Over four days in the last part of May 2019, an international scientific conference on C1-INH deficiency was held for the 11th time in Budapest, Hungary. This year, another word was added to the title of the event, now reading “11th C1-INH Deficiency & Angioedema Workshop”.

“This designation better reflects the agenda of the conference, because it has become a forum for discussing topics also on other bradykinin-mediated hereditary and acquired angioedemas, in addition to C1-inhibitor deficiency”, says conference chairs Henriette Farkas and Lilian Varga.

Based on the 82 submitted abstracts, the programme included 36 oral and 46 poster presentations. These were supplemented by lectures delivered by Patricia Pozo-Rosich (Spain) on the relationship between migraine and angioedema, as well as by Michael Kirschfink (Germany) on the standardization of the laboratory methods applied for complement testing. Furthermore, Avner Reshef (Israel) summarized the prodromal symptoms of angioedema. By tradition, the agenda of the conference comprised consensus meetings and roundtable discussions intended to facilitate the adoption of international guidelines. This year, Anastasios E. Germenis (Greece) moderated the roundtable session “International consensus on the use of genetics in the management of HAE”, whereas Teresa Caballero (Spain) lead the discussion on “International consensus on the gynecologic and obstetric management of female patients with HAE – updates”. Further, the HAE Global Registry Work Group established to develop an international database on HAE held its meeting during the conference. Also, the delegates of the International Hereditary Angioedema Nursing Organization held a consultative meeting on improving the state-of-the-art care of angioedema patients.

This time some 330 delegates from 39 countries took part in the conference. Researchers, medical professionals, drug development specialists, members of patients’ organizations, and nurses were represented in the audience, which over the past two decades has become an active and creative community.

The 2019 “For HAE Patients” award was presented to Teresa Caballero, who delivered a presentation in the festive session of the first conference day. On the fourth and final conference day, Allen Kaplan (the United States of America) summarized for the audience all the topics and findings discussed at the 11th C1-INH Deficiency & Angioedema Workshop.

You will find summaries of the presentations below images 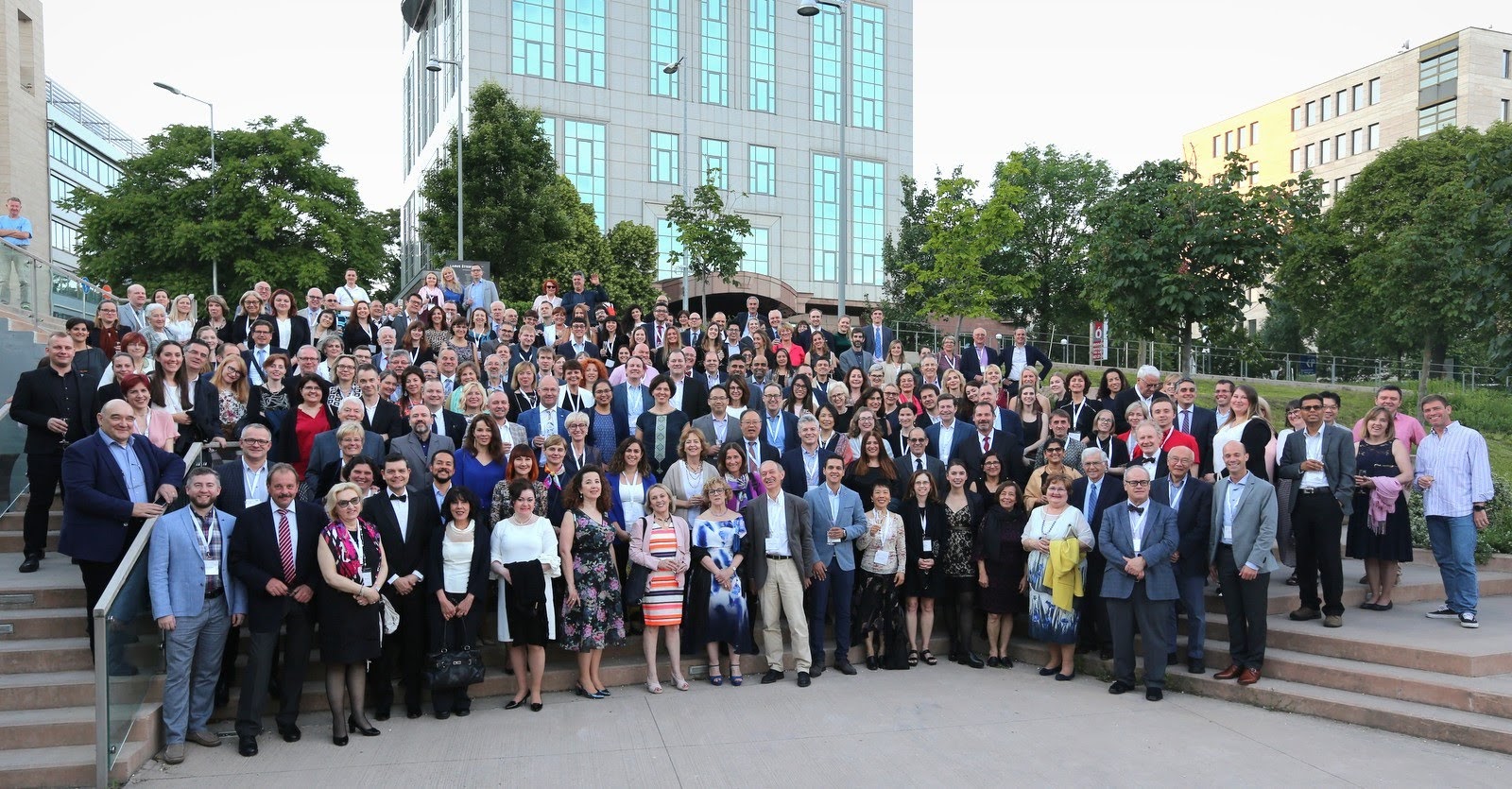 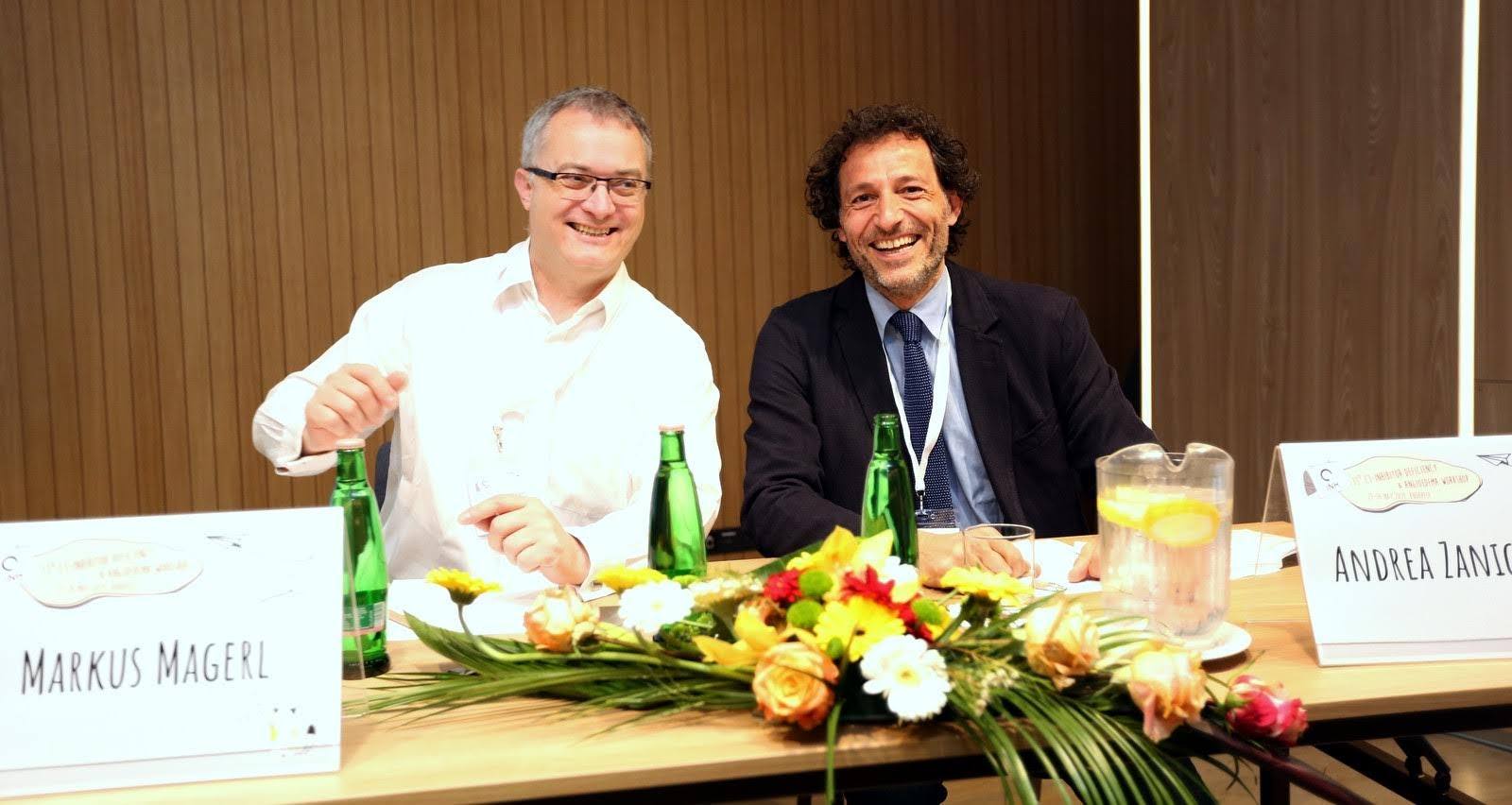 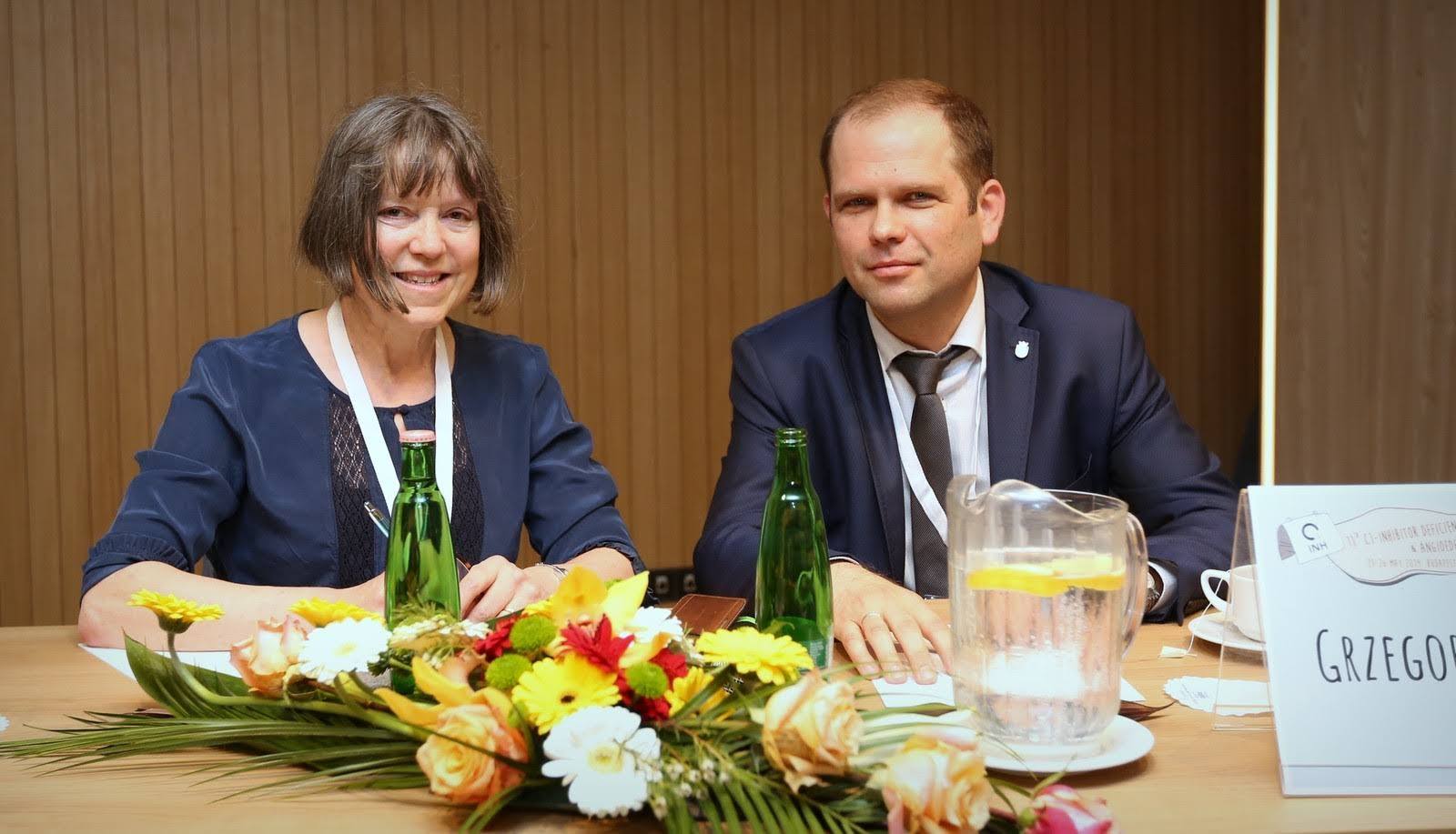 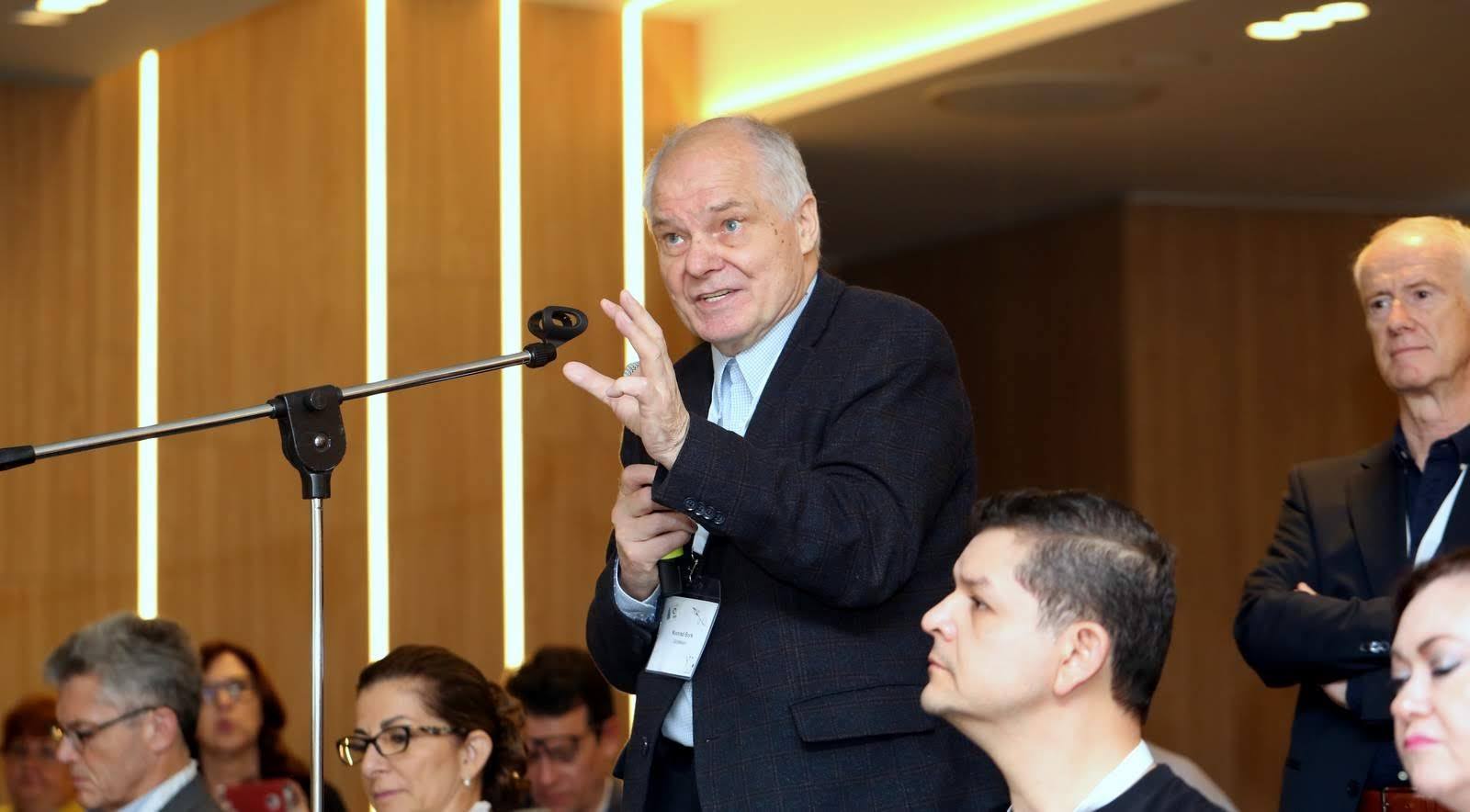 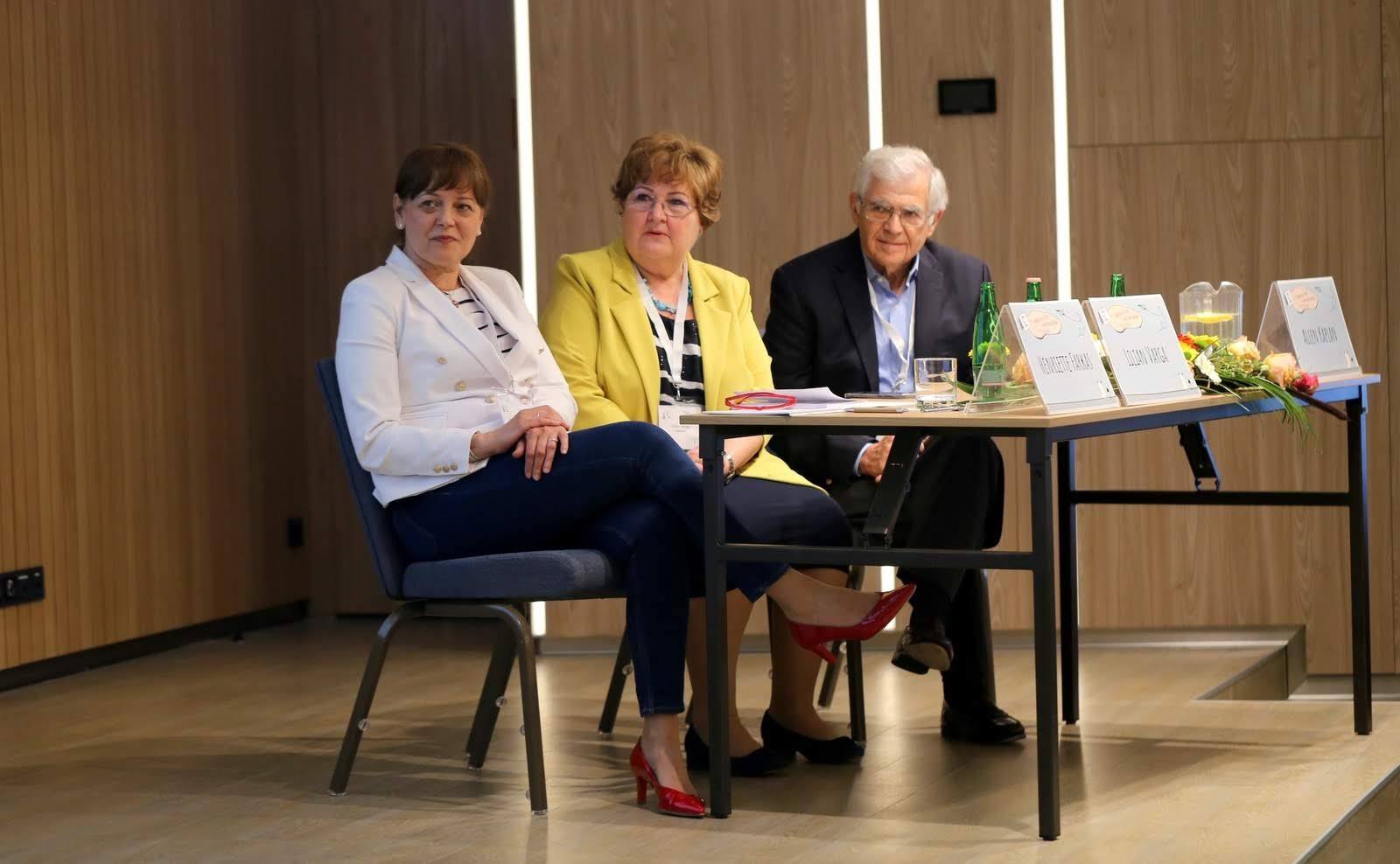 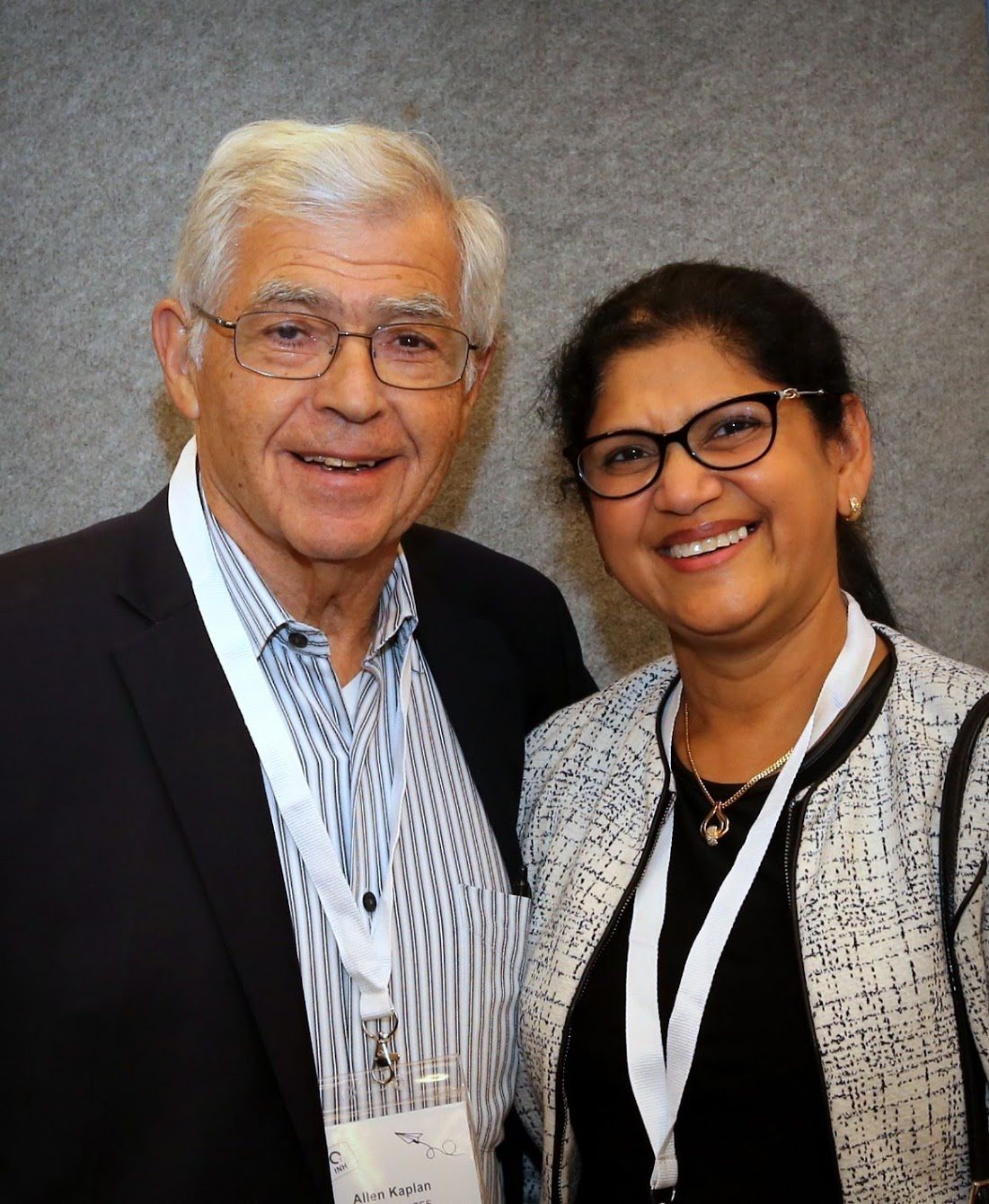 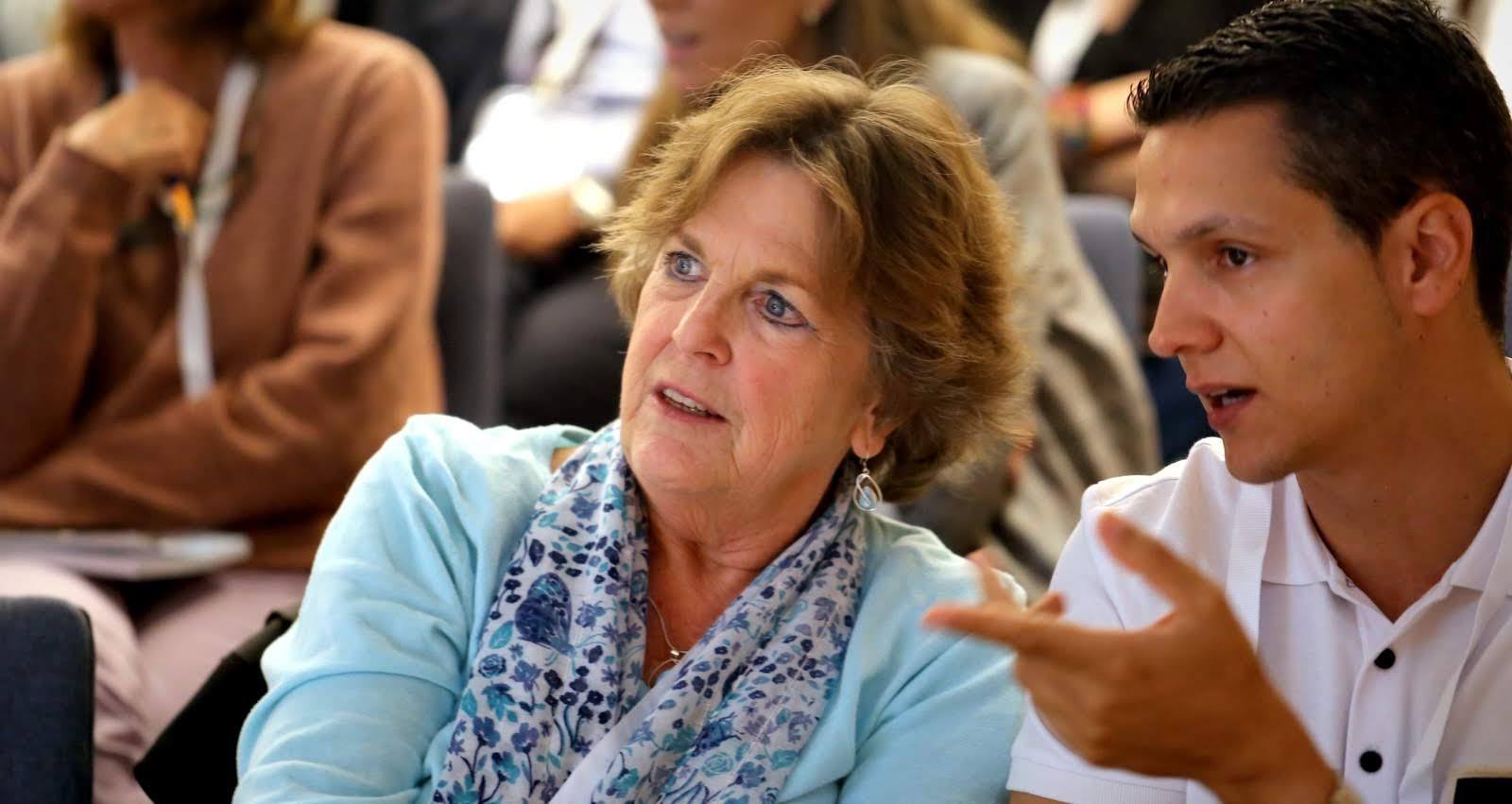 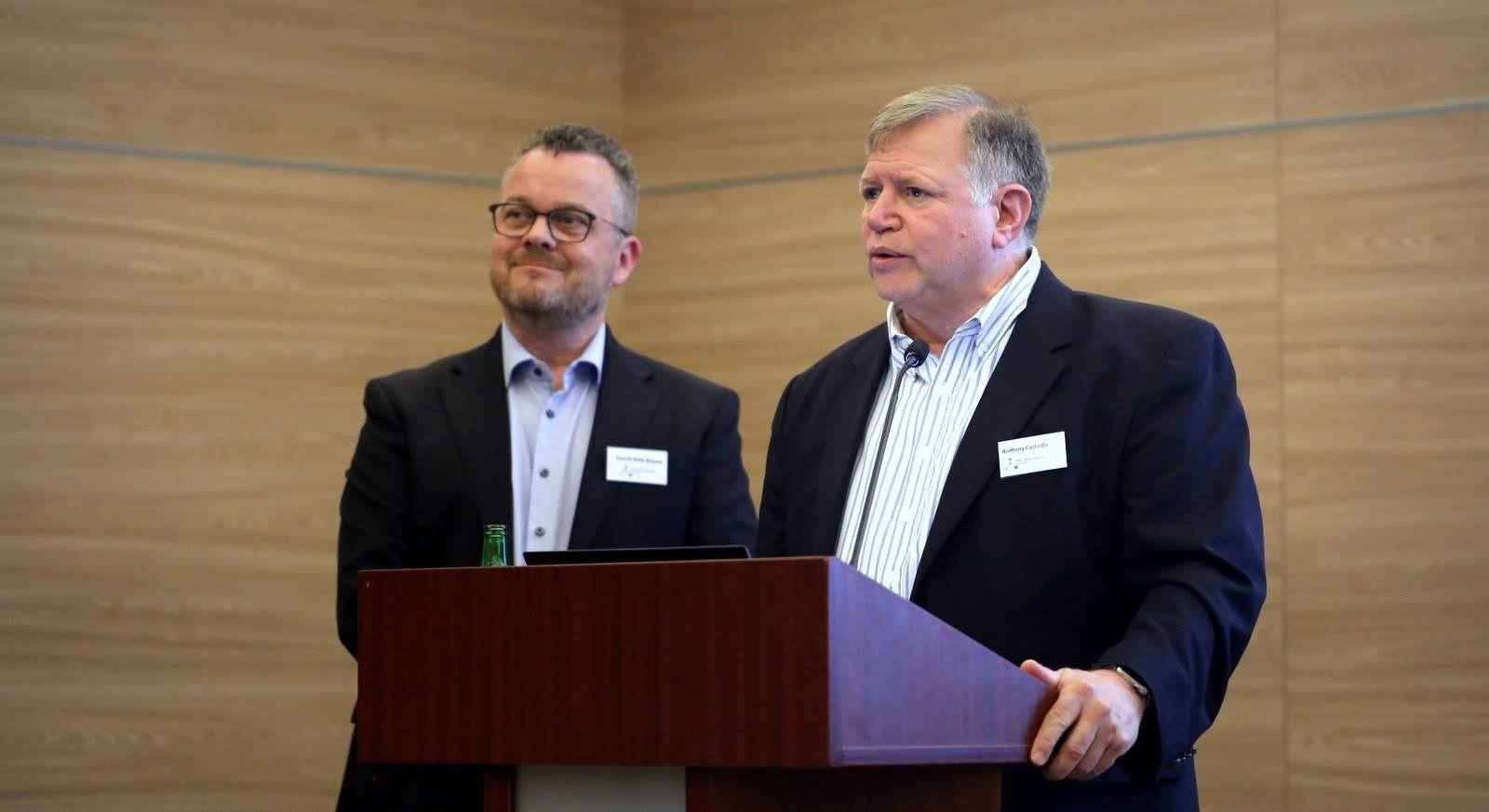 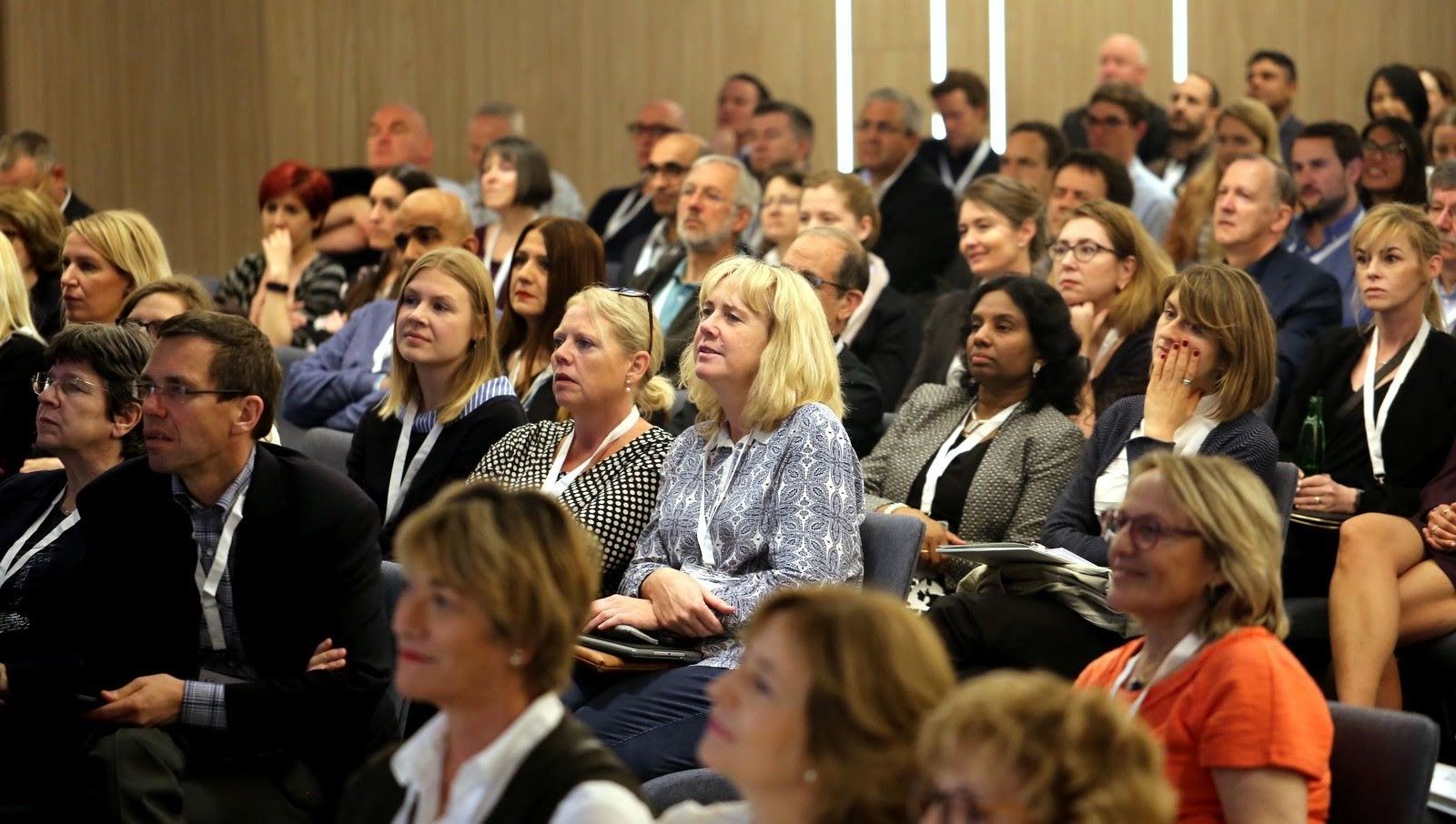 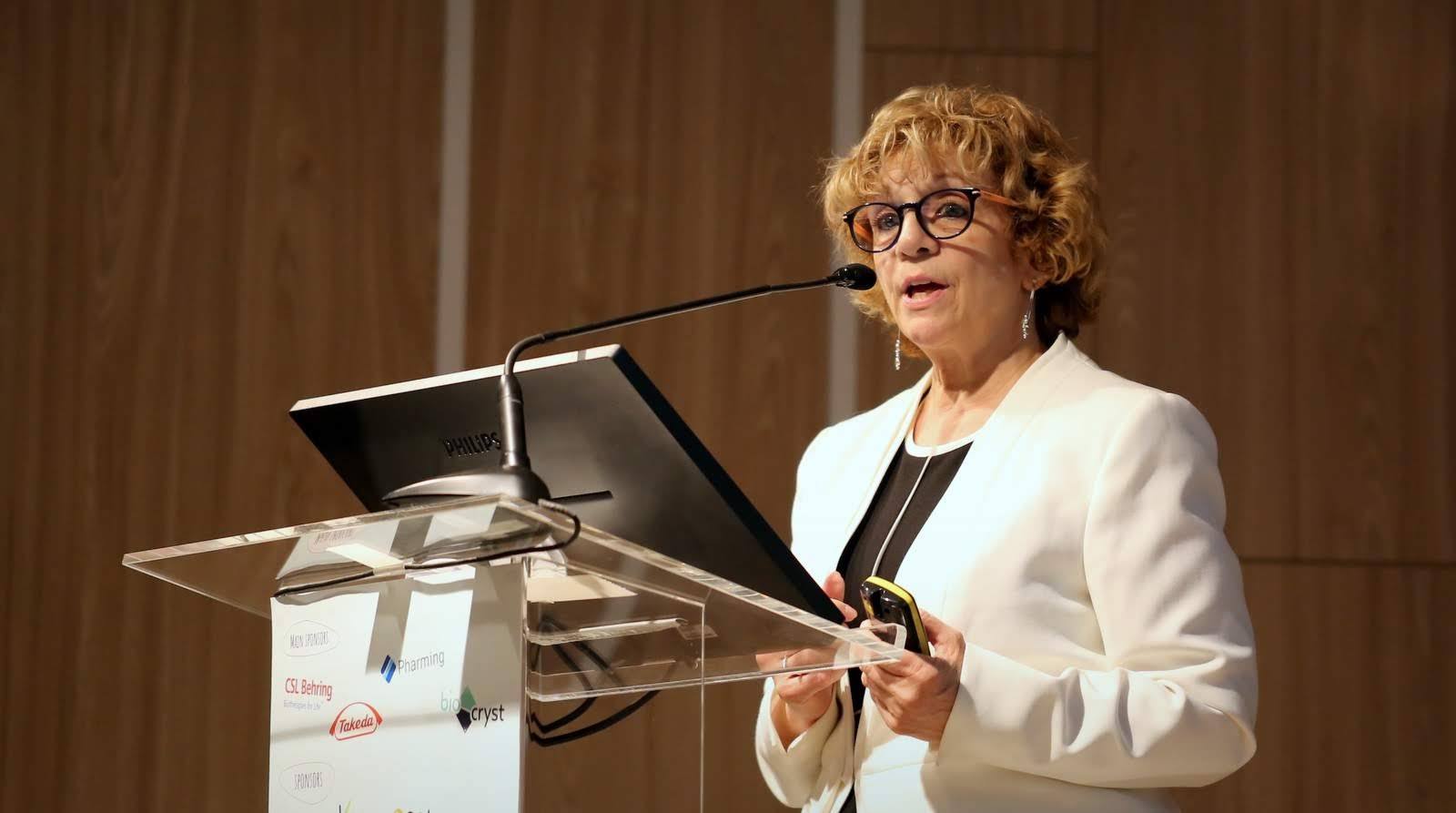 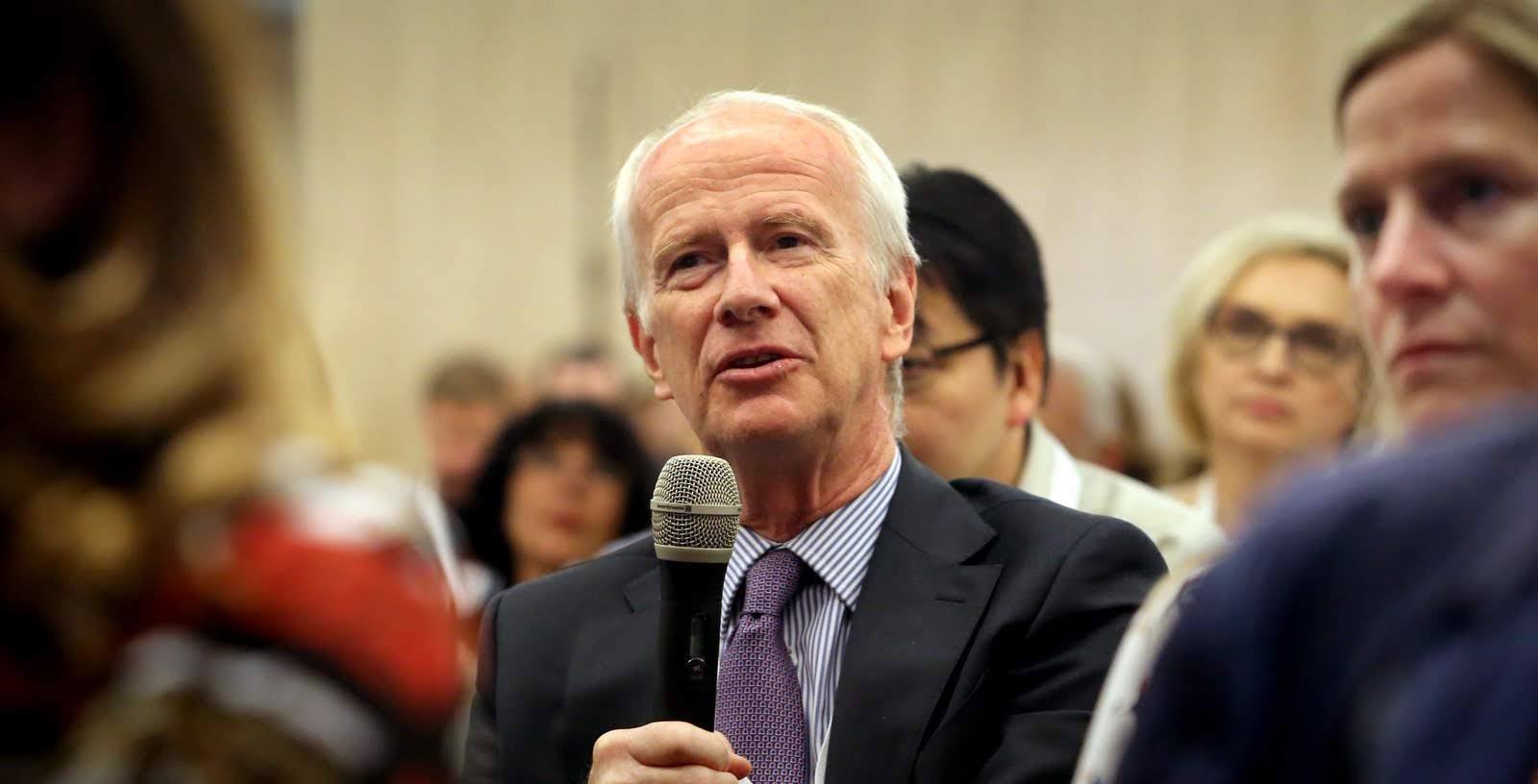 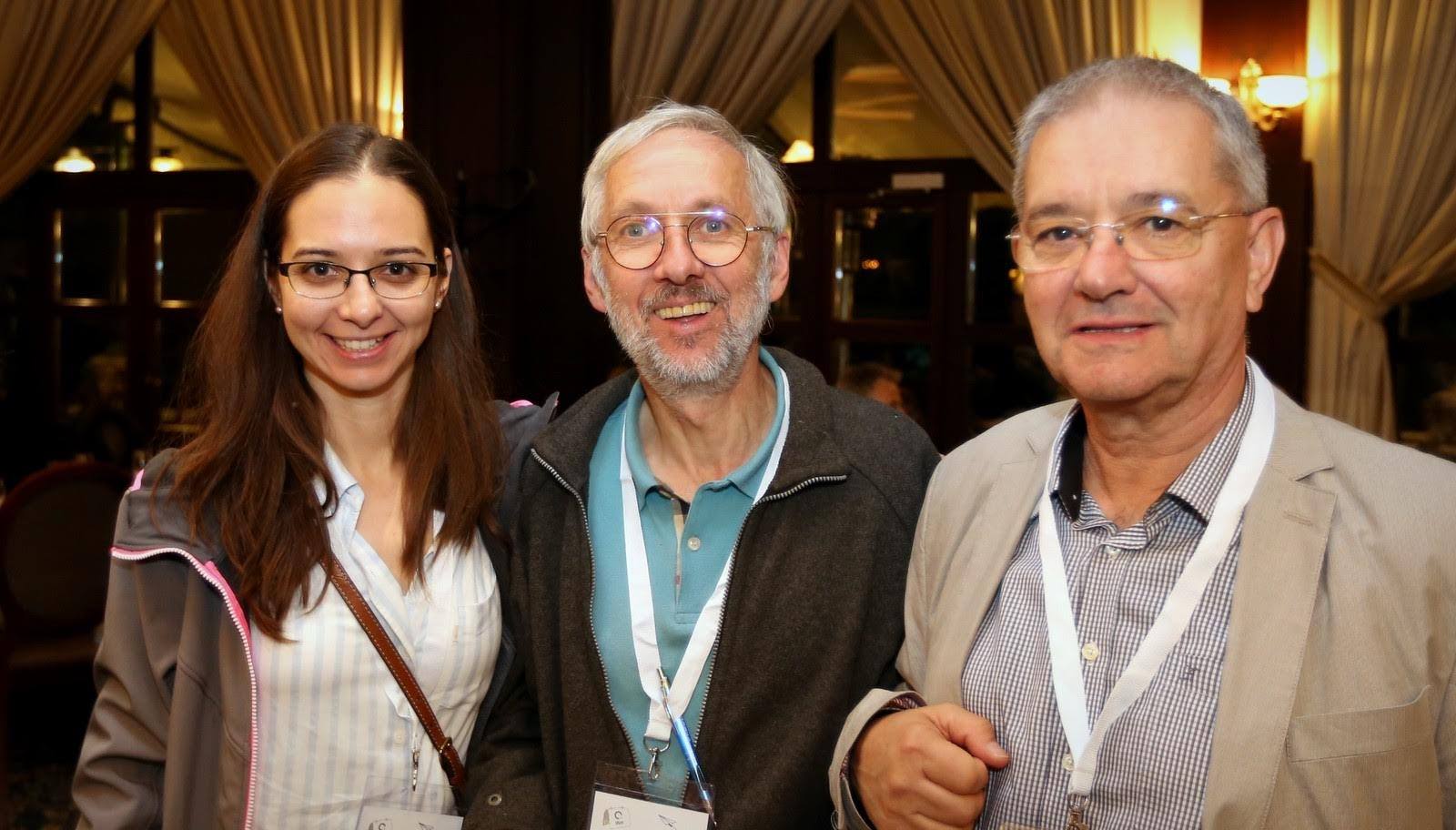 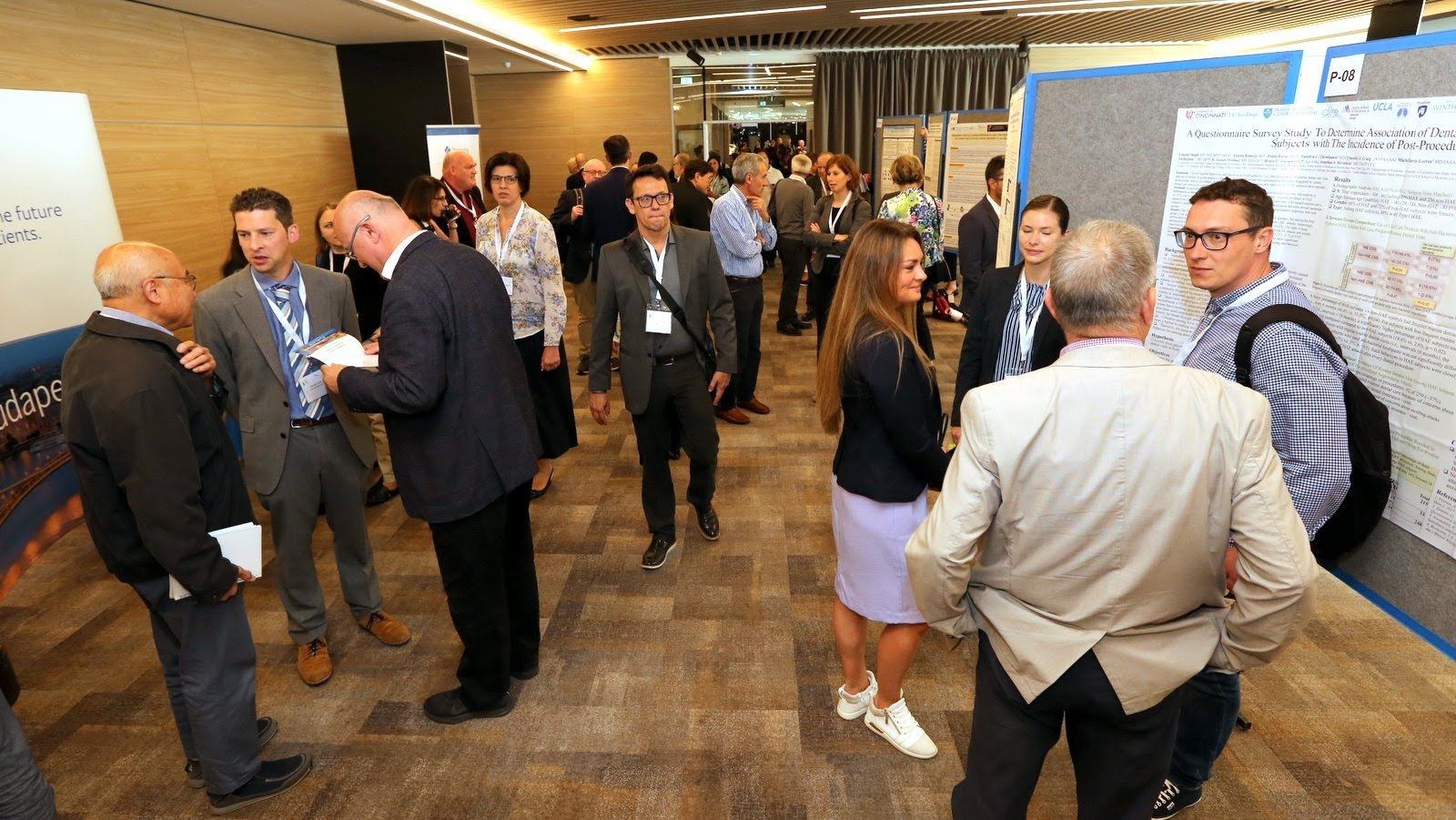 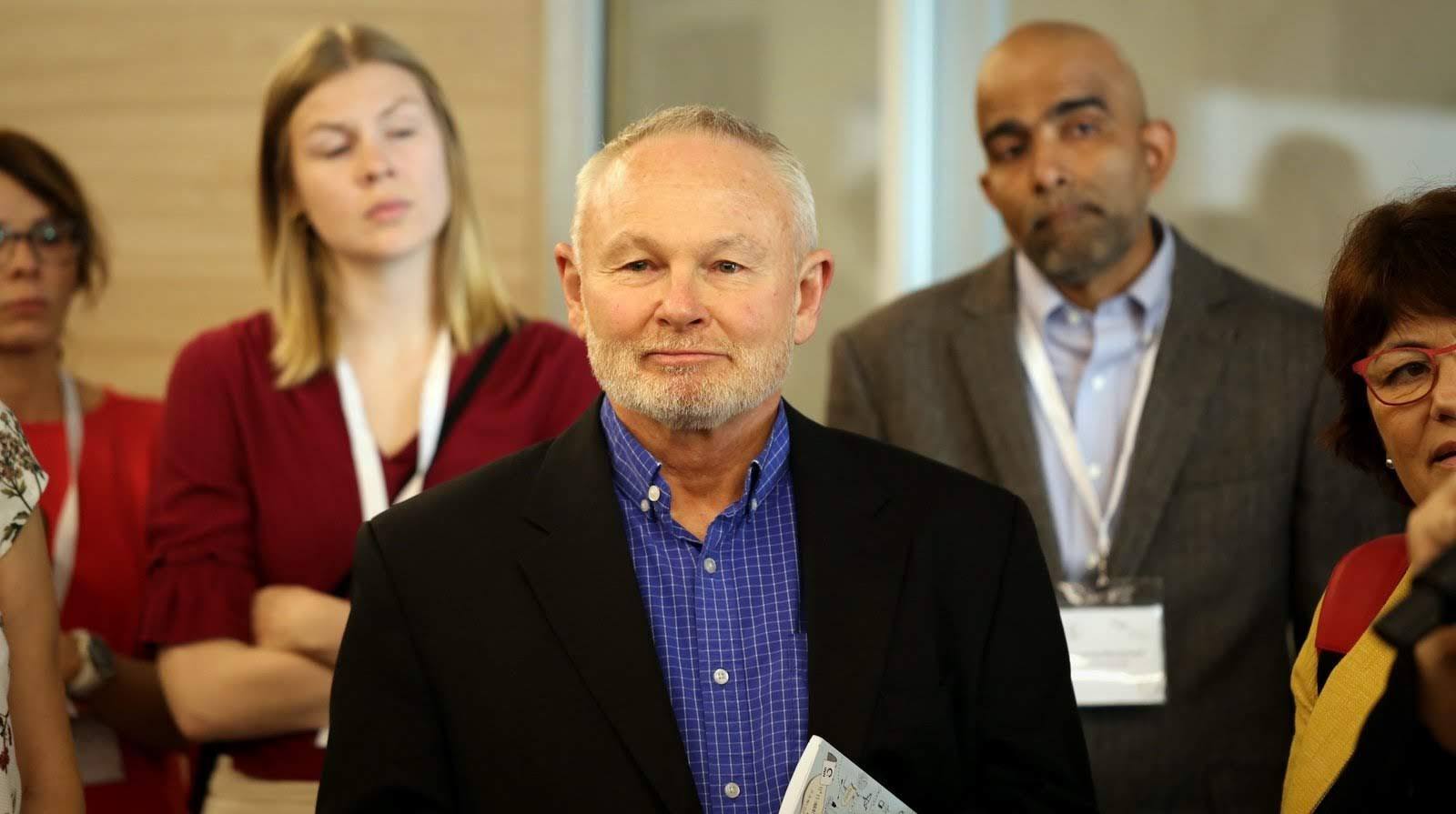 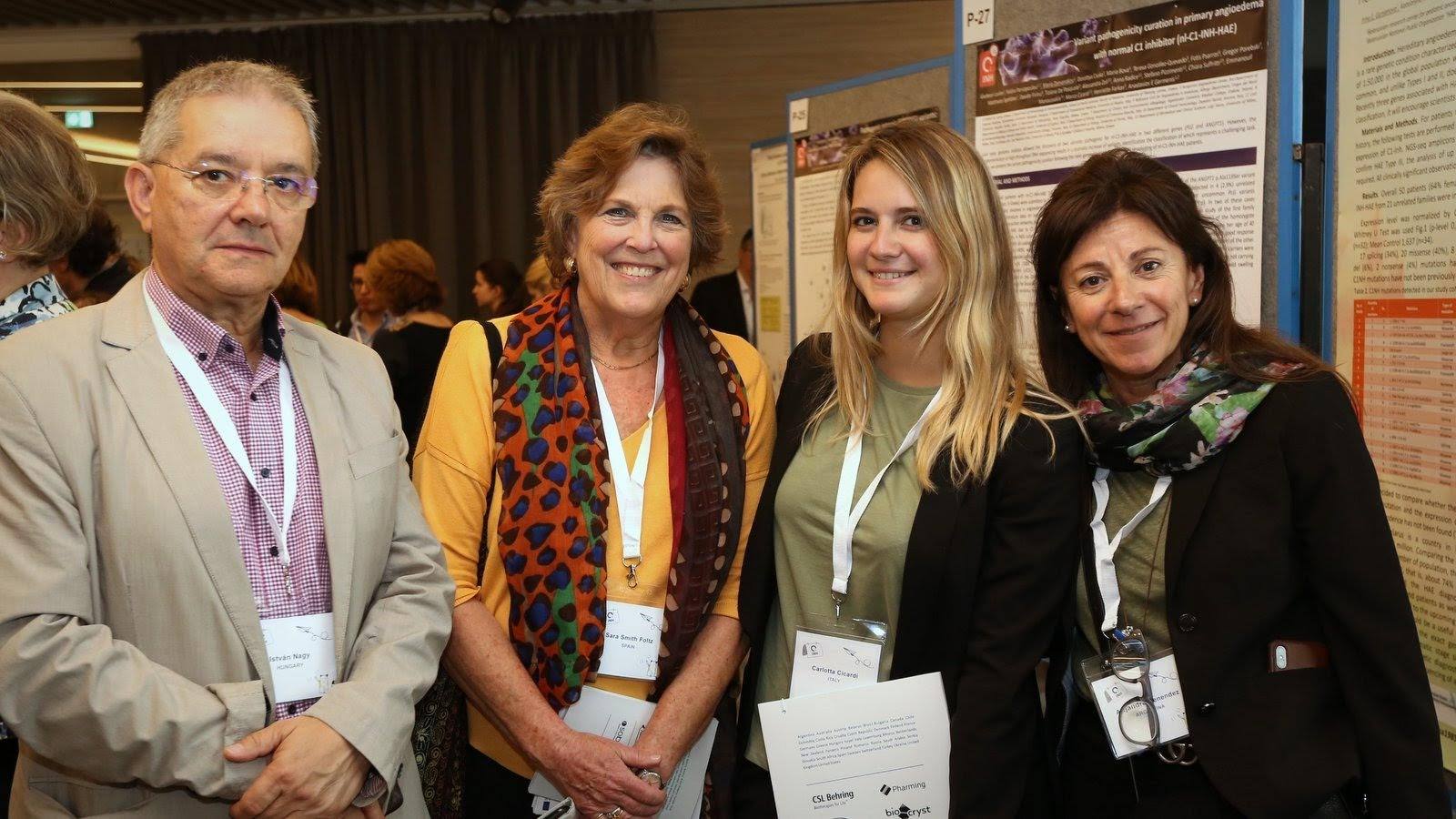 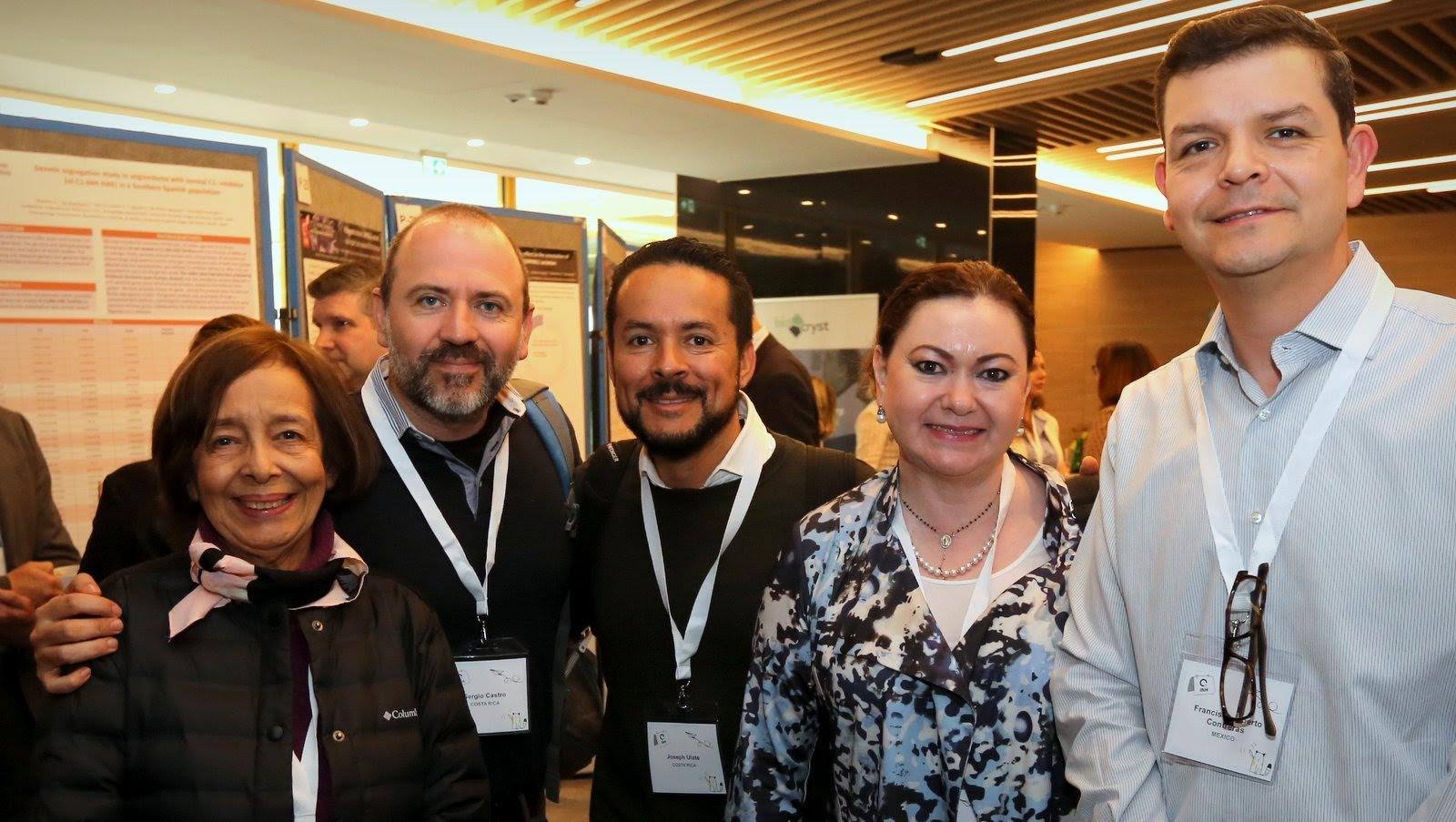 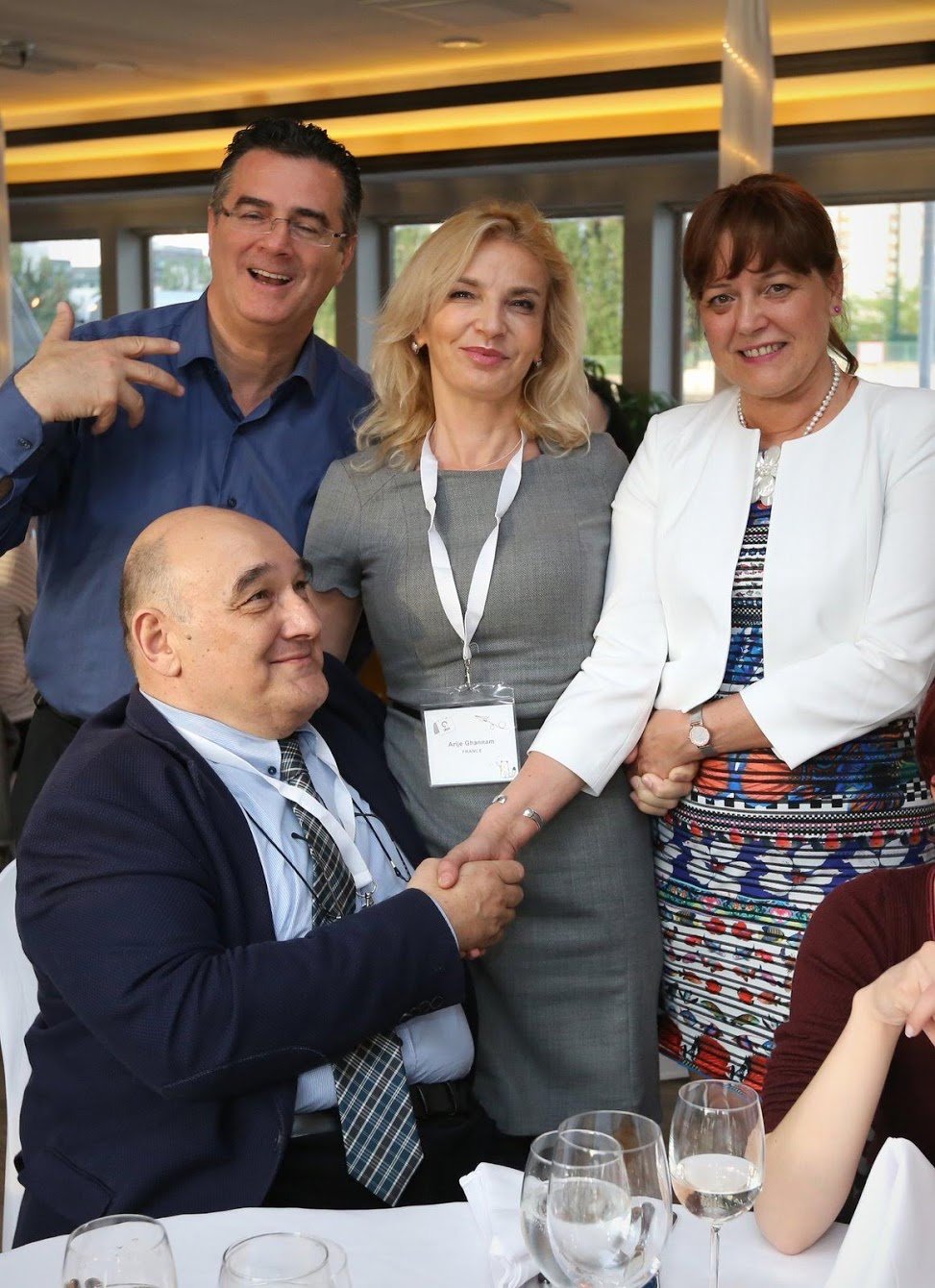 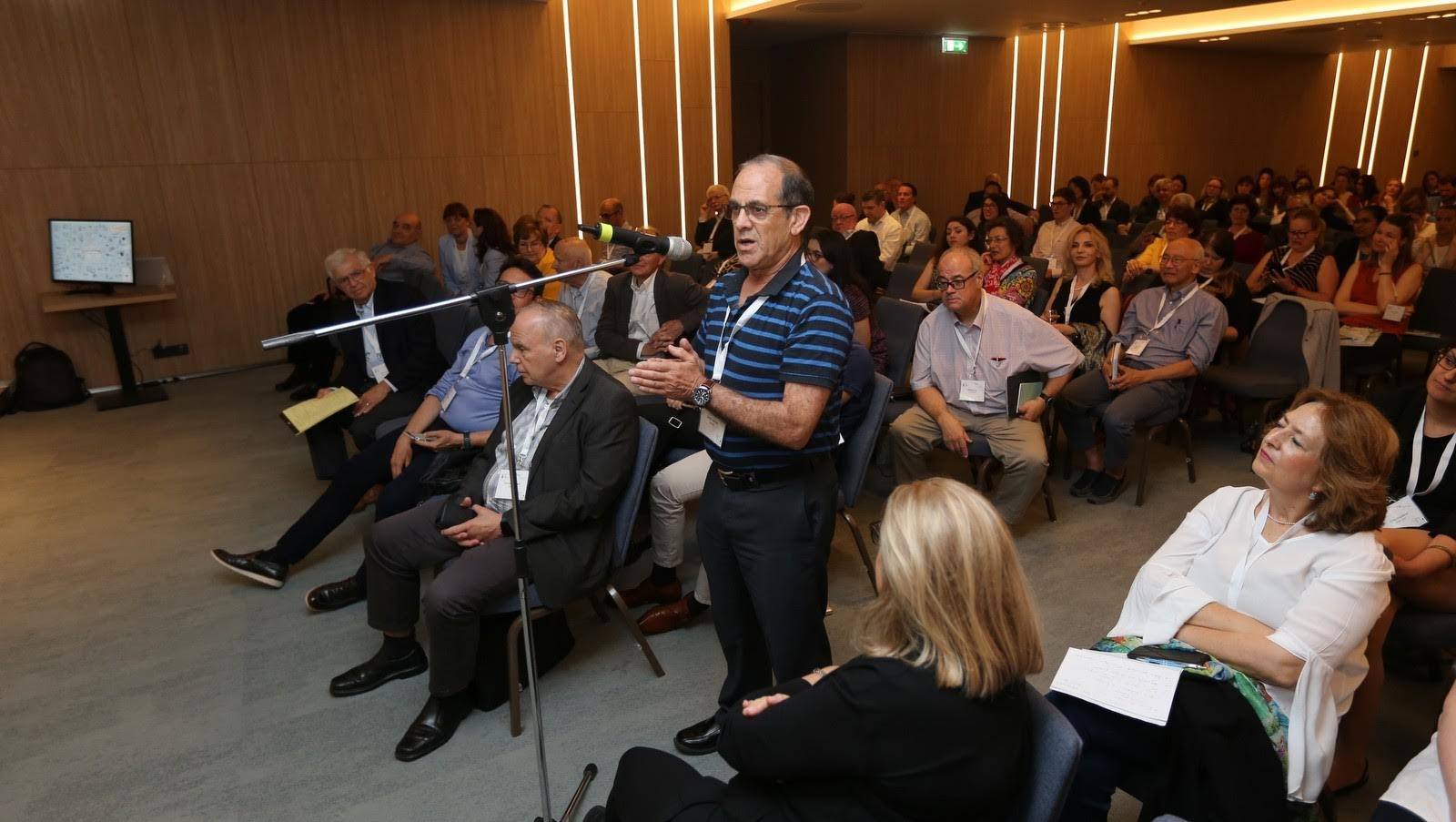 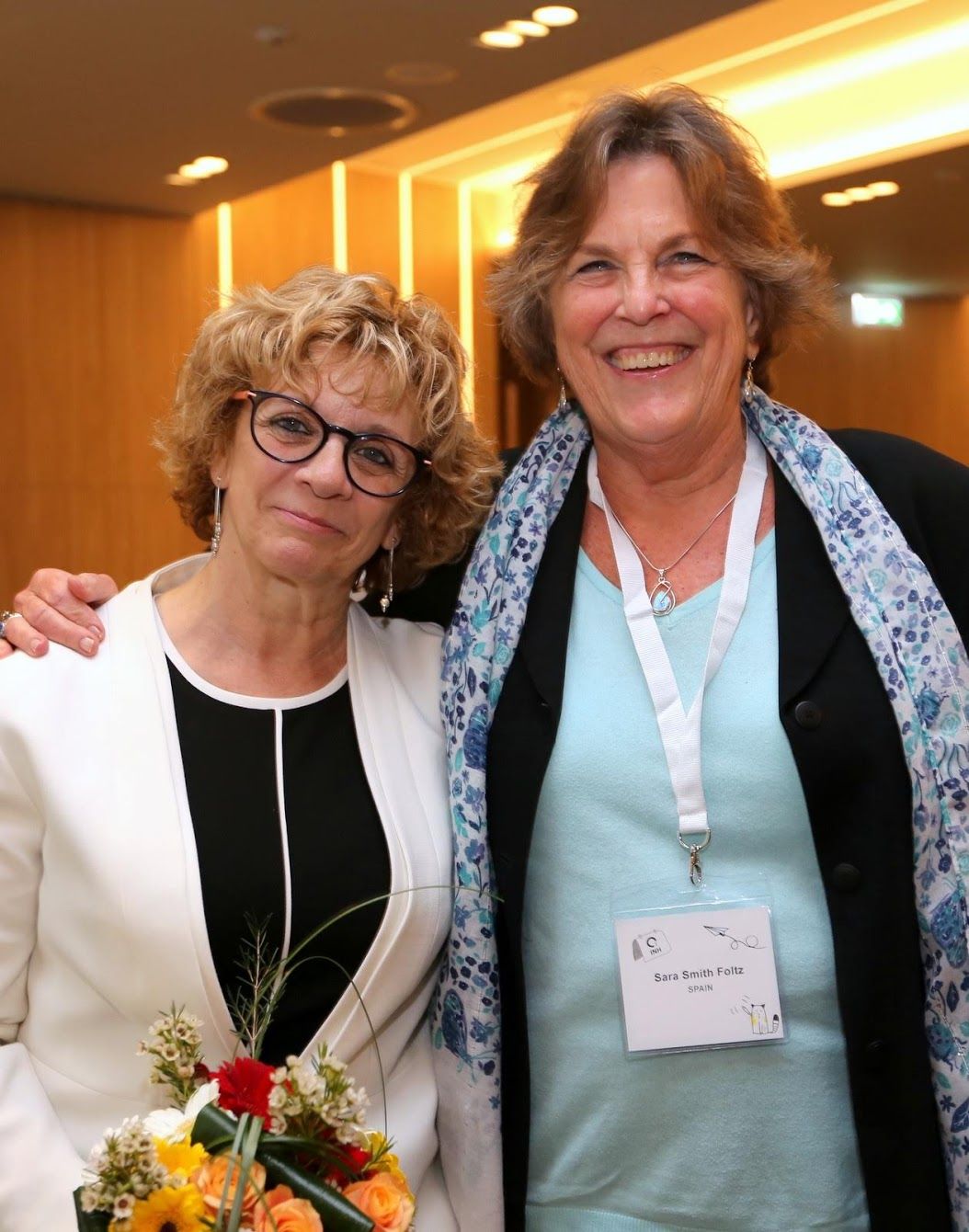 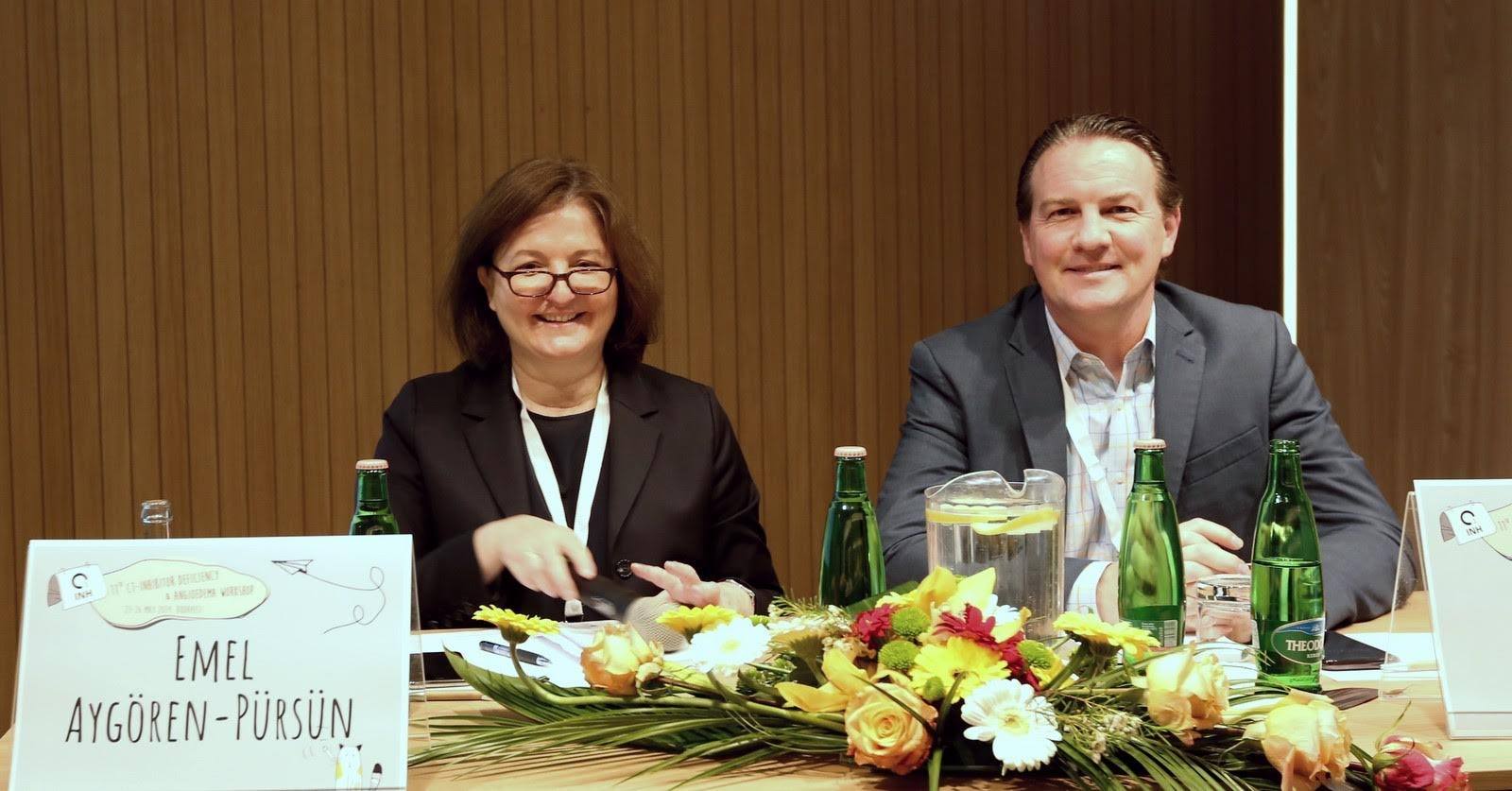 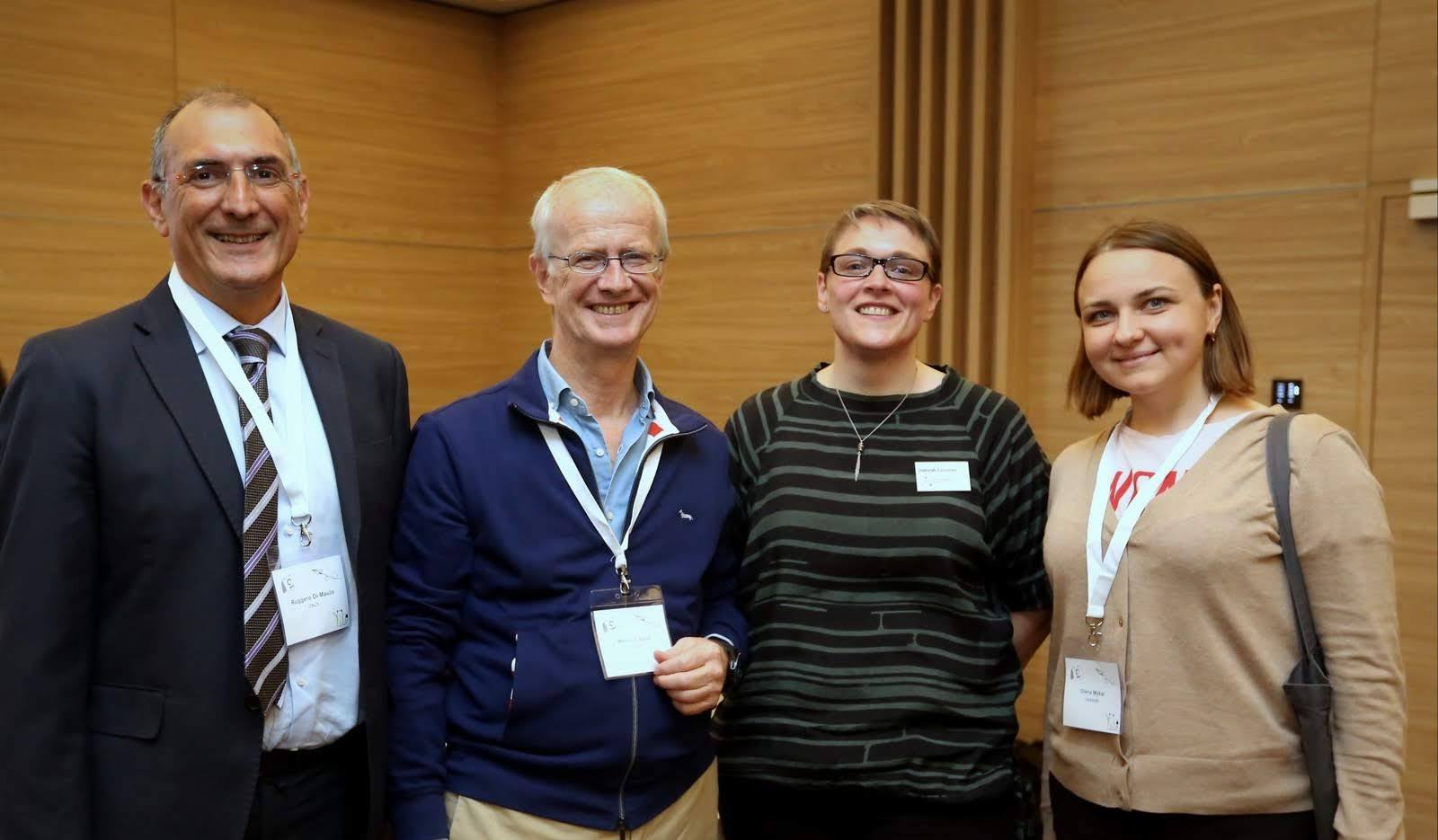 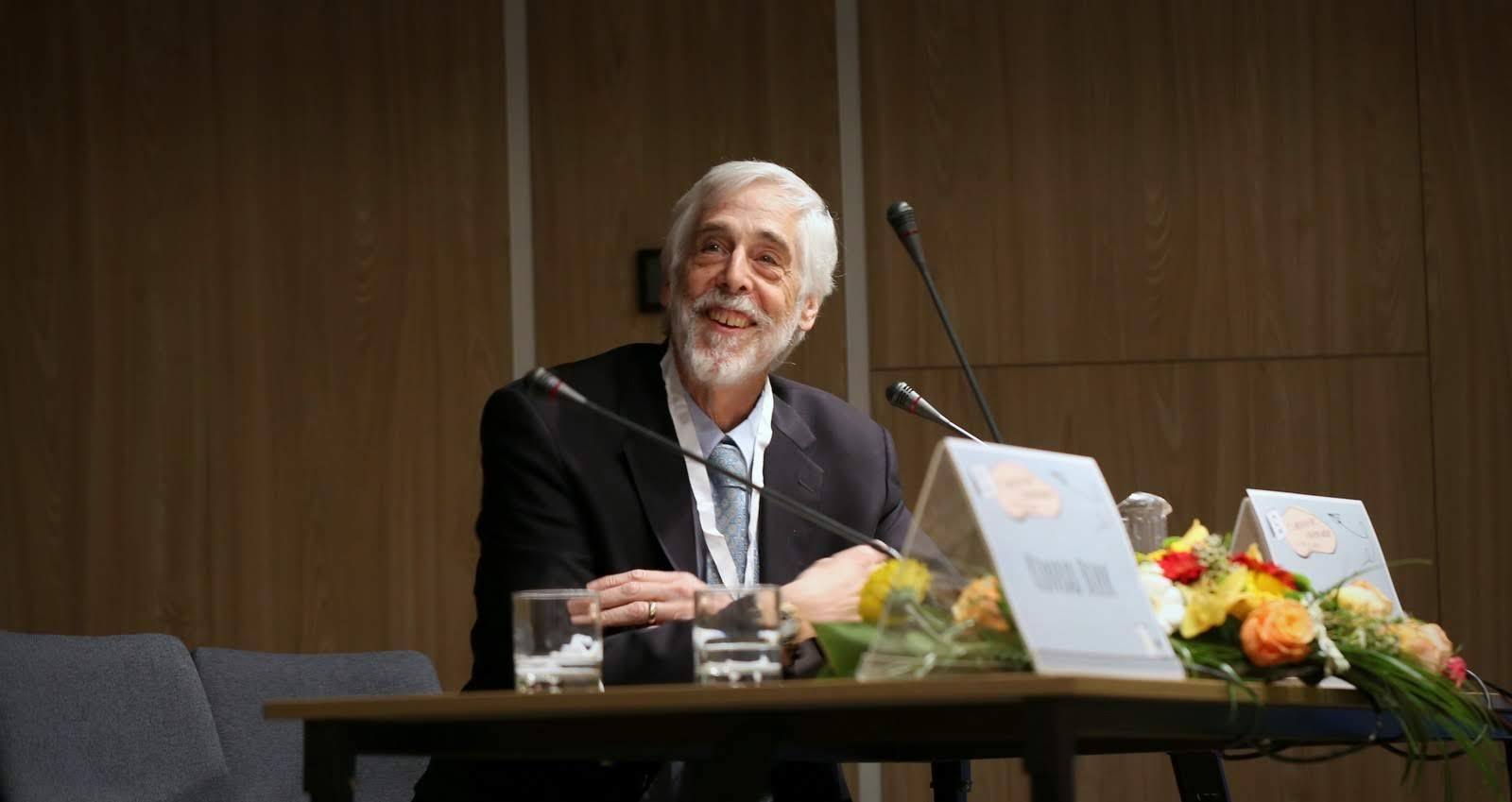 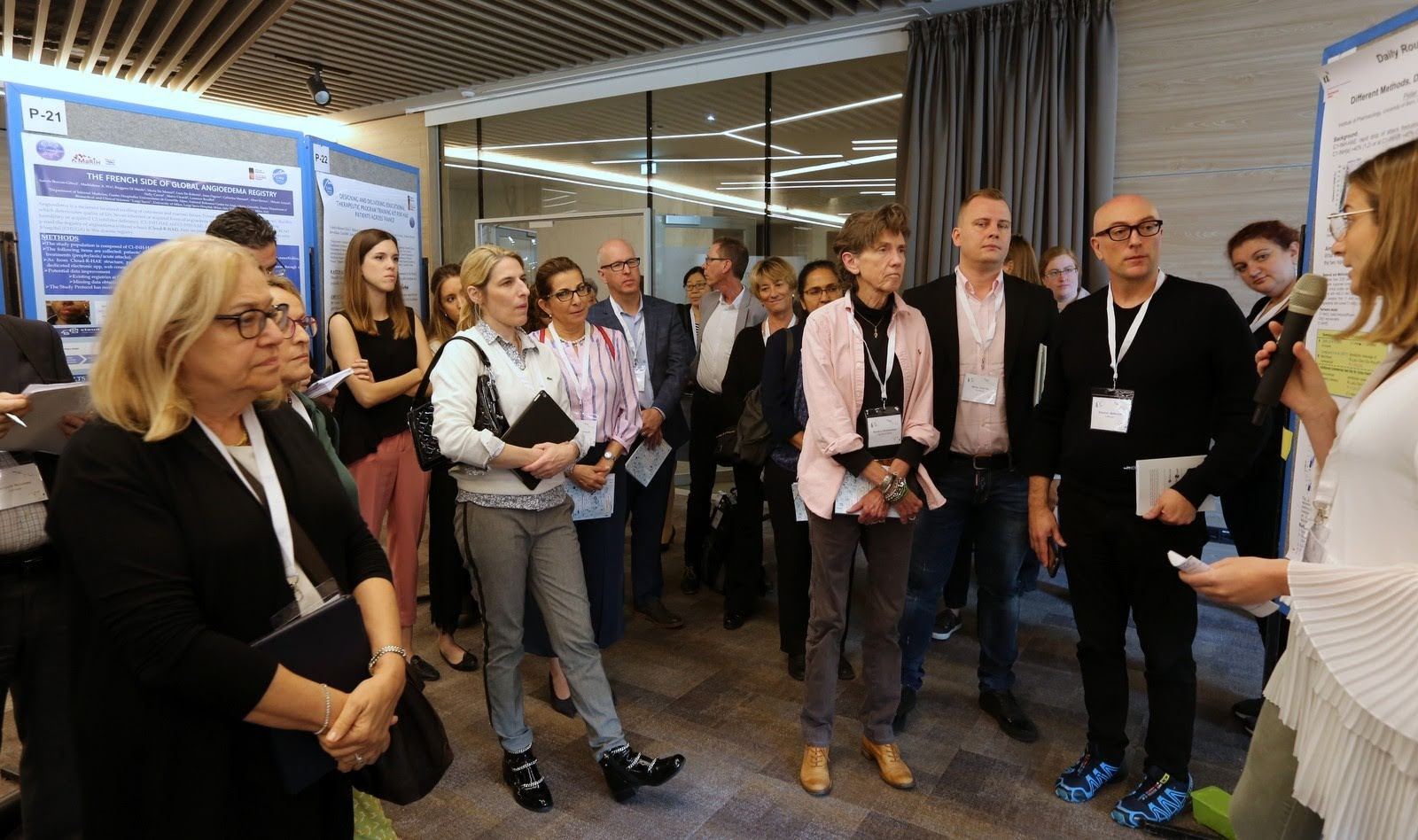 The following are short extracts from some of the more than 80 presentations made at the 11th C1-INH Deficiency & Angioedema Workshop.

Which are the clinical, pathophysiological and therapeutic similarities between migraine and HAE with C1-inhibitor deficiency? – by Patricia Pozo-Rosich, Valld’Hebron University Hospital, Spain:

Both migraine and C1-INH-HAE are genetically-driven paroxysmal disabling diseases, which are characterized by recurrent unpredictable episodic attacks. In rare cases, C1-INH-HAE is manifested with neurological symptoms, including cephalalgia, which does not respond to conventional treatment. The complement system has important function in the regulation of bradykinin release within the brain. Some of the inflammatory molecules in migraine can be measured indirectly (serum, CSF). This is different from C1-INH-HAE, where conventional laboratory tests are of diagnostic value. The pathophysiology shares the presence of inflammatory molecules, which lead to pain in migraine and angioedema attacks in C1-INH-HAE. Therapeutic options of both diseases are to be personalized and target-driven.

In the diagnosis of the various types of angioedema there is considerable need for consensus and standardization of analytical methods. In recent years, laboratories specializing in complement analysis have joined with the International Complement Society and the IUIS to coordinate efforts to standardize and improve complement testing, ongoing efforts show first promising results. Eight rounds of external quality assessment, now covering 18 parameters, also including those to better characterize angioedema patients have been completed. It is recommended to extend this effort to a more comprehensive analysis of parameters of the clotting and kallikrein-kinin systems for better defining the pathophysiological background and to distinguish angioedema with C1-inhibitor deficiency from primary angioedema.

Despite consistent patient reports, prodromes remain elusive, and their precise nature and mechanisms are unknown. Prodromes have not been adequately investigated, and systematic tools for their evaluation are missing. Accurate prodrome evaluation is critical for early diagnosis of attacks and timing of medical interventions, particularly in an era when effective drugs are available for self-treatment.

The fundamentally different read-out systems of assay methods provide different result in C1-INH-HAE patients and this comes apparent when C1-INH functions are compared on basis of concentrations. The results of the complex formation read-out fit better to C4 concentrations and the clinical observations. The assay systems compared are those of daily routine diagnostic testing and are based on complement parameters. However, HAE is a pathophysiology of contact activation and the kinin system. Therefore, and because of the introduction of new therapy options, it is an urgent diagnostic need to develop new routine assay methods. Assays on basis of complex formation between C1-INH and target proteases should get particular consideration.

Erythema marginatum can be considered as the first phase of the HAE attack, as levels of C3, Factor B, C1-INH concentrations and C4 begin to decrease during the prodromal symptom, and this trend continued during HAE attacks. Nevertheless, more patients and further investigations of the kinin-kallikrein, coagulation and fibrinolytic systems are needed for better understanding of the pathomechanism of erythema marginatum. A new, individualized therapy, administered during erythema marginatum to prevent the development of HAE attacks seems to be thoroughly grounded.

Although more than 80 percent of the patients had family history and several members affected, there was a delay in diagnosis. Abdominal pain and surgical interventions were less frequent than reported in adulthood. Attenuated androgens were prescribed for pediatric patients, probably due to restricted access to on demand therapy. Only recently Icatibant was licensed for use in children, nevertheless it had been previously used in our population. Educational programs should focus on pediatricians, aiming at reducing delayed diagnosis and providing appropriate therapy.

The change of the C1-INH concentration, activity or the amount of the measured complex levels cannot totally explain when and why a patient will have an attack. The pathomechanism of the attack formation may have other important factors, which are still unknown. Maybe the local C1-INH production (for example generated by endothelial cells) also take part in the attack formation. The fast changes in the amount of enzyme/C1-INH complexes during the follow up study may reveal that we need a very strict timing if we want to make a good comparison between the amounts of the complexes during attacks.

PHA-022121, the first-in-class orally active bradykinin receptor B2 antagonist for on-demand and prophylactic treatment of HAE – by Anne S.J. Lesage, Pharvaris, The Netherlands:

Pharvaris is developing PHA-022121 as a first-in-class novel proprietary small-molecule antagonist of the B2 receptor, for oral on-demand treatment of acute HAE attacks and for prophylactic prevention of attacks. Based on experimental data and modeling, Pharvaris expects that a single daily pill of less than 30 mg will provide therapeutic efficacy for at least 24 hours. Pharvaris plans to develop PHA-022121 as an oral on-demand and prophylactic treatment of HAE attacks.

Clinical evaluation of pharmacokinetics, pharmacodynamics, safety, and efficacy dose-response of BCX7353 as an acute treatment for angioedema in patients with HAE – by Marcin Stobiecki, Jagiellonian University Medical College, Poland:

The observed pharmacokinetic, pharmacodynamic, treatment effects, dose-response, and safety and tolerability profile of oral BCX7353 warrant confirmatory Phase 3 evaluation of the 750mg dose as an acute treatment for angioedema attacks in HAE.

A single oral administration of up to 600 mg KVD900 is generally safe and well tolerated without any severe adverse events. KVD900 achieves rapid suppression of plasma kallikrein activity.

Long-term prophylaxis with pdhC1INH was more frequently needed by women, proved to be an effective, safe and well-tolerated alternative in patients with contraindications for administration of conventional long-term prophylaxis, including pregnancy and lactation.

130 patients with HAE-C1-INH aged <18 years were followed at the HAE Comprehensive Care Center at the University Hospital Frankfurt, Germany. The clinical manifestation of HAE-C1-INH begins in childhood mainly, the vast majority occurs already until age 18. Even in childhood and adolescence, HAE-C1-INH is a many facetted disease. All sites of attacks that are involved in manifestation of HAE in adult patients, including the laryngeal region, are represented in the initial manifestation already, although with a tendency towards involvement of extremities. In total, attack frequency increases with age from the onset of disease until the adult age is reached.

Higher annual rate of HAE in HAE-C1-INH patients above the age of 65 compared to patients aged 18 to 64 years – by Emel Aygören-Pürsün, University Hospital Frankfurt, Germany:

Attack characteristics in 147 adult patients with HAE-C1-INH followed at the HAE Comprehensive Care Center at the University Hospital Frankfurt, Germany, were investigated. Patients with HAE-C1-INH aged 65 years or more had more attacks than younger adults. Apart from more diligence in the documentation of attacks or possible selection of more severe cases in the older patient population, this may be an indication of an individual increase of the attack rate over a lifetime.

The shortage of plasma derived C1-INH has impaired patients’ quality of life and sometimes put their lives at risk. CREAK (National Reference Center for Angioedema) and ANSM (National Agency for Health and Drugs) had to advocate off-label uses of certain products. Since October 2018, France has obtained the availability of lanadelumab for these severe patients in order to depend less on plasma derived C1-INH. The first encouraging results give new hope to patients and doctors.

Metabolic syndrome, obesity and cushing syndrome are serious complications of the excessive use of steroids in patients with type I HAE. As allergologists we must intervene quickly and aggressively seeking to avoid the increased in cardiovascular risk and type 2 diabetes in this group of patients.