Studies suggest that 50% of people with HAE report their first symptoms by the age of 10 and most people have experienced symptoms/their first attack before age 18.

Although there are exceptions, HAE symptoms are usually mild in young children, however, attacks have been reported in children as early as 1 year of age. The frequency and severity of HAE attacks may increase during puberty and adolescence.

People with HAE have also reported other triggers such as:

In women, menstruation and pregnancy can affect HAE symptoms. Some women with HAE report an increase in the number of attacks during their menstrual periods. The scientific literature reveals that there is considerable variation in the frequency of attacks experienced by pregnant women with HAE.

Use of estrogen-derived medicines, such as oral contraceptives and hormone replacement therapy, is also associated with an increase in the frequency and severity of HAE attacks.

People with HAE should consult with their HAE treating physician regarding alternative, non-estrogen, birth control options.

Often used to treat high blood pressure, ace inhibitors are known to increase the frequency and severity of HAE attacks and, therefore, should be avoided.

Trauma to the mouth caused by dental procedures can trigger oral swelling and increase the risk of throat/airway swelling. Consult with your HAE treating physician before undergoing dental procedures. 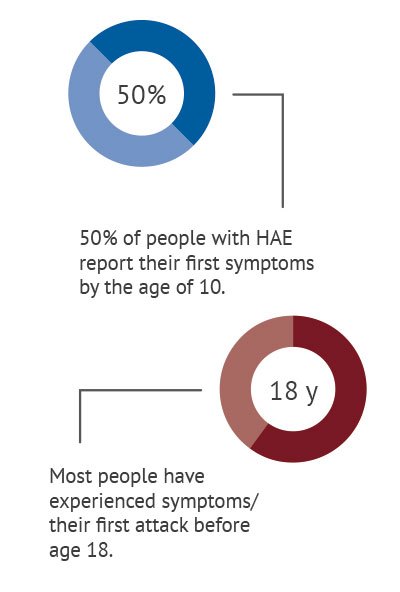 Courses, advocacy training, and tools to support people living with HAE and becoming an HAE advocate

Access to HAEi’s emergency card in many languages and ACARE Centers, HAE knowledgeable hospitals and physicians

Easy-to-use electronic diary of HAE treatments (preventative and on-demand), HAE attacks, and the impact HAE has on life