Previous Next
News from Japan

As in previous years, on 22 February 2020 we hosted the Rare Disease Day event for Kobe City. Many other Rare Disease Day events had been cancelled due to the COVID-19 situation, but as ours is a relatively small event we decided to go ahead with some precautions. We had an unusually large turnout as patients who would have attended Rare Disease Day event in other nearby cities came to Kobe. One of the very enjoyable sides of this event is that we got to speak to patients and families representing a number of other disease areas. There was a strong sense of connection and commonality.

HAE Japan held its 6th Annual General meeting using Zoom on 30 May 2020. Our priorities for the next year include gaining a better view of the attack frequency and treatment landscape around children and young people with HAE in Japan, and creating resources to support them and their families. We are currently sending out a questionnaire to HAE physicians to gain a better idea of treatment options and needs.

We have translated the Brady Club book into Japanese and are currently getting this printed with a plan to distribute copies to our young members. We have many other ideas we want to pursue over the year. 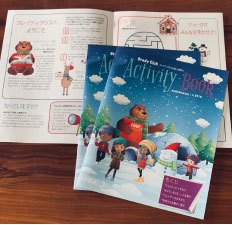 We are also trying to better support patients diagnosed with HAE with normal C1. We are reaching out to HAE International to gain the latest scientific information in order to provide better educational resources to our members in the Japanese language.

We are looking forward to having access to one or more modern prophylactic treatment in the not too distant future. In February, BioCryst announced that it has submitted a new drug application to the Japanese Pharmaceuticals and Medical Devices Agency (PMDA) for approval of its oral, prophylactic treatment for HAE after running the APEX-J trial. In April, CSL Behring announced that it would be conducting a CSL830 HAEGARDA Japan trial.

We continue to lobby to get self-administration for C1-inhibitor for acute attack therapy authorised. During the COVID-19 shutdown, HAE patients have had to go to major hospitals, as usual, to get treatment even though most treating hospitals are serving as the designated COVID-19 treating hospitals. Patients and family have expressed their unease at having to go to the emergency department to receive treatment at a time when the overwhelming message has been to stay at home where possible.