The story of HAE in the family of Ann Price (United Kingdom) started with much ignorance, fear, pain, and mismanagement, but now she and her HAE relatives have confidence and enough control over the situation to live full and active lives.

My grandfather had severe HAE over many years and he died from a throat swelling at the age of 39, leaving four children, three of whom had HAE. My aunts were given morphine injections to help with the pain of abdominal attacks. My father suffered much until he was 30, when his symptoms suddenly ceased, never to return. Although many members of the family had the condition, my mother regarded it as ‘all down to nerves’ and ‘all in the mind’.

Your doctor prescribed massive doses of antihistamines but it didn’t have the effect on you that he had hoped for?

No, my symptoms continued, but over the next few years, they gradually decreased. Doctors were emphatic that there was no connection with the contraceptive pill, but when I discontinued it the edema stopped completely.

When I became pregnant with my first child I had regular edema from four months, but all symptoms ceased after the birth of my daughter. The same pattern occurred during my second and third pregnancies, although the symptoms were more severe. However, between the pregnancies, I was free of symptoms.

Our third child appeared to be a very healthy baby but our lives were devastated when our son tragically died in infancy. It was at this time that my general practitioner on our behalf spent an afternoon researching HAE at the postgraduate medical library. Subsequent blood tests revealed that my children were, like me, deficient in C1-Inhibitor in our blood.

But all your children were symptom-free at the time?

Indeed, but not least because of their diagnoses I was determined to find some answers. As a nurse, I had access to medical literature and our general practitioners were supremely helpful. We found a specialist consultant in London and gradually over the next few years more information and treatment became available.

Two years after the loss of your second son you had another boy. That time was also kind of a turning point in your life as an HAE patient, wasn’t it?

It was. In 1982 my general practitioner referred me to a dermatologist in London who had written a paper on HAE. This professor arranged to import C1-Inhibitor from the Netherlands for me and in 1983, towards the end of my last pregnancy, I was the first patient in the United Kingdom to have C1-Inhibitor injections. It was like a miracle. What had been a three-day session of very acute abdominal pain, vomiting and diarrhea were relieved within an hour of the injection.

Your general practitioner arranged for you to be trained to give your own injections?

Yes, we became the first family in the United Kingdom to have C1-Inhibitor and also the first family to have home therapy. There is no doubt that the availability of this medicine has been the central factor in transforming the lives of our family. Without treatment, for instance, my daughter would not have been able to manage a career and she would have experienced a lot of severe pain and distress. Her symptoms had increased in severity since the age of 14. She suffered severe incapacitating abdominal symptoms for three days out of every seven to ten days. At first, she was given high doses of a synthetic steroid hormone, but the androgenic properties of this were prohibitive. Her symptoms are now controlled by self-injecting two vials of C1-Inhibitor intravenously as soon as abdominal or throat symptoms develop. Thanks to this replacement therapy my daughter has been able to qualify as a doctor. Helen now lives a normal and happy life and has traveled all over the world. She has six children; five of her own and a step son. Her eldest daughter Flo has had severe symptoms from the age of three but she has been able to administer her own injections of C1-Inhibitor from when she was eight. Flo is now 15 and she is due to take her GCSE exams this coming summer and her A levels in two years time. She then wants to go on to university, so she may well discuss prophylactic treatment with her specialist at some time. Helen’s son Luke has been diagnosed with HAE. He is now 14 and fortunately he has not yet shown any symptoms. The other children have tested negative to HAE.

All your children have had HAE symptoms by now?

Yes, my oldest son developed problems in adolescence, but his condition has been well managed with low doses of steroid hormone and home possession of C1-Inhibitor to inject in the event of attacks. He always keeps C1-Inhibitor available in case of severe symptoms or laryngeal emergencies. Because of such a good HAE management regime, he has had six years at university and he too has traveled around the globe. My youngest son manages his symptoms very well by self-injecting C1-Inhibitor whenever an attack occurs, and occasionally using synthetic steroid hormone at times of particular risk. With full approval and wise advice from his HAE specialist, our youngest son has climbed Mt Kilimanjaro and that proves that you can really do anything as an HAE patient, provided you have the right medication. The fact that my children learned to give their own injections was indeed a turning point in their lives. They are now able to treat attacks at the earliest possible stage and thereby minimize the impact of HAE. This freedom has allowed my children to achieve their full potential at school and university as well as in their professional careers.

We know how very privileged our family had been over the years. We are under the care of a brilliant immunologist who has set up individual HAE management programs for each of us. We all have a home therapy program that has enabled us to keep safe and have a very good quality of life. None of us has ever needed to go to an accident and emergency department, and none of us has had to take days off work or school because of HAE.

Over recent years many patients in the UK have struggled to get the right diagnosis, a great number of them suffering for years without a referral to a specialist with experience in HAE management.

That is true. And because of the financial constraints of the National Health Service, there were many patients in the UK who could not get funding for treatment that would enable them to have good control over their HAE symptoms.

Hopefully two prophylactic medications will soon be available in the UK and it may be that my own three adult children will be able to consider these treatments.

The help you have received in your own life has motivated you to be part of the patient organization HAE UK. How – from that point of view – would you describe the development?

Over the past twenty years, there has been a great increase in understanding of HAE management by our doctors and patients alike.

Two of the greatest advances in the delivery of care have occurred during the last few years. The NHS England has recognized the huge unmet needs of people with rare conditions, and in 2013 they published their policy for the management of acute attacks of HAE. This policy sets out the key elements of care that will be centrally funded by NHS for every HAE patient. This care is to be delivered in accredited HAE centers by specialists who are experienced in managing our rare condition. The second advance is the writing of our UK revised Consensus Recommendations for the Management of HAE.

We still need to make progress to improve care for HAE patients in the UK, but we do realize how fortunate we have been over recent years. We now seek to work with all the other national HAE organizations and with HAE International to improve the quality of life for everyone in the HAE family worldwide.

My own family continues to live full and happy lives and we all have access to good treatment for our HAE.

In 2010 I helped set up HAE UK with the help of Rachel Annals. Over the following five years we were able to build our networking with HAE specialists and support NHS funded C1-Inhibitor access for all suitable patients. We became a charity with a Board of Trustees to take our organization forward. In 2015 I felt the time was right to hand over the role of CEO to Laura Szutowicz who has continued the work of supporting HAE patients in the UK. As I left the organization my son Ed took up the role of Chair of Trustees, so we still have a family connection to HAE UK. 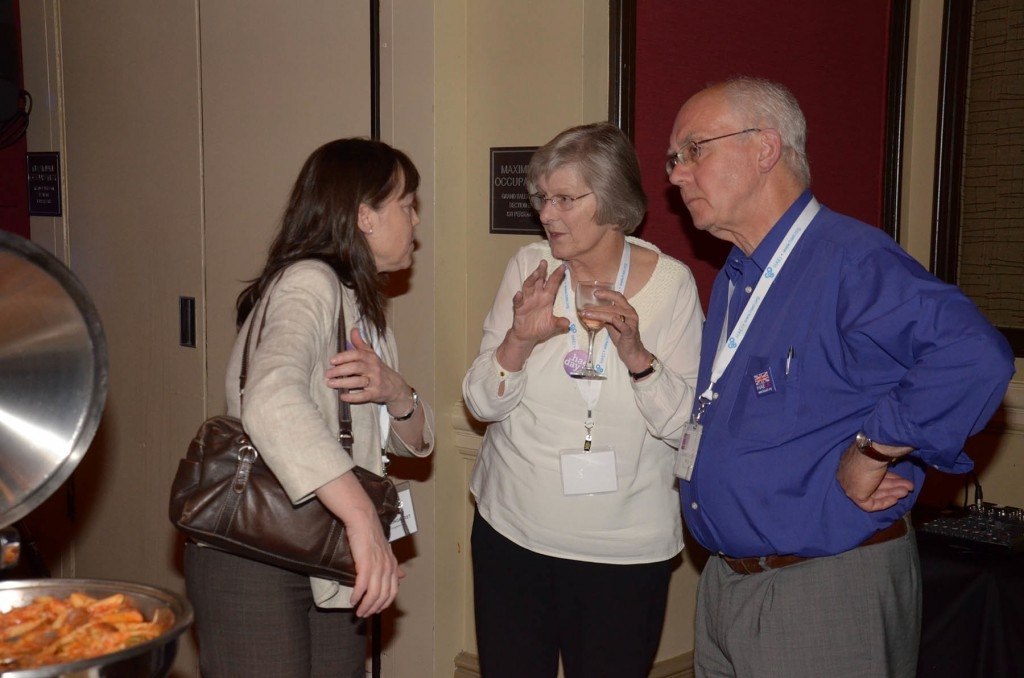 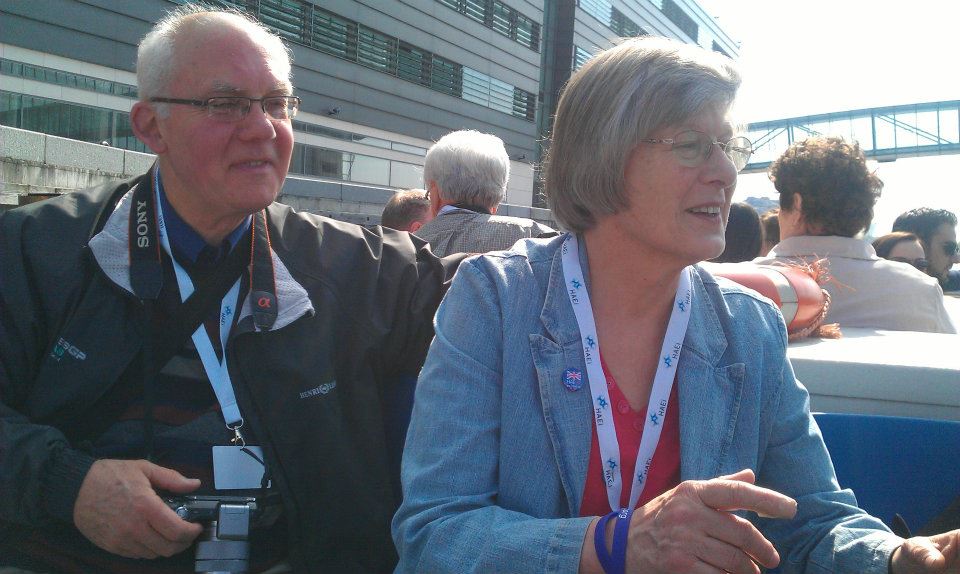 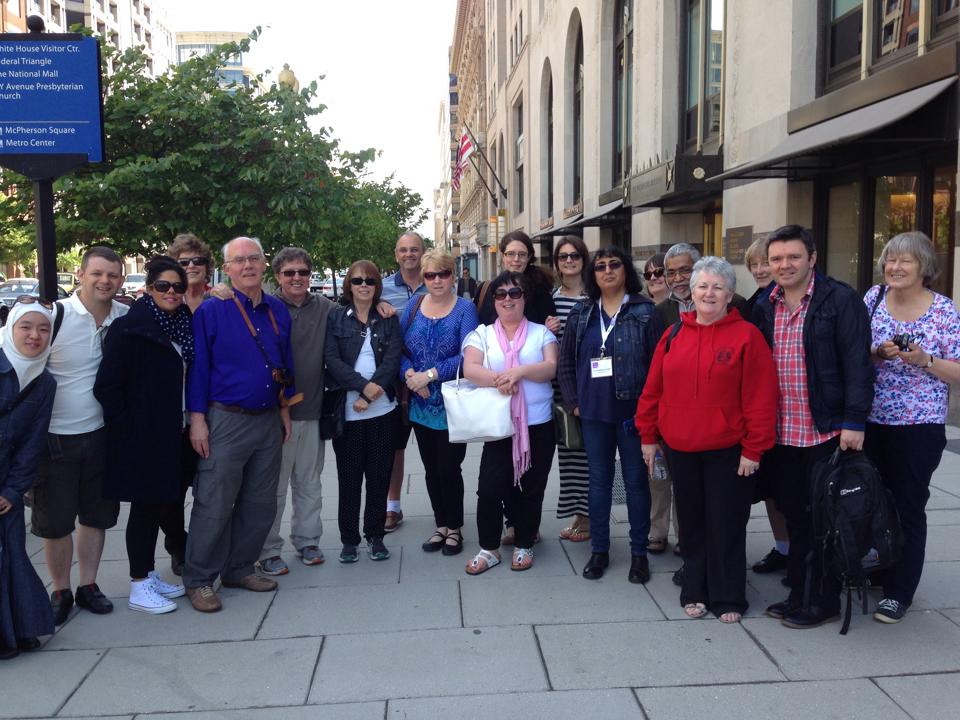