Living on a farm six hours by car away from any major hospital is maybe not the sort of thing you would do if you were an HAE patient. Cindy Hughes (Australia) is – and she does. “A country girl born and bred, I wouldn’t survive in the city”, she says.

The HAE symptoms began when I was about seven years old. Before then my mother had spent 14 years with regular stomach cramps, vomiting, and diarrhea as well as throat, hand and feet swellings. Doctors told her she had a virus or the parasitic disease giardiasis or that the symptoms were related to farming. When I started to have the exact same symptoms it was decided to test for genetic conditions. After three weeks in the hospital, countless tests, and having my appendix removed to be on the safe side, I was diagnosed with HAE. After our HAE diagnoses, my mother and I traveled 1,800 kilometers to visit a specialist where we were advised that the only treatment available was steroids and we should avoid these due to side effects. The hospital could store fresh frozen plasma, which in the event of a throat swelling could be flown out to us. We also kept an EpiPen to buy us time before we reached the hospital. However, six hours of rough roads were hard to tolerate during the pain of an attack and often it would start to resolve itself by the time we arrived anyway. In the wet season, we could be cut off for up to three months at a time. We were strongly advised to change our lifestyle and move to the city as both my mother and I could possibly die if we stayed in the outback.

What happened when you had your first serious throat swelling at the age of 21?

Well, it left me gasping for air and struggling to breathe, for sure. My husband rushed me to our small town where the matron gave me adrenalin and the attack subsided. It was decided that the Royal Flying Doctor Service was not needed. This is always a difficult decision because it is extremely expensive and very inconvenient to all concerned. It also involves a 12 hour round trip for a family member to pick you up afterwards and at least three days out of action – so indeed it’s something to be avoided unless absolutely necessary.

From time to time you saw specialists but was not offered any new suggestions. What would you consider the turning point?

I finally made ground-breaking progress when I found the HAEi website and learned about other treatments available. After attending a patient meeting in Sydney I soon realized how very little our healthcare providers had been able to tell us about treating an acute attack. Of course, the people at our hospital did their best but until recently they have not had access to up to date information or treatments. With the help of a specialist doctor, we were able to secure a supply of more recently approved medicine to have at home and an alternative for the hospital to keep – even if it was six hours away.

How did HAE affect your childhood, considering the place you lived and the distance you had to travel for treatment?

As a child, I would get abdominal swellings about every six weeks and peripheral swellings started when I was 13. We had a four-hour drive of very rough road in order to get to a small hospital and then further two hours drive to a larger hospital with an intensive care unit. You can imagine that unless it was a throat swelling, we never went to a hospital for treatment. We just suffered it out at home. Whenever I got sick I would lie on the couch close to the toilet and try to sleep it off. I can remember lying there as a kid and feeling as though I was floating; I waved my hand in front of my face and I could see three of them. The pain and vomiting were so bad that I would either pass out or hyperventilate, sometimes both. Fortunately, I didn’t have any throat swellings as a child or in my teenage years as I honestly don’t think I would be here today if that had been the case. We were only given adrenaline for throat swellings and even with the flying doctor, it would still be up to three hours before they could get you to a hospital. Mum had one throat swelling that we knew of and luckily it must have been a mild one and she just happened to be in town when it occurred. Not that the hospital would have been able to do much for her as they didn’t even have the right medication.

Apart from you and your mother are there any other HAE patients in your family?

My two oldest boys have it and the baby might – he hasn’t been tested yet. Apparently, my great aunt also used to get sick a lot and had swollen legs every now and then. Apart from that no one else shows any signs or have been tested.

Did HAE limit you regarding studies and free time activities when you grew up?

One particular doctor tried to tell my mother that she would have to move to town or she would die out there on the cattle property. We never saw that doctor again and that was how it was. We never ever let it dictate what we did, we just continued on as normal and did the very best we could with the hand we’d been dealt. I missed quite a few days during high school, but I always managed to catch up. I went to boarding school in Charters Towers to complete my secondary school education. I was enrolled to go to university to study nursing but took a gap year to help care for my mother as she was sick with breast cancer. During that year my mother died so I never went to university but stayed home to help the family run the cattle station. A few years later I moved in with my husband on his family’s cattle station – and that’s where I am today.

You and your husband have had four children. What were your considerations regarding childbirth?

I have always thought of childbirth as a natural process and have never considered it a risk unless you are having a C-section. We are used to seeing animals give birth in the paddock with little fuss at all and I just assumed it would be the same for me. So long as you have the right medication on hand you should be okay. I am sorry that some of my children will inherit this disorder, but I hope that with better awareness and access to medication they won’t have the same struggles that I did. I also believe that they will be better people because of it. Having the disorder gives you a whole different perspective on life; you are more easily able to appreciate the little things in life, which I think is really special. You often see that most strong and caring people have seen a lot of pain and suffering.

Is there anything you do that one shouldn’t expect of an HAE patient? Some indulge in extreme sports and others have very challenging jobs – what’s your story?

Living in a remote and isolated location is challenging at the best of times but when you have a life-threatening illness it is definitely not for the faint-hearted. Equally, living on a family-owned cattle station can be highly stressful and very physically demanding. Riding horses, motorbikes, fencing, operating machinery and lifting heavy feedbags are all in a days work. You are responsible for the well-being of your livestock, which means long hours and being on call 24 hours, 7 days a week. Farming is a very volatile industry being reliant on the weather and prices vary from week to week. No rain equals no grass equals no income. Management decisions you make every day affect the livelihoods of your family. However, it is also very rewarding and the freedom and lifestyle it provides is something that I wouldn’t trade for anything.

I’d like to get back to the Royal Flying Doctor Service. Have you ever had to use this service?

I have had around 10 throat swellings but have only been flown out by the Royal Flying Doctor Service a few times. I have remained at home for other attacks and, with our closest neighbor being 20 kilometers away, my children have had to become very self-sufficient whilst I have been sick.

Could you give an example of an incident involving the Royal Flying Doctor Service?

The one I remember best was actually once I ended up not using the service after all – but I was pretty sure that I would have to. The very first time I had a uvula swelling, I didn’t realize what it was, I thought I was getting tonsillitis. I felt a bit weak so I laid down and dozed off, only to be woken by a sudden choking sensation. I couldn’t breathe at all, my color changed from white to red to blue, I coughed and gagged until I managed to move my swollen uvula enough to get just a tiny bit of air through, enough to keep me alive. We made the fastest trip in history to the Georgetown Clinic, I raced in the door gasping for air, the matron quickly jabbed me with a shot of adrenalin and phoned the Royal Flying Doctor Service. Amazingly, though, by the time the plane was loaded and ready to come, I had started to recover on my own, so I didn’t end up being flown out that time. In fact, I haven’t been flown out for HAE since I’ve had access to a bradykinin receptor antagonist. It has given me such incredible peace of mind and my fear and anxiety of the disorder have all but gone. It means that I never have to suffer through the torture of an abdominal swelling or the gripping fear of a throat swelling ever again. I can medicate myself in my own home, maintain my lifestyle and live a relatively normal life.

You now have three sons and a daughter. How is their situation regarding HAE?

Our third son doesn’t have HAE and our second son has never had a swelling although he has the gene. As for your eldest son he has about six abdominal swellings per year – and our daughter Lily’s tests came back and it looks like her C1 levels are abnormal too. 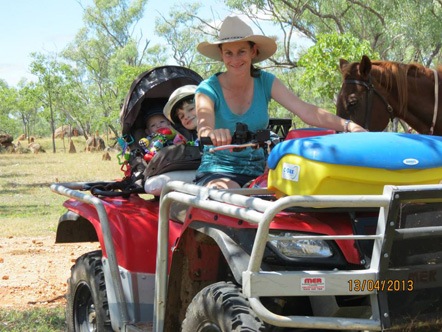 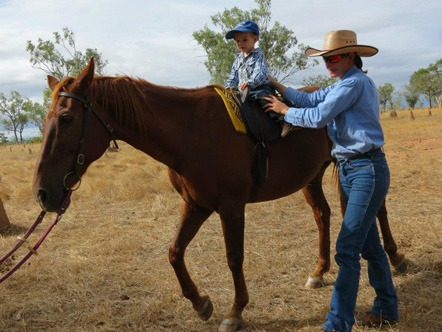 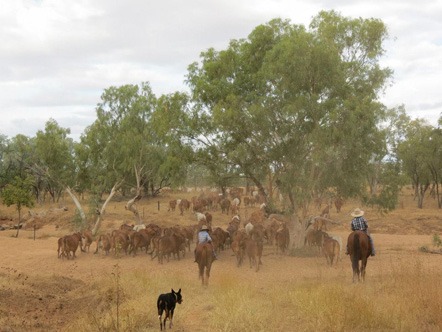 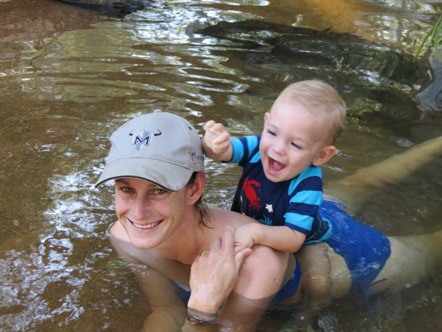 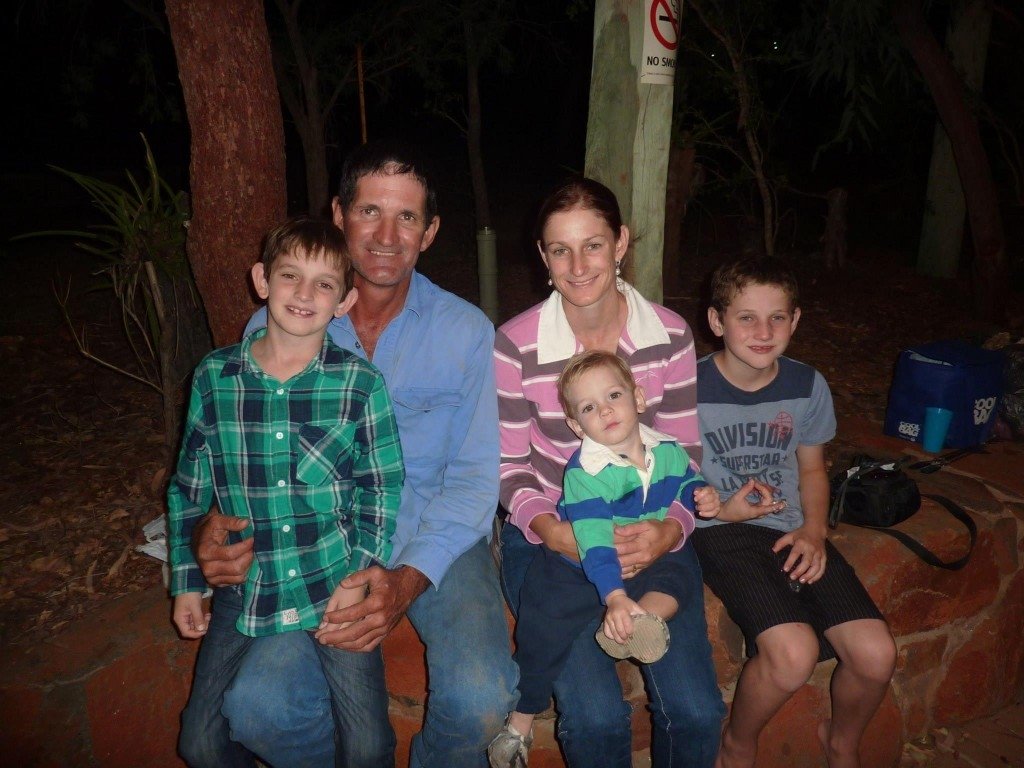 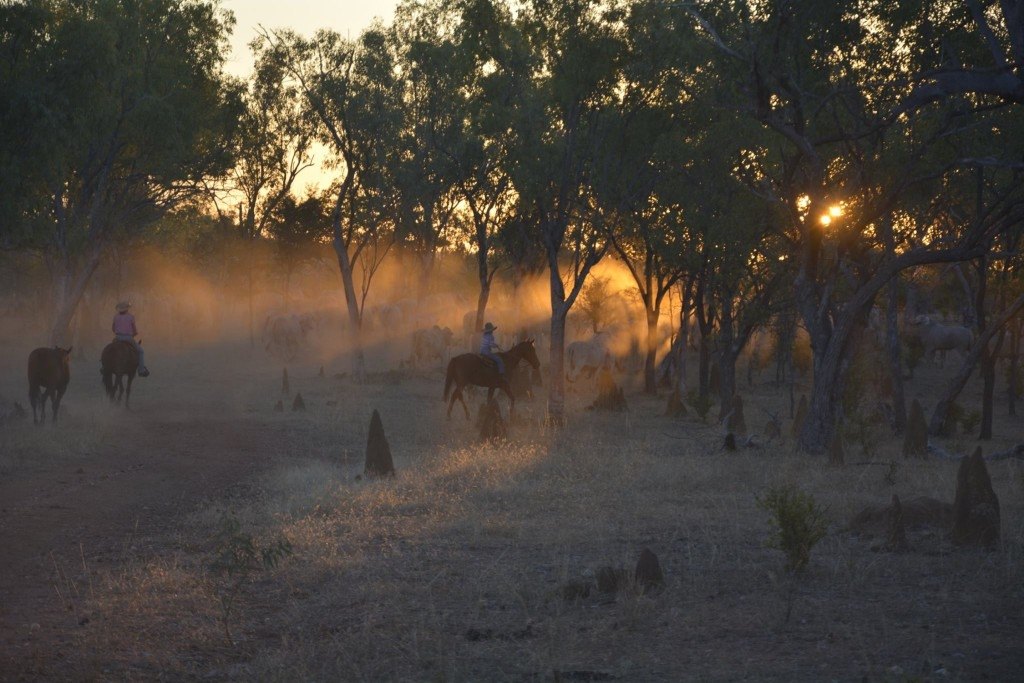 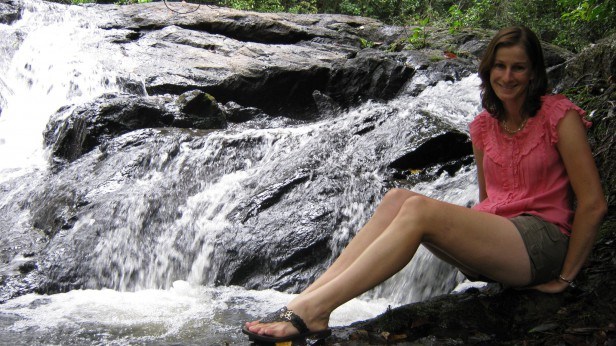 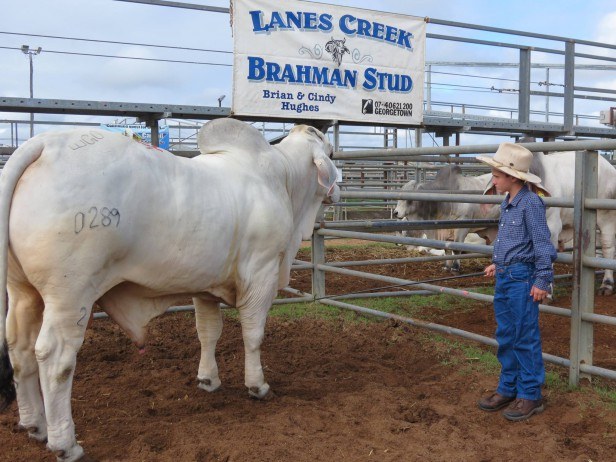