I most of all want to obtain the appropriate medications for HAE patients in Panama to have a good quality of life and more people to know about the disease.

I remember that my first manifestation of HAE was on a Saturday in 2008 when I was 16. I woke up that morning with a swollen hand. I attributed it to a night of bad sleep or that an insect bit me. I remember that it did not hurt or itch. I think the next day it disappeared. Months later, I woke up again with a swollen hand, and after a few days, a knee or a foot with edema. And so, it kept happening, but it was very sporadic and happened only once or twice a year.

But later on, it developed pretty much?

Yes, when I was in college from 2010 to 2014, I remember that I frequently had abdominal edema. I was always in the emergency room with abdominal pain, vomiting that did not stop and sometimes diarrhea. It became more and more painful. I remember how my abdomen became inflamed. Vomiting decreased when they put me on some intravenous medicine, and the intestinal discomfort went away in a couple of days. It really is an unbearable pain that does not let you move because you feel that everything inside you is going to break.

In those years, the edemas in the joints were already stronger; they took more days to disappear, and each day they were more uncomfortable. However, as time went by, I got used to the fact that a hand or foot, knees, elbows would swell up from time to time.

How did you find out what it was?

Well, for the next many years, I didn’t. Whenever an edema appeared, I went to the general practitioners, and they told me that I was allergic to something. I even wrote down everything I ate for a couple of months to see if, in that way, I could detect the allergen that caused the edemas. They did some tests of allergies, and everything was normal. At some point, they did tests because they suspected that I could have lupus or some immune disease, but everything was negative; there was no response to the edema.

On one occasion, I hit my mouth with a bottle, and I had a strong edema on the lips. I was taking anti-inflammatories, and I noticed that it was not decreasing. The same happened when I swelled up elsewhere. They provided me with allergy medications, but it didn’t go down. I was already noticing that these swellings disappeared in at least three days.

During that time, I always said that I suffered from cystitis, but after being diagnosed, I knew that it was bladder edema. This edema would normally happen to me when exposed to heat or when I had a lot of stress. Over time, I have found that stress is a very strong trigger. That is why I have tried to have a relaxed life so as not to stress over nonsense. I would say to myself: “I know I have a disease, I have something, but I don’t know how to find out.”

Years passed, and I couldn’t find an answer. It was now eight years since the first crisis, and there I was still without an explanation.

In 2016, my interest in becoming a mother awakened, but suffering from polycystic ovarian syndrome was not going to be easy. Therefore, my gynecologist decided to give me contraceptives to regulate my periods. I used them for six months, and in those months, I noticed that the edema was more frequent – now two or three times a month. Then luckily, I decided to suspend them. Weeks later, I went to an allergist, and when he saw my photos of the edema, he suspected the disease. He told me it could be Hereditary Angioedema. After some weeks, we had the results, and so it was – I was diagnosed with HAE. I had never heard of this disease in my life, and in all these years, no doctor suspected that I had it.

Then you began to investigate.

Yes, I read about the disease and became a member of support groups. In that way, I informed myself and learned more about the condition. The doctor who diagnosed me did not know much about it, and the only thing he told me was that there was no treatment available in our country. Only an androgen had been used, but it was no longer in Panama. Those days full of questions because I did not know what to do, nor what was next, nor what was going to happen to me.

Five months after the diagnosis, my dream “I am pregnant” came true. During the first months, I realized that angioedema and pregnancy are not compatible, or at least not in my case, because hormones trigger attacks. I had many attacks during the first months, even in places where I had never had them – face, throat, lips. Being pregnant and having abdominal edemas was very depressing.

The difference during pregnancy was that the edema disappeared in hours, not days. In the following months during the pregnancy, I almost did not have edema, but later again, I had a lot of edemas when breastfeeding. The most exasperating moment was when I had tonsil edema while pregnant but thank God the edema did not progress.

What would you say was the breakthrough for you?

It was in 2018 when I met Dr. Olga Barrera, an expert in HAE in our country. She diagnosed me with the type of angioedema that I suffer, which is type 1. Thanks to her, I have learned much more about the disease. Now I know how to handle it and how to control myself. Living with this disease is not easy and even less so if you don’t have the right medication. We still do not have HAE medications in Panama, but I know that soon with God’s favor, we will have injectable drugs.

Only those of us living with HAE know how disabling, disfiguring and difficult it is. Even our closest relatives sometimes don’t understand. When a crisis comes, it is always accompanied by sadness, even depression. To be fine at one moment and then suddenly, out of nowhere, everything is not fine. This disease does not respect date, time or place.

I just want the scientific community to continue researching the disease, learn more, and continue developing more drugs so that we all have a better quality of life.

Speaking of children: How would you describe your childhood and adolescence as a patient with HAE? Did your condition keep you from doing the things your friends did or doing a sport or other favorite activities?

That part of my life was completely normal, like any other girl my age, because I never had an HAE crisis. It was after the age of 16, when my adolescence was coming to an end, that I had the first attacks. During attacks, it felt uncomfortable to write or walk, but I’ve never been a sports fan that part of it didn’t affect me.

Later on, I studied Early Stimulation and Family Orientation at Universidad Especializada de Las Americas in Panama City, and I am currently doing a master’s degree. I work at Instituto Panameño de Habilitación Especial as a nursery teacher with two-year-old children. The institution is dedicated to empowering people with special needs. People with different disabilities also work there, from which I have also received support and understanding.

When I was in university, everything was normal since my seizures were more frequent after 25. As for work, it has affected my performance, sometimes if I have an abdominal crisis or an easy crisis, I will not go to work, and if a situation starts at work, I try to relax and rest a little.

Would you say that the people around you have understood your condition: close relatives, other family members, friends from school, other friends?

When you have HAE, only you can understand what happens and the people who have it. Pain is often unbearable, and only you understand that pain. When a crisis comes, depression is immediate, which will always be difficult for others to understand.

I have always received 100% support from my family, my husband and my sister. Much more since I was a mother because many times, I cannot even move when I have an abdominal crisis, and they are my support. There has always been understanding from my co-workers and my boss when I can’t do an activity or don’t go to work.

So far, I am the only one in my family to have HAE.

Are you involved with the awareness and education work of HAE Panama?

Yes, I am the secretary of the Panamanian Association of patients with Hereditary Angioedema. Together with Dr. Olga Barrera, our guardian angel, I raise awareness so that more people know about the disease.

I was recently present at a conference given on HAE and pregnancy, held by a specialist doctor, HAEA Puerto Rico and the HAEi Regional Patient Advocate, Javier Santana. I found it very interesting and important because they talked about experiences that I had while pregnant. Also, they provided other important information that I did not know, just as I learned about all the currently available treatments and how they are used.

What is your main when it comes to HAE treatment in Panama?

I most of all want to obtain the appropriate medications to have a good quality of life and more people to know about the disease. 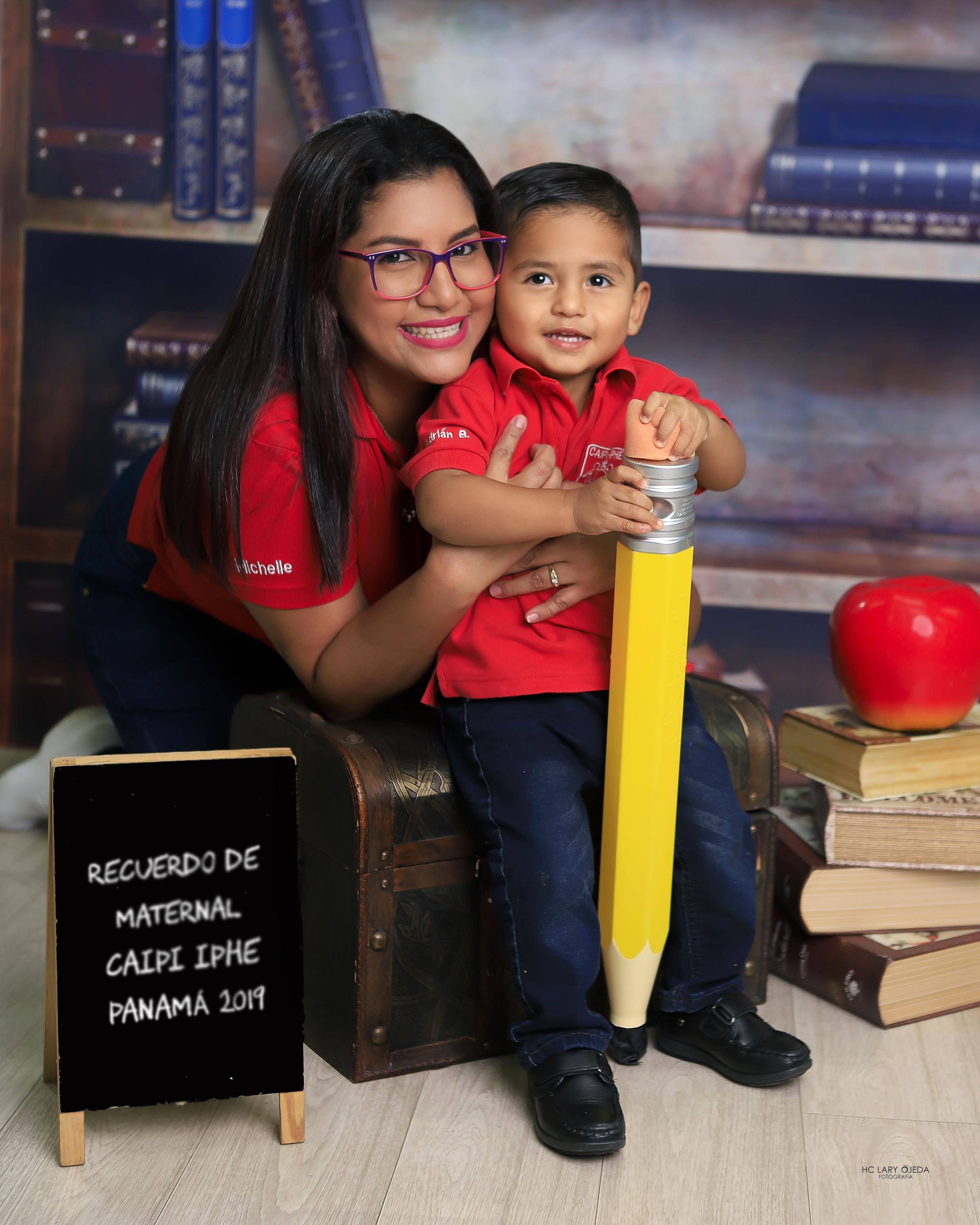 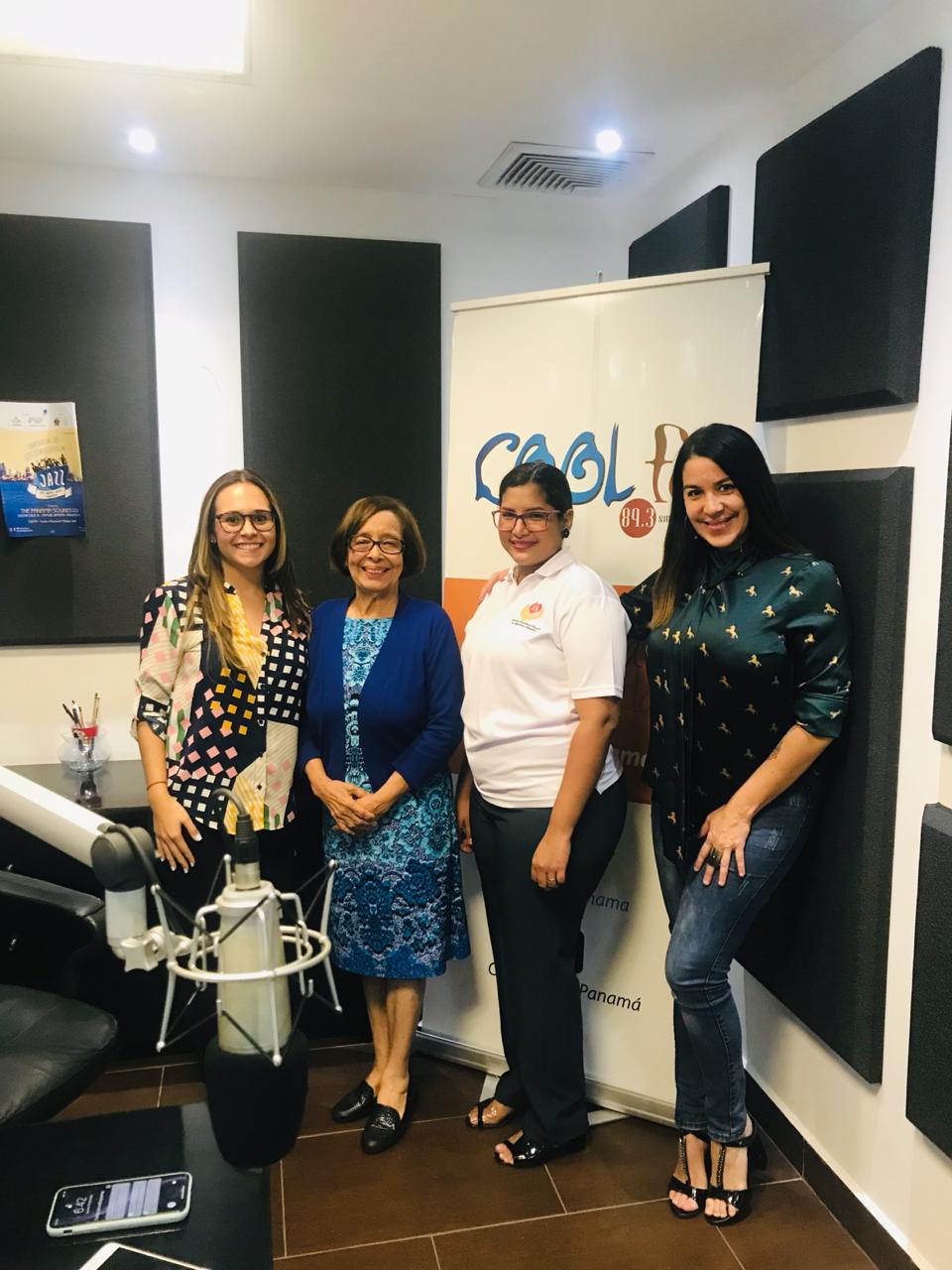 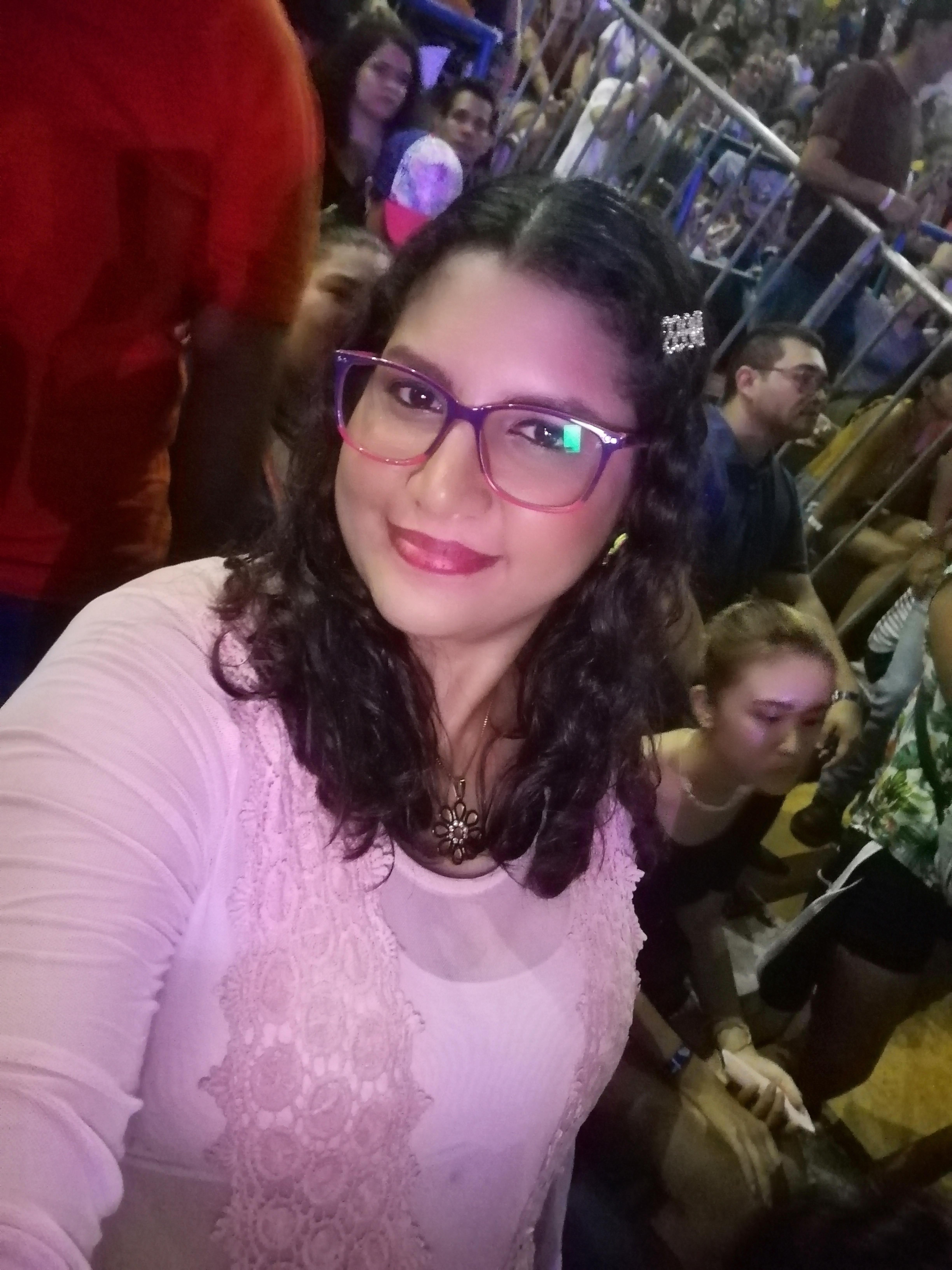 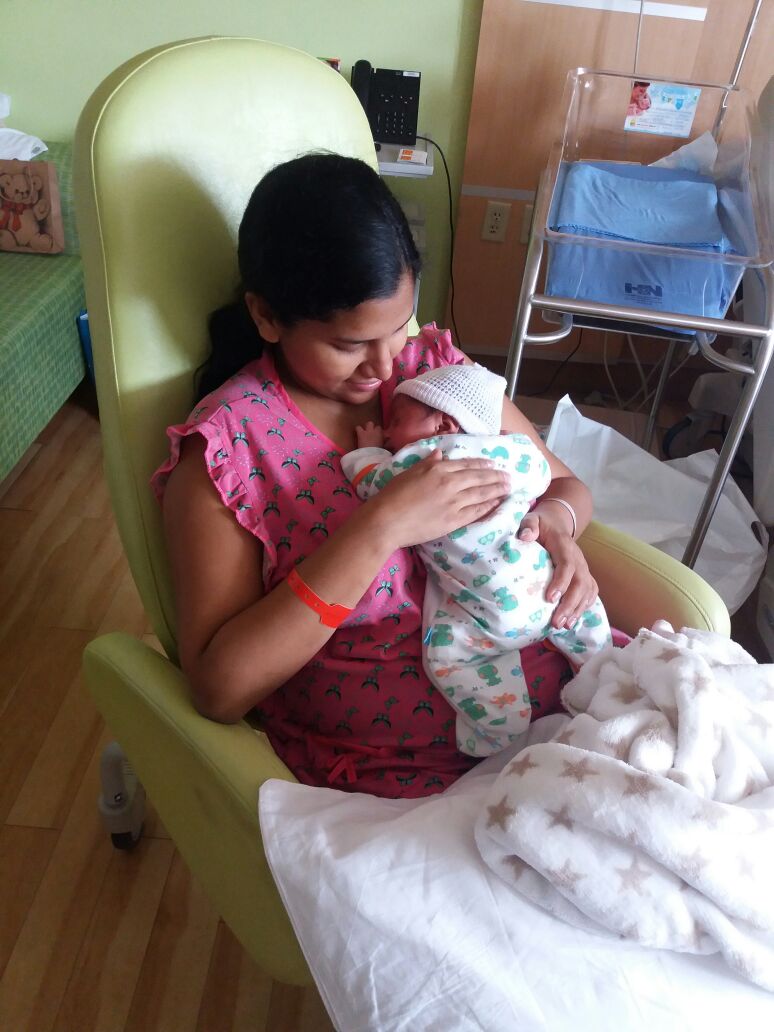 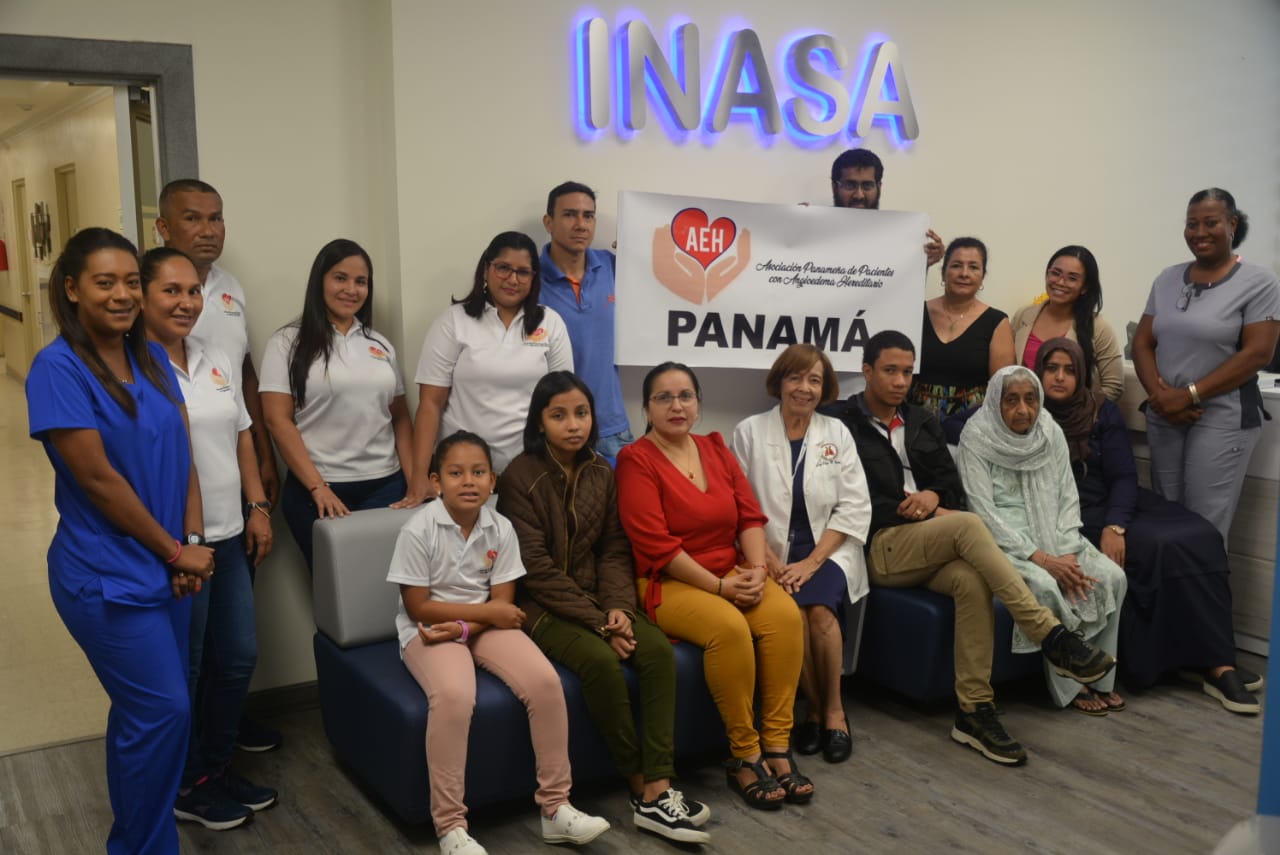