Involved with both HAE International and the national organization US HAEA Noah Davis-Logan says that no HAE patient deserves to be unmedicated.

I had the first symptoms that I can remember at three with stomach attacks quite often. I was diagnosed the same year. Before I was born, my mother already knew that she had HAE, so she wanted me tested immediately. Despite her diagnosis, the doctors refused testing, and my attacks continued for several months before I was finally diagnosed.

And you had proper medication from day one?

No, unfortunately not. At the time I when I had my diagnosis, there was no medication approved for use in children, so the doctors had to administer androgens with hopes of preventing the attacks. At the age of six, I began to experience severe reactions to the androgens and was later diagnosed with Sixth Nerve Palsy, Encephalopathy, and Aseptic Meningitis as a result of the medication. Due to these severe side effects of the medication, I spent the better part of three months in and out of hospitals relearning how to walk and talk. As a result of what I had gone through, I have made it my mission to spread awareness of HAE and not least, the importance of proper therapy for children.

How would you describe your childhood and adolescence as an HAE patient – did your condition keeps you from doing things your friends did or did you stick to your sport or other favorite activity despite having HAE?

In the past, HAE used to stop me from playing sports, school and even going over to friends’ houses. Now due to faith, support of family and friends and doctors who went above and beyond, I can do the things I love. Now I run track on a national level and a three-time AAU all American. I play street basketball whenever I can, and I refuse to let HAE stop me. I also have begun professional acting and have been cast for a major movie, two commercials, two web series and a documentary. I am involved in many clubs in my high school, and I am a leader in Student Government.

Maybe it is not a sport as such, but you have also been walking part of the ‘Camino’ pilgrimage route to Santiago de Compostela in northwestern Spain. Why did you do that – and how was that experience?

It was an honor to participate in the very first Camino Pilgrimage organized by HAE International and the Spanish HAE organization AEDAF. It was equally challenging and rewarding. This experience gave me the opportunity to meet many patients and overcome an extremely challenging hike. I was able to establish long-lasting relationships with patients and others from all over the world. Also, this helped us to show others that even though we have HAE, anything is possible; that was indeed the purpose of the Camino Walk in 2016 as well as for the subsequent walking events organized by HAE International.

You mentioned your mother also having HAE. Are there any other members of your family with this condition?

Yes, both my mother and my maternal grandmother were also born with HAE. Before they were diagnosed, they had no medicine, and no one would believe them whenever they had attacks that you couldn’t see with the naked eye, because at the time no one had ever heard of HAE. The doctors also misdiagnosed them with allergies, so their attacks would continue and migrate. My mother lost a lot of opportunities in high school due to HAE and almost lost her life as an adult as a result of an airway swell. Now she is doing very well and hasn’t had an attack in 18 months. My grandmother is doing better, as well.

Would you say that you have met understanding from people around you – close family, other family members, friends at school, other friends?

My family is very educated in HAE, and some of them even know how to administer my medicine. They support all my efforts to raise awareness. My community is also extremely supportive. Almost everyone who knows me closely knows that I have HAE. I believe that it is crucial for the people closest to you to know just in case of an emergency what to do. My old middle school would even throw a fundraiser and a walk for awareness.

Talking about school: What are you studying at the moment – and what are your plans for the future?

I’m currently in my third year of high school at Saint Augustine Preparatory School in Richland, New Jersey. I plan to graduate high school and attend a prestigious university where I will major in political science or social justice law and become a lawyer. I also wish to grow my platform and become a social influencer. I wish to use my influence to raise awareness and make the world a better place.

I remember meeting you the first time at a US conference some five years ago. Already at that time, you were involved in raising awareness, and I guess that has evolved quite a bit since then?

Yes, today I am involved with both HAE International and the national organization US HAEA. I actually started raising awareness when I was even younger than you mention as I spoke at the 2013 HAEA National Conference back when I was nine. Ever since then, I’ve had a passion for awareness, and I try my hardest no matter what to share my story. I’ve spoken at various conferences, colleges, sports events, and internationally. Among other things I have spoken at the International Research Forum in Frankfurt, Germany – and last year I became the first keynote speaker under the age of eighteen to share my story with physicians and other healthcare providers at a meeting in Palm Beach, Florida.

I attended the HAE Global Conferences in Madrid, Spain in 2016 as well as the one in Vienna, Austria in 2018 and l loved it. I learned about other countries’ struggles with access to therapy. Seeing what they go through motivates me to make a change, and I hope that one day I will be able to be a factor in getting these countries therapy. No HAE patient deserves to be unmedicated. I have also gained very strong friendships and bonds with the people I have met throughout conferences.

And you are still involved with your national HAE organization?

Yes, I am very involved in the US HAEA as I have spoken at their summits and other meetings a number of times, I am a member of the Youth Leadership Council, and I also am a US HAEA Youth Advocate. I just recently joined the HAEA internship program. I plan to do much more in the near future and hopefully change more than just my country but the world. 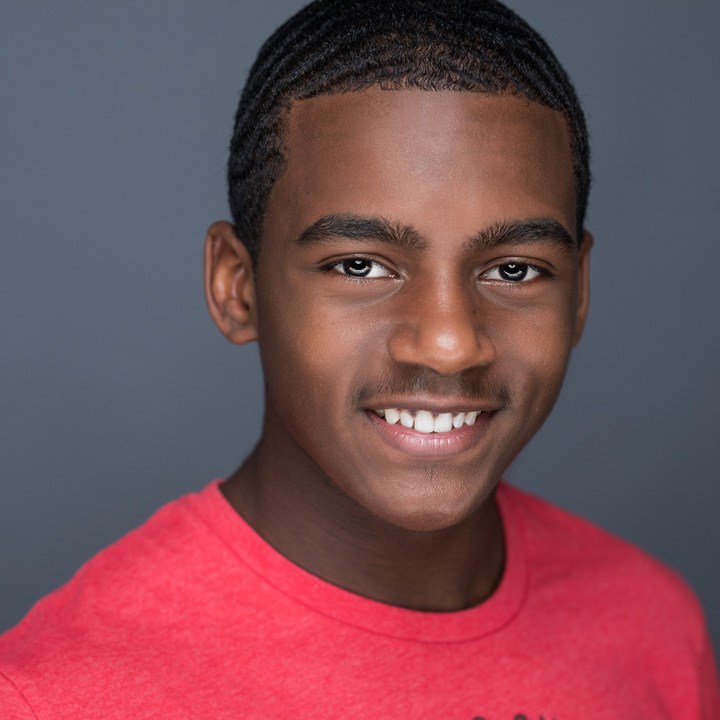 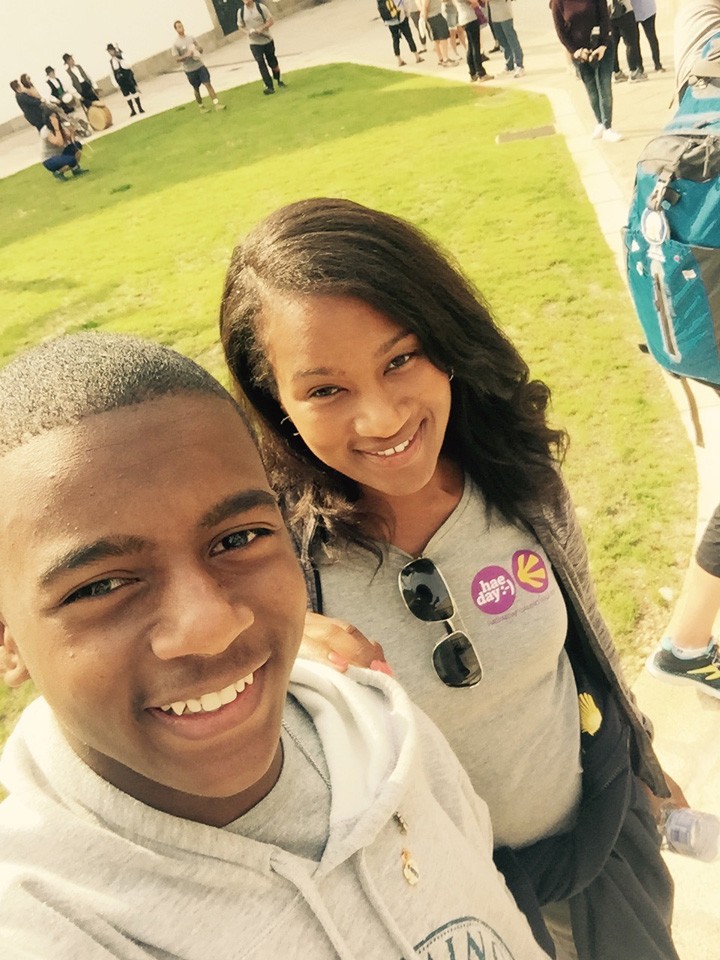 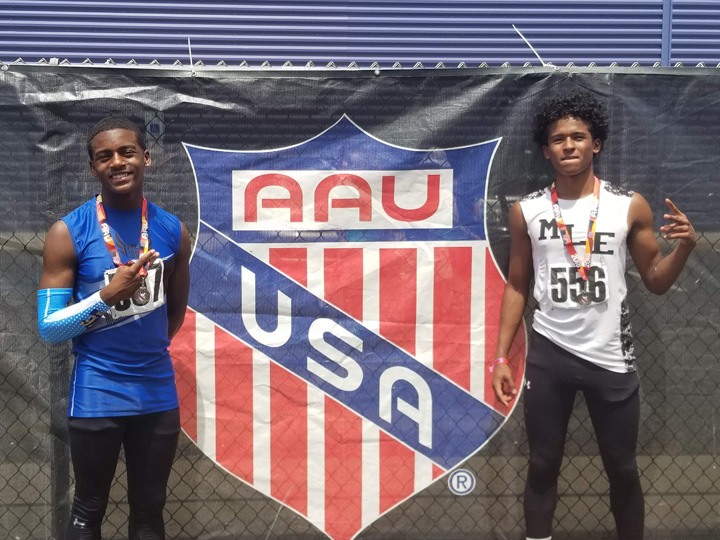 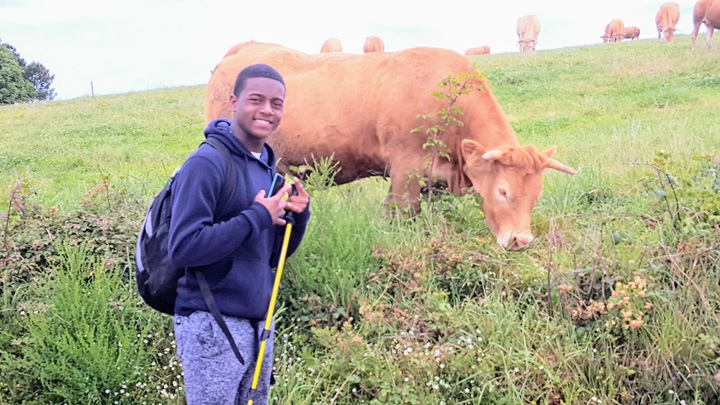 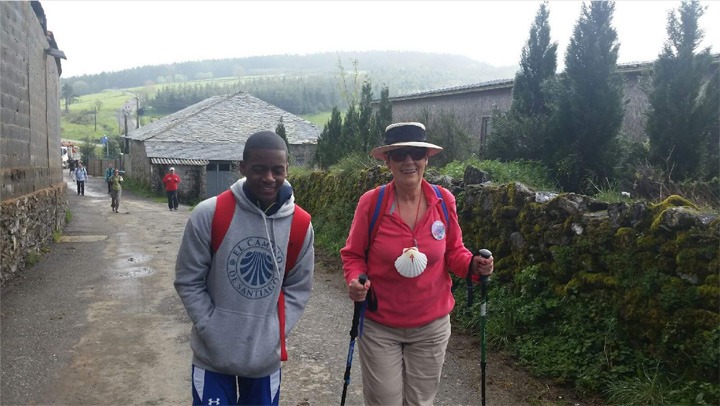 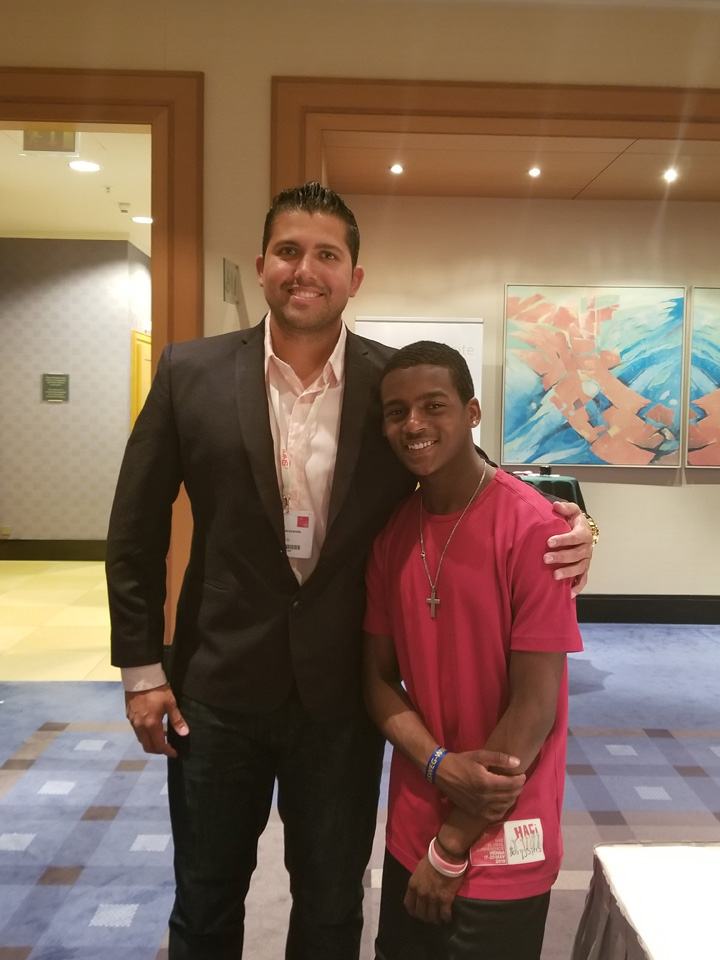 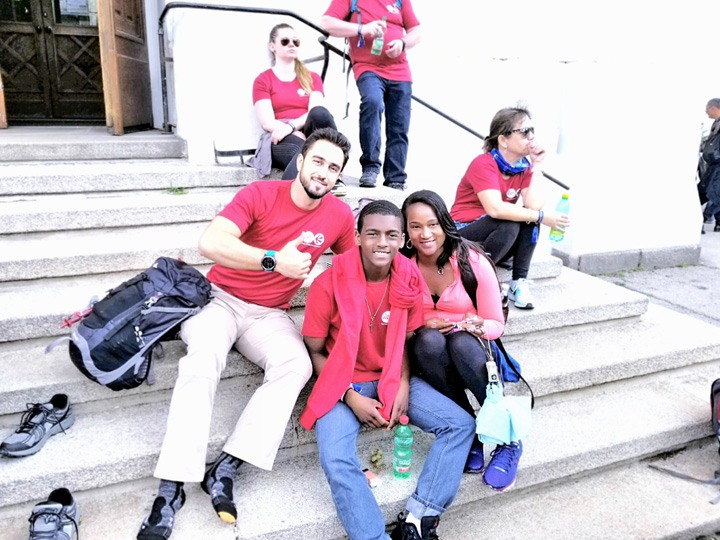 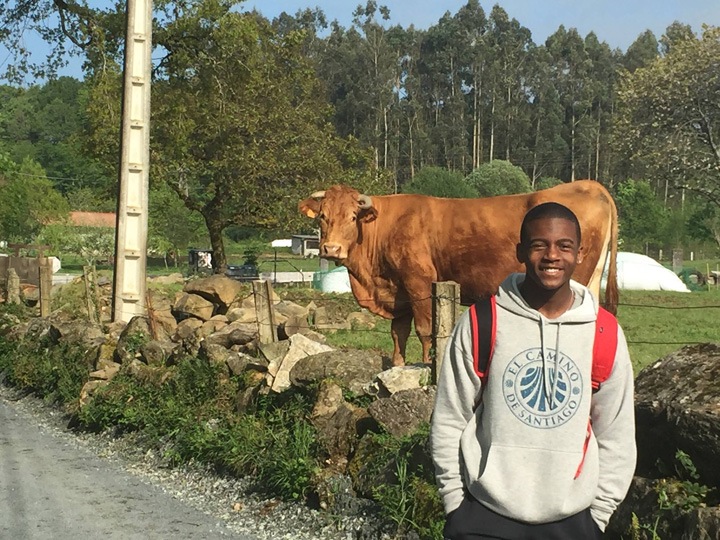