When he was younger there were many a day where Ole V. Kristensen (Denmark) wished that he was dead – if not for his own sake then for that of his family. He doesn’t think like that any longer. Today the right medication ensures him a life that is in every aspect worth living.

I was no more than 25 years old when the social authorities in my home municipality wanted to send me on disability pension. I had to put up a tough fight in order to keep that from happening. Fortunately, I succeeded but I must admit that there were many a time where I didn’t believe in it myself – actually all the way through to the day when I got the medication that now helps me.

About a decade ago you wrote in the Danish HAE organization’s newsletter that you every now and then had pains so unbearable that you from time to time wished that you were dead.

It wasn’t as much for my own sake as for that of my family that I was thinking like that. It wasn’t just me who thought and felt that it was hard to bear. Fortunately, I don’t think like that any longer. Today I have a totally different life – a quite ordinary life.

Like many HAE patients, you have had your disease since you were a child. However, you were not diagnosed at that time, were you?

No, even though both my father and all his three children have the disorder no one was able to say what was wrong with me. I had the symptoms for the first time around the age of six. My father has never been medicated for his disease and it wasn’t until later on in life that my sister and my brother were diagnosed with HAE. To my mates at school, I explained the swelling as sprains – not because I wanted to lie about it, but I simply didn’t know what it was and what to tell them.

I wasn’t diagnosed until I was 30-35 years old. My own doctor did, of course, know about my swellings and the abdominal pain that came with it, but he had absolutely no idea what it was. He, therefore, sent me to a dermatologist, who turned out to know Dr Anette Bygum at the Dermato-venerology and Allergy Centre of Odense University Hospital and her work with HAE. He suggested that I should talk to her and that in turn led to the correct diagnosis – and eventually the right medication.

But it wasn’t without problems in the first period of time, was it?

Well, through Dr Bygum I got the medication that could help me here and then. Just 10 minutes after the first injection I could get up and go home. No question about it – from day one my quality of life was improved. The clinic gave me medicine to keep in the refrigerator at home so I could just bring it with me when going to the emergency department in order to get an injection. But even when I had the proper medicine with me I had to explain over and over again before I could get help.

As a truck driver you are not necessarily close to your usual emergency department when the need arises and every now and then I have had trouble even finding an emergency department willing to give me the medicine I had with me. My own medicine. Obviously, it was quite intolerable and by 2003 I learned to give myself the injections. It was an indescribably good experience – a whole new sense of freedom and independence.

But before you got that far you experienced a number of mistakes in the medical prescriptions.

Indeed. The worst case was when I fell from the truck, broke an arm and had to have it in plaster. Not long after I felt a swelling coming, this time to the throat. The doctor on call visited me but despite my explanation, he concluded that I was suffering from laryngitis. After he had gone and things got a lot worse I had to call 911 – three times – before I was finally admitted to the hospital. Despite my protests, I was given medication that I knew I couldn’t tolerate. This led to violent vomiting and the complete closing of my throat. Fortunately, there was an anesthetist around and he grabbed a knife and cut a hole in my throat, allowing me to breathe again.

To an outsider, it may sound like a pretty demanding combination to sit behind the wheel of a truck and suddenly get severe stomach pain. In all honesty – would you say that this was completely safe?

No, are you crazy! I’ve tried driving home from The Netherlands with severe pain to the stomach. I can’t remember how I even got home, so certainly that wasn’t justifiable.

I haven’t really gone around covering over what was wrong with me but as an adult – at least until I was properly diagnosed – it was difficult to explain my surroundings what kind of disease I was fighting with. I just had to figure out how to handle things as well as I could. For example, I purchased footwear in different sizes, so I was able to put on shoes or boots even when my feet were swollen. My colleagues got accustomed to me walking around in huge clog boots from time to time.

Are there things you haven’t done in your life due to your disease?

Not as such but naturally I had many sick days as a child. Having a disease I didn’t know what was – that didn’t really do a lot of good to my self- esteem. It turned out that I was dyslexic but nothing was done about it. It wasn’t until I was no longer a child that I decided that it didn’t have to be like that for the rest of my life.

I didn’t have any proper vocational training but at a time when I was working as long-term unemployed with the municipal bus services, I was given the chance to drive a bus. I decided that I wanted to do that – but then I had to be able to I read and count properly. So I learned. When you really want to you can, right? And nowadays I don’t even think about it.

What about now – do you have problems in relation to your work when you get an attack?

I probably live too hard a life to have this disease, you know. Some days start at 5:30 A.M. and I’m not at home before 6:30 P.M., but that’s what I want. And I haven’t had any sick days since I started on the medication I get now. Of course, that has to do with the fact that I take this medicine at the very first sign of attack – every second or third day – but then I am able to keep my HAE at rest.

Compared to previously – the time I described in the article you mentioned – I am now able to live a normal family life. Finally, I can see the bright side of existence, for now, I have control over my life and for instance, I can enjoy planning a summer vacation.

It’s tough to say it, but I only started to live from the time when I finally got the right medication and could take it myself.

Ole’s story was published in February 2015. 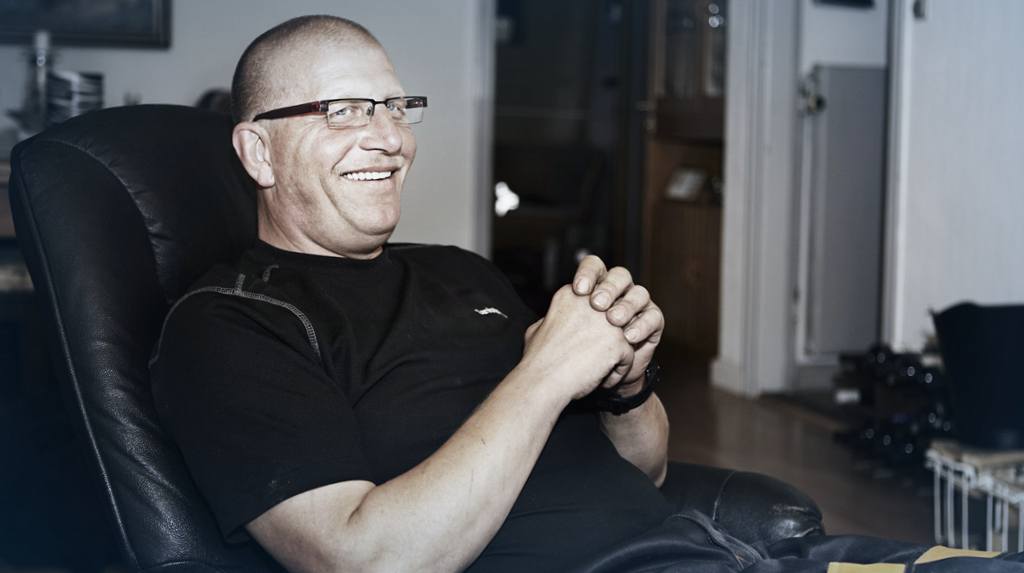 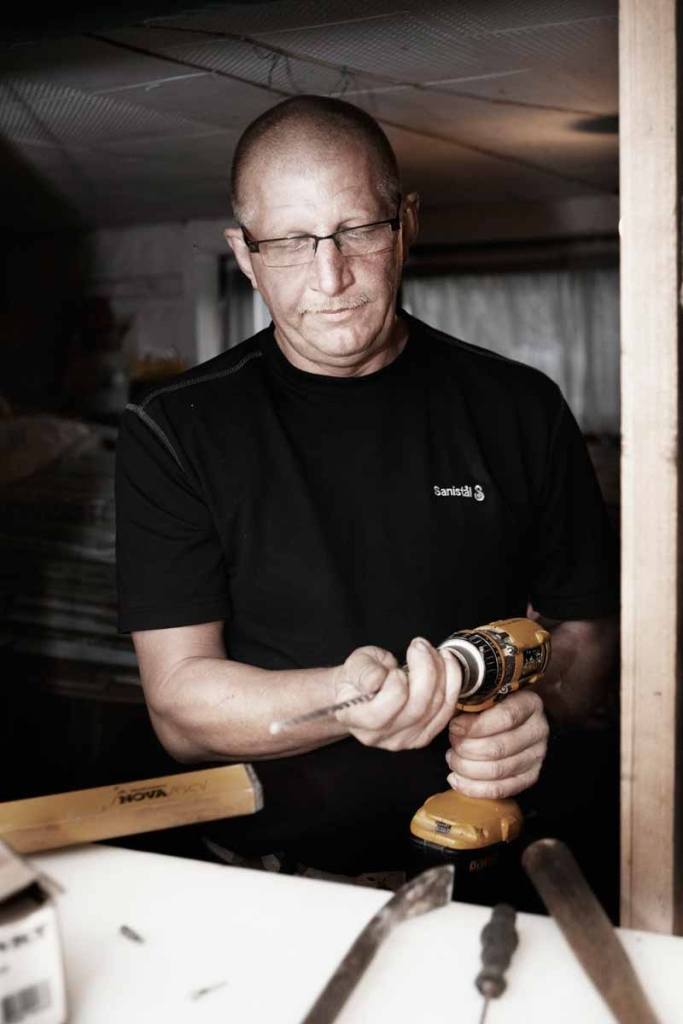 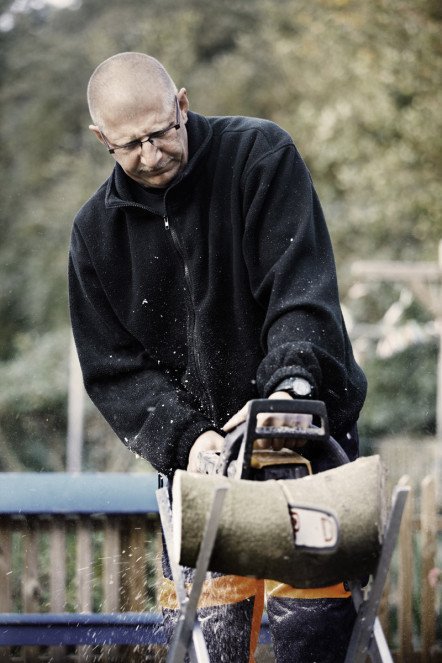