Rachel Annals (United Kingdom) thought she was quite alone with her disease – but when she was diagnosed at the age of 15 it turned out that her father, as well as her grandmother and her great-grandmother, also suffered from HAE.

When I was born my parents were unaware that HAE existed within our family – but as I was diagnosed it turned out that not only my father, sister and brother but also my grandmother have it and that my late great grandmother was suffering from this disease as well.

How did your parents find out that you had a rare disease?

When I was about two years old they began to notice that I was being sick on a regular basis. However, the doctors were not convinced there was anything abnormally wrong with me. Throughout my early school years I was regularly sick and suffered abdominal cramps at least once or twice every two weeks, and on the odd occasion, I had swellings in my hands or feet. Over the years I was tested for various food allergies and spent months on special diets, but none of these seemed to make any difference. Doctors classed my problems as migraine tummy, for which I received no treatment.

How did this influence your school attendance?

Naturally, it interrupted my everyday life, but thankfully I generally managed to miss no more than one day of school at a time due to an attack, so I didn’t fall behind too much with my schoolwork. It was difficult, though, as friends and teachers didn’t understand, and I couldn’t explain why I had severe cramps and felt sick, tired, feint and unable to concentrate at times. I had abdominal cramps regularly during my school years and had to take time off to recover. But the swelling was not always visible and often I would suffer in silence.

How does your body react to an attack?

Quite often I get a rash like rings on my chest, or my skin gets itchy where a swelling later occurs. Then I generally get a severe cramping pain like someone is twisting your stomach and it becomes really tender to the touch. Sometimes my hands swell up so much that I can’t hold a knife and fork. The sensation of the skin stretching is like a burning pain. I also regularly suffer swellings in my knee or hip joint,s making it quite difficult to walk.

In 1993 – when you were 15 – you attended yet another appointment with a specialist and he finally decided to test for HAE.

Yes. He said, however, that it was extremely unlikely this was what I had, but he was otherwise at a loss as to what was wrong with me. The tests came back positive, and finally, I had a diagnosis. No one in my family had at that time even heard of HAE, but eventually, we were able to trace the condition back through my dad’s side of the family. While my father and his mother only rarely had attacks, my great-grandma had really serious swellings. For instance, her top lip used to swell up badly.

After my diagnosis, I started attending regular outpatient’s appointments at Southmead hospital in the northern suburbs of Bristol. I met with an immunologist who helped me put together a treatment plan to manage my symptoms. The medication I began taking was a synthetic steroid hormone, and for the next 17 years, combined with a synthetic analogue of the amino acid lysine, I remained fairly healthy with just a few breakthrough attacks. This came at a great time, helping me through my studies for the General Certificate of Secondary Education as well as my college years, and enabling me to secure a full-time job. I studied Art and Design at Bridgwater College in Somerset and have worked as a graphic designer, firstly as a junior/trainee, for nearly 17 years.

Have your symptoms always been the same?

No, not at all – over the years they have changed frequently. In my earlier years I suffered from mostly abdominal cramps, sickness, and diarrhea, and in my teens, I started having attacks of edema mainly in my hands and feet. More recently I often develop a rash before swellings appear, and the swellings are generally in my hands, feet, knees, elbows and groin area. The abdominal cramps and sickness are also regular symptoms, and these seem to develop much more rapidly than when I was younger.

Thankfully I have only ever had a couple of attacks of edema affecting my throat and airway.

The first episode was when I was 19 and at college. It started with a throat infection and within three or four hours I could hardly breathe and I was rushed to the hospital via ambulance for treatment. It wasn’t nice. Indeed, it was frightening and thinking of it reminds me just how important it is to have an emergency supply of acute attack medication at home.

Did you experience side effects from the medication you were taking at that time?

Yes, because of the prolonged use of the synthetic steroid hormone, I had regular blood tests to monitor my C1 levels as well as ultrasound scans on my liver area. Over time I developed a small adenoma on my liver, which caused me a little discomfort, this was monitored closely with regular MRi and ultrasound scans. In 2010 I decided – in consultation with my immunologist – to take a break from the steroid hormone completely, not least because of the adenoma. Within a few weeks of ceasing this medication, the tenderness in my liver area started to subside, and a scan a few months later showed the legion had shrunk in size. Unfortunately, two weeks after stopping the steroid hormone, I suffered a very bad night of abdominal cramps and sickness, and at 4 A.M. awoke with severe jaw ache. Over the course of a few hours this spread to my neck, shoulders and then arms, and after a visit to the accident and emergency department at 8 A.M., I was later diagnosed with suffering a minor heart attack. This came as a huge shock to me as at the age of 32 I was fit, playing sport a few times a week, eating healthily and on top of that a non-smoker. 18 months later, again after an episode of severe vomiting, I suffered a second heart attack. The cause of these heart attack have never been diagnosed, and thankfully I have made a full recovery, with no lasting effects.

Since then, I have been having regular infusions of C1-inhibitor when I need it, which is generally twice a week. In the beginning, this meant trips to the hospital for it to be administered, as I was unable to do this myself at home. Although I was generally well and able to manage my HAE, it was extremely difficult to plan my everyday life as my treatment program restricted me.

And now you do self-infusion?

Yes, I do. I now have C1-inhibitor home therapy so I no longer have to visit my local hospital every time I have an attack. Today I have the ability to self-treat with C1-inhibitor as soon as I need to and I make sure it comes everywhere with me.

Knowing that HAE runs in your family for generations and that the condition is hereditary what were your considerations regarding pregnancy and childbirth?

It was a big thing to decide whether or not to have a baby. I took a lot of time discussing with my partner if we should indeed try ourselves or look into adopting a child instead. Also, we talked a lot about how we would bring up a baby with HAE. With the continuous advances in medications in mind, we decided that our baby, if it had HAE, could still live a happy, full and active life.

How did you cope with the disease during pregnancy and childbirth – did you experience any change compared to the time before you got pregnant?

My attacks prior to pregnancy were every six days or so. As soon as I became pregnant they increased to every three to four days and seemed to progress a lot quicker. As a precaution because of my heart, I had a Caesarean section so the childbirth itself was planned well and I self-treated with C1- inhibitor on the morning of the operation as well as the day after. I didn’t suffer any additional HAE attacks because of the operation or in the recovery days following it.

Do you have thoughts on pregnancy and childbirth you’d like to share with fellow HAE patients considering parenthood?

Most of all I want to say that it is important to be prepared for the possibility of an increase in attacks. I found that keeping active as much as possible and eating healthily helped me to feel well between attacks.

Do you know by now if your daughter has inherited HAE from you?

Darcy has been tested and I am pleased to say that she does not have HAE.

Tell us a bit about your work with HAE UK and HAEi, please.

HAE UK was set up, with the help of HAEi, in October 2010. I travelled to London with my mother to attend the inaugural HAE UK meeting, where I met Ann and John Price and Henrik Balle Boysen. I agreed to work with Ann in growing the UK charity and helping support people in the UK living with HAE. I have now been working with HAE UK for more than 10 years as Executive Officer, and we have over 600 members. This work is really important to me and we have helped many patients to get a diagnosis, find an immunologist and obtain better treatment for their HAE.

In 2013 I joined the HAEi Executive Committee, where I am now on the Board of Directors. I am also the Assistant to the Chief Regional Patient Advocate.

Although HAE does have an impact on my day-to-day activities, I am determined to not let it stop me doing the things I love, leading a full and active life and encouraging all HAE patients, where possible, to do the same. 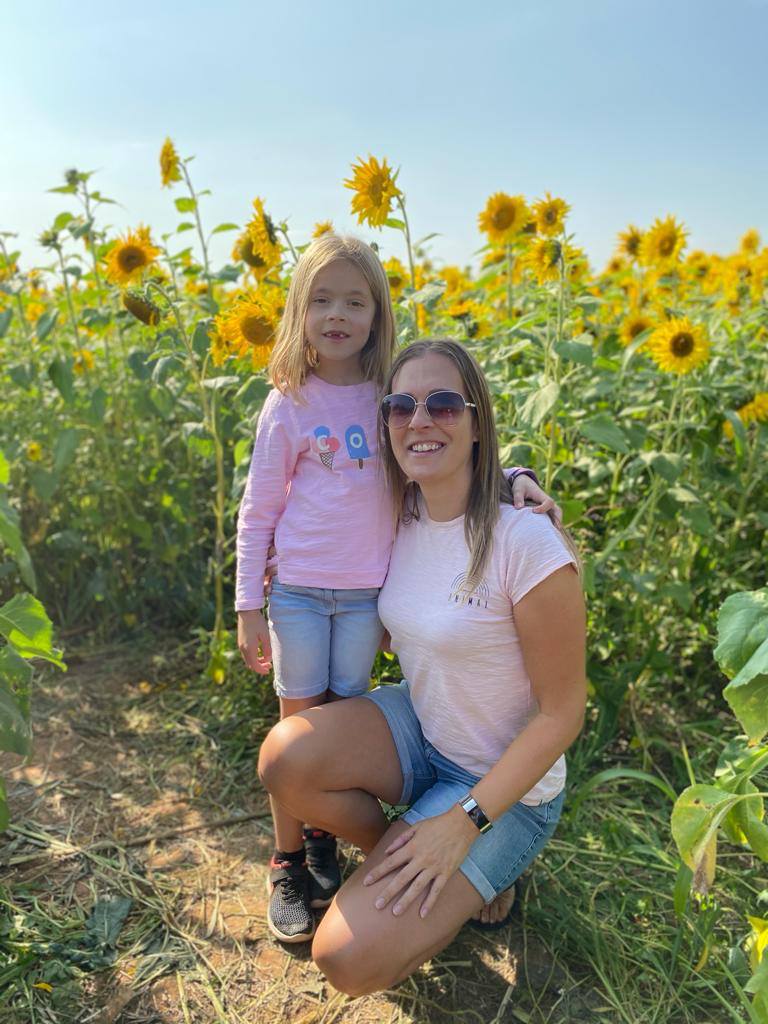 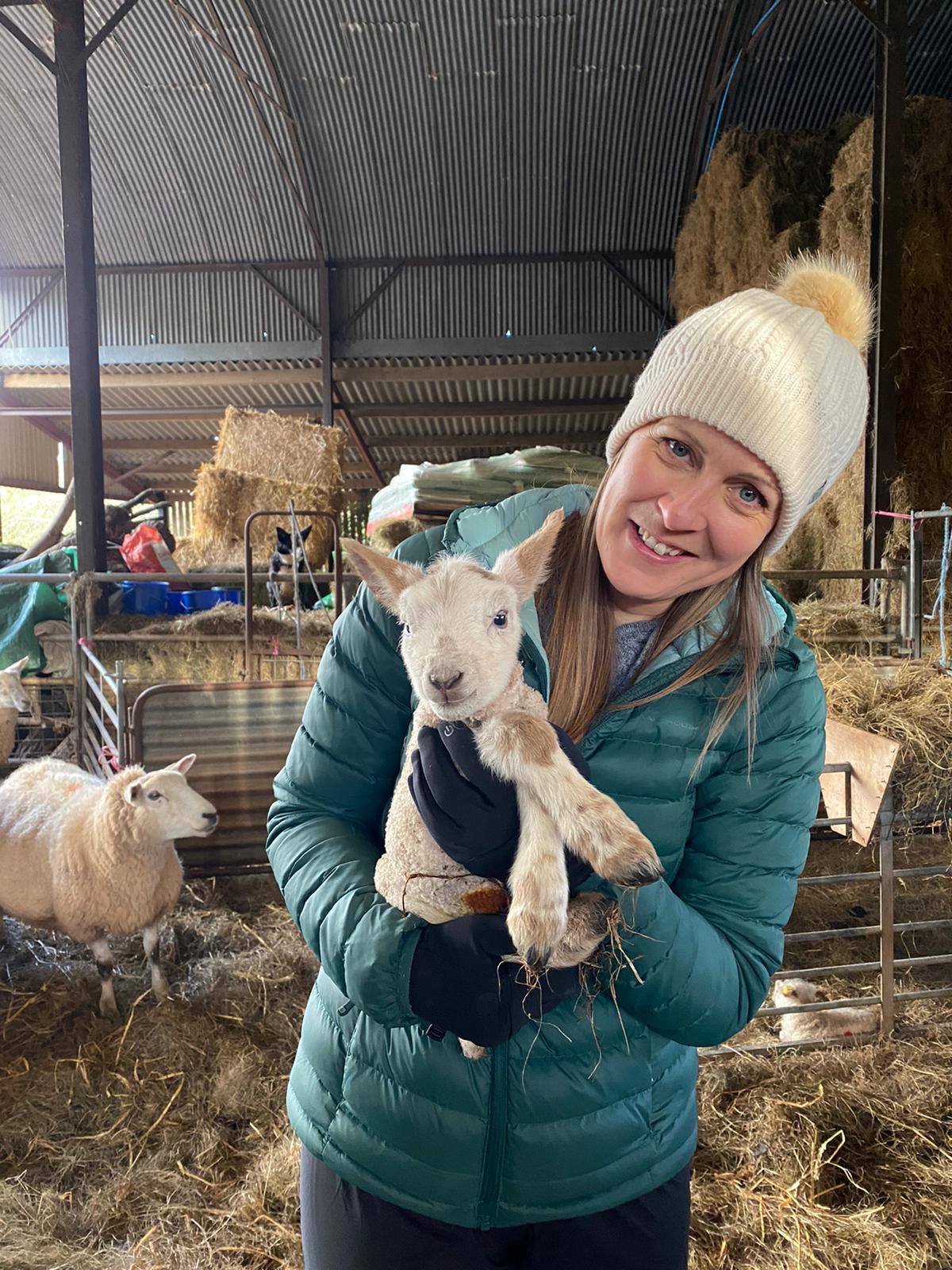 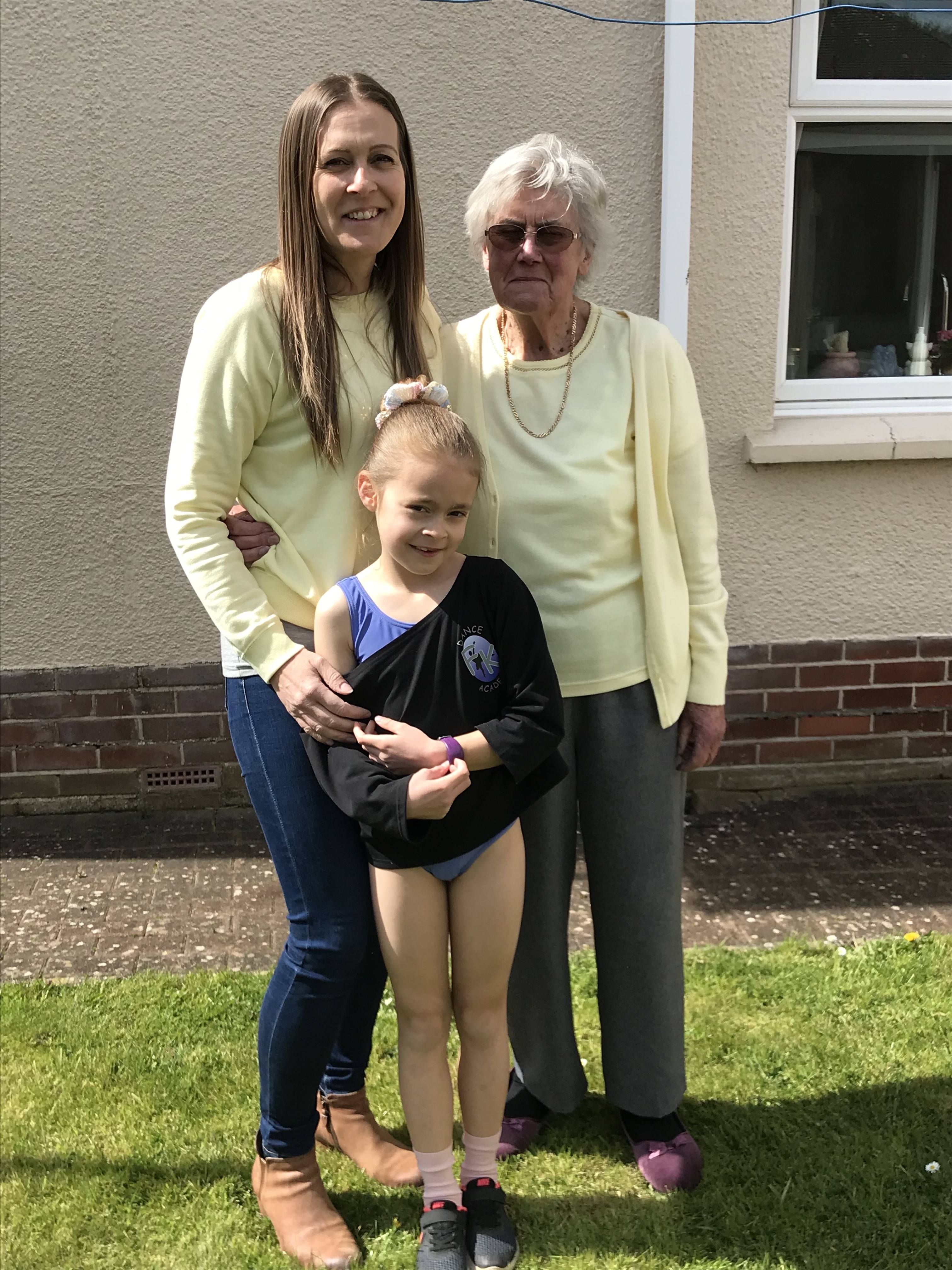 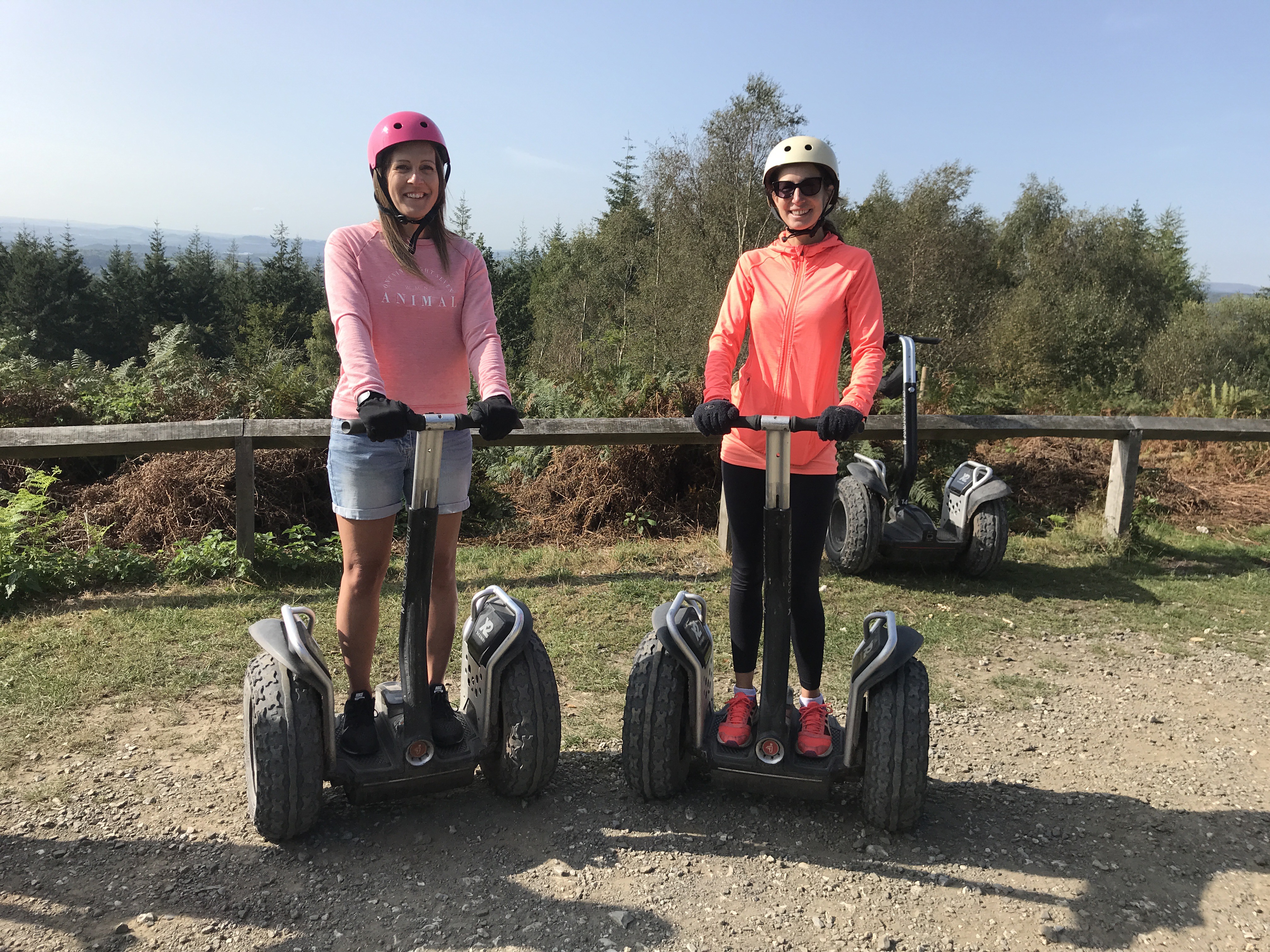