Rashad Matraji (Lebanon / United Arab Emirates) has been a scout since his teens and he has tried things like hiking, camping, cycling, exploring caves, kickboxing, and kungfu. Never has he asked for special treatment – nor has he acted as if he was in any way disabled or having a problem.

According to my parents, I had my first attack – that was in my hands – just a few weeks after I was born. At that time my father knew what it was as he experienced the same kind of symptoms. At that point, he wasn’t diagnosed as an HAE patient but due to his own attacks he was quite familiar with the disease, and he knew what to do about it whenever he had an outbreak. Therefore he was not all that worried on my behalf. He was able to manage his own attacks, so he treated me and taught me to manage whenever I had an attack.

Are your father and you the only cases of HAE in your family?

My dad has told me that his father also had this kind of attacks. My grandfather passed away without being diagnosed, but his attacks were minor and not frequent, and in his case, they started late in life. We think it was HAE in his case as well. I am blessed with two girls – the one was born in 2015, and unfortunately, she carries the disease, while the second one born in 2017 has not yet been diagnosed.

Your father suffered quite a lot from not being diagnosed, didn’t he?

Yes, for a great many years he suffered from not having the right diagnosis. He underwent unnecessary surgeries and was not properly informed about the disease or how to handle it. He had to find out for himself. All he was told was to take a synthetic steroid hormone, and he did so for many years. He did, however, suffer from side effects, which led him to refuse to put me on the same kind of medication. Today my father is over 60, and as he is not experiencing attacks any longer, he is not in any kind of treatment.

From a health point of view, how would you describe your childhood and adolescence?

Through my childhood and adolescence, I had several attacks in my hands and in my feet as well as to my stomach. Fortunately, I never had to go to the hospital due to these attacks, though. When I had an attack, I would simply stay at home fighting the thing. There is no question that I had great help from my belief in God being there for me so I would one day reach the right diagnosis as well as the proper medication. Also, the support of family and friend was of great importance to me.

In my early school years, I had a lot of absence, but it really wasn’t that much of a problem as I had very good support from my family. Obviously, it was annoying to be sick a lot, especially because I didn’t know what I was suffering from.

And how was the situation when you went on to your further education?

In the university, it was almost the same as in the earlier school years. I was missing some classes, but in general, I was fine. I was the president of the university student club for a couple of years, and I would say that I lead a normal university life with a normal amount of absence. In school as well as in university no one knew about my disease. Some of my fellow students might have seen a swollen hand, but they never knew that it was more than an allergic reaction or something similar. I was able to follow my studies in engineering and in 2006 I graduated as Industrial Engineer from Université de Technologie et de Sciences Appliquées Libano-Francaise – that is the Lebanese French University in Tripoli, Lebanon.

How would you describe the life you lead now?

I would say that I live a fully normal life as I have found out that I am stronger than my disease. For instance, I was the secretary of the Rotary International youth program Rotaract in Tripoli in 2005-2007, I have been a scout since my teens, and I have tried things like hiking, camping, cycling, exploring caves, kickboxing, and kungfu. Doing this I have never asked for special treatment, and I have never acted as if I was in any way disabled or having a problem. I have often had swellings after combat and other heavy activity, but once I had recovered, I never thought that I wouldn’t do that kind of thing again.

So no severe side effects from doing extreme sports, even?

No, the worst kind of experience I have had in connection with my sports have been getting an attack when I had already planned an activity. Then I would have to turn to plan B: skipping what I had already planned, not tell anybody and just sit at home and suffer alone while waiting for the attack to finish.

In 2017 I had an accident while doing my adventure sports but even that didn’t stop me from my sticking to my passion, and I am still doing my things – and I will continue doing them. You know, I have even participated in the Dubai TV reality show Quest about adventure challenges.

What about work – how would you describe that part of your life?

I was born and raised in Tripoli, the largest city in northern Lebanon and the second-largest city in the country. In 2007 I moved to Dubai in the United Arab Emirates where I am presently living and working. After moving here, I have now and then felt that my disease was affecting my work performance too much. Obviously, it is not acceptable to have a lot of absence from work so based on my symptoms I began looking for information on what could be the possible causes for my attacks. The funny thing is that in 2008 I more or less diagnosed myself from what I found out in my research. I realized that my disease looked a lot like HAE so I got in contact with HAEi and through the global organization I met a few good doctors that could confirm that I do indeed have HAE. By 2010 that helped me to the proper medication and thus a still better life.

For some ten years I was Regional Health, Safety & Environment Engineer and then Operation Manager for a company in the United Arab Emirates. Since 2017 I have been working as HSE Manager for the French transnational company Veolia with activities within water management, waste management, transport and energy services. In my new job, I have done some awareness sessions for my colleagues.

You married in 2013. What are your thoughts on parenthood – are you afraid of passing HAE on to the next generation?

Honestly, I have been a bit concerned about having babies with HAE – and as I said previously, I have been blessed with two daughters. One has HAE while we don’t know about the youngest one as she hasn’t been diagnosed yet. However, I believe that God will support my children, just as I have been provided with a normal life and been supported all the way through. 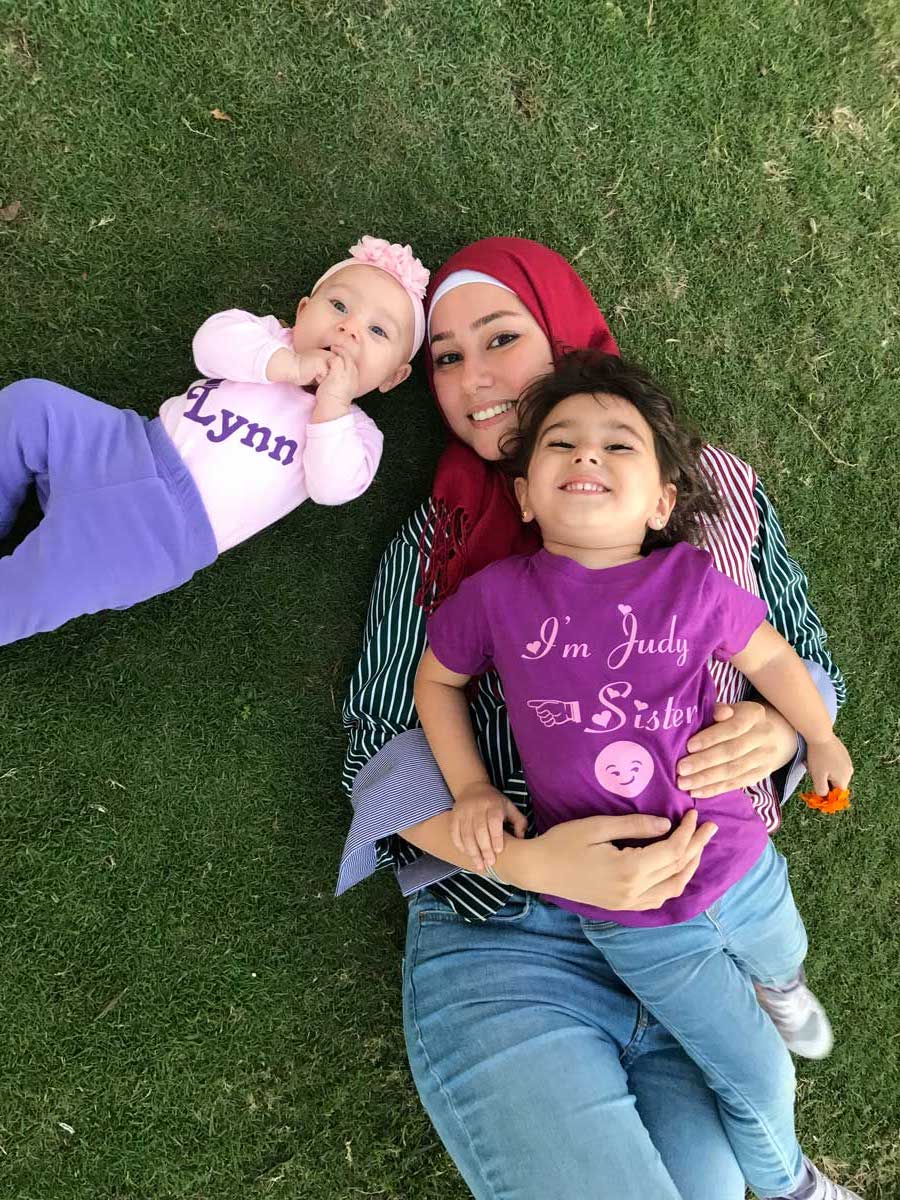 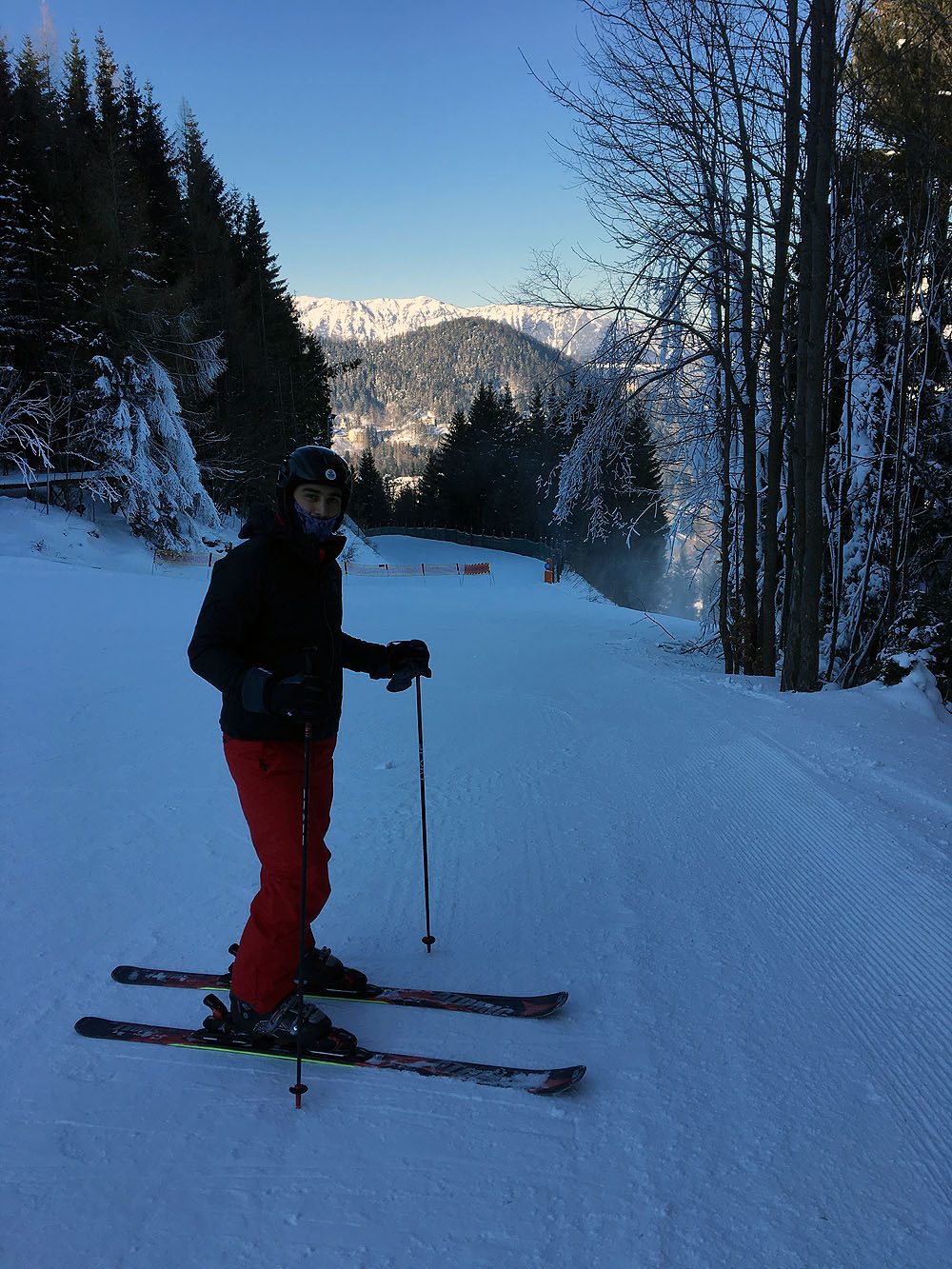 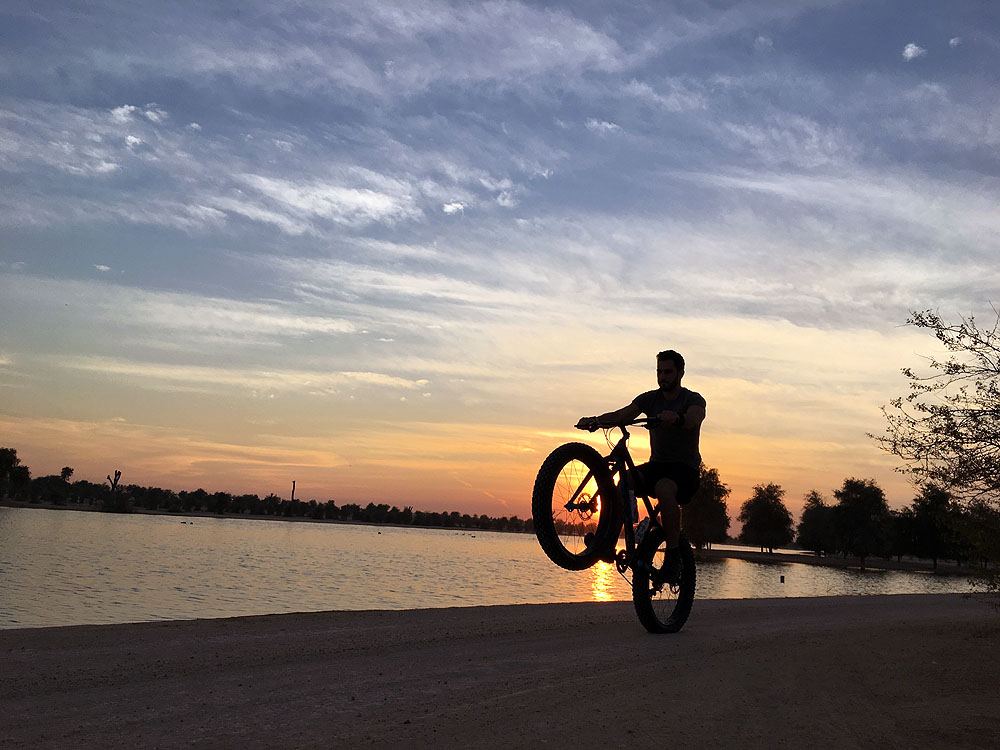 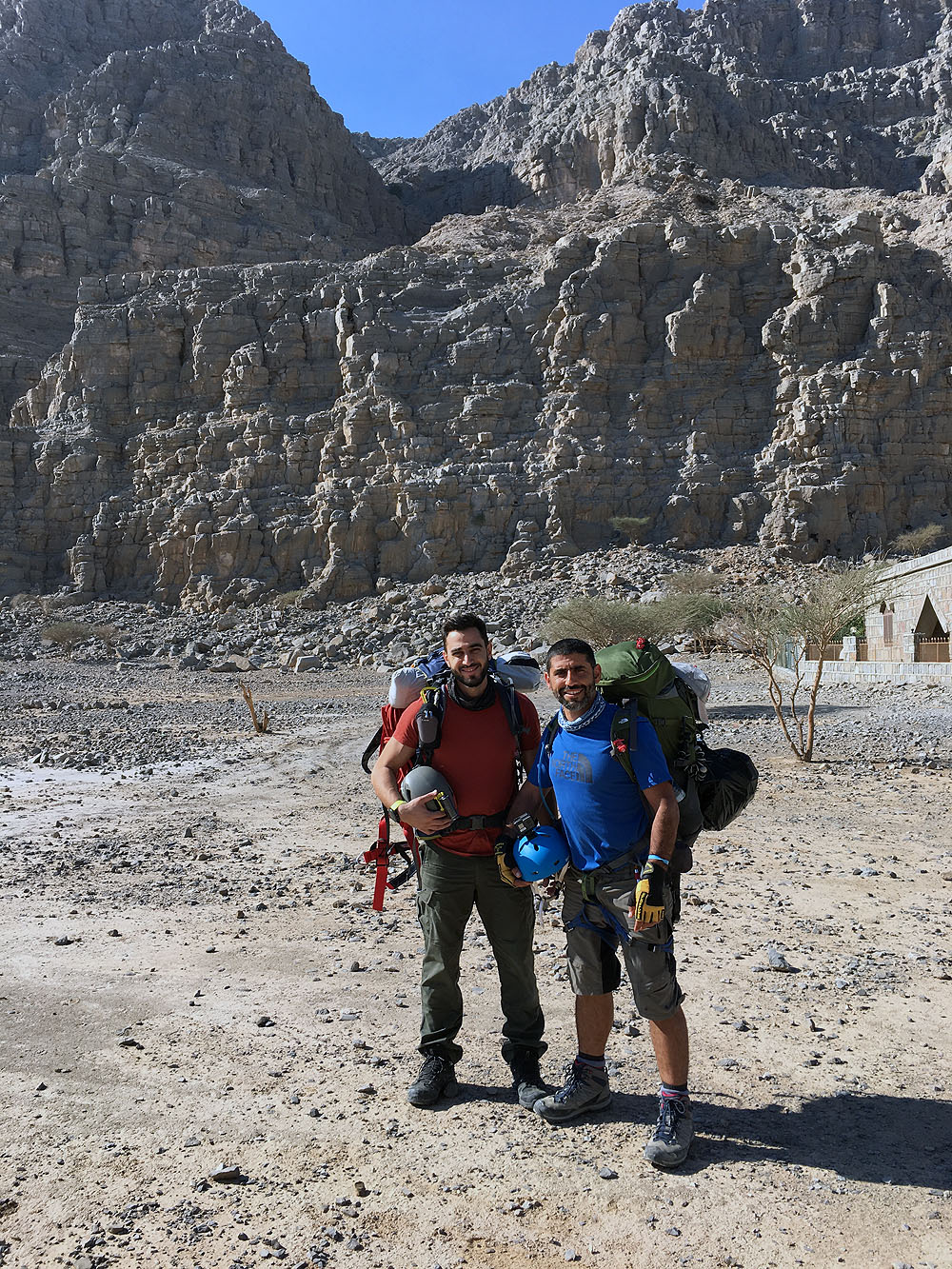 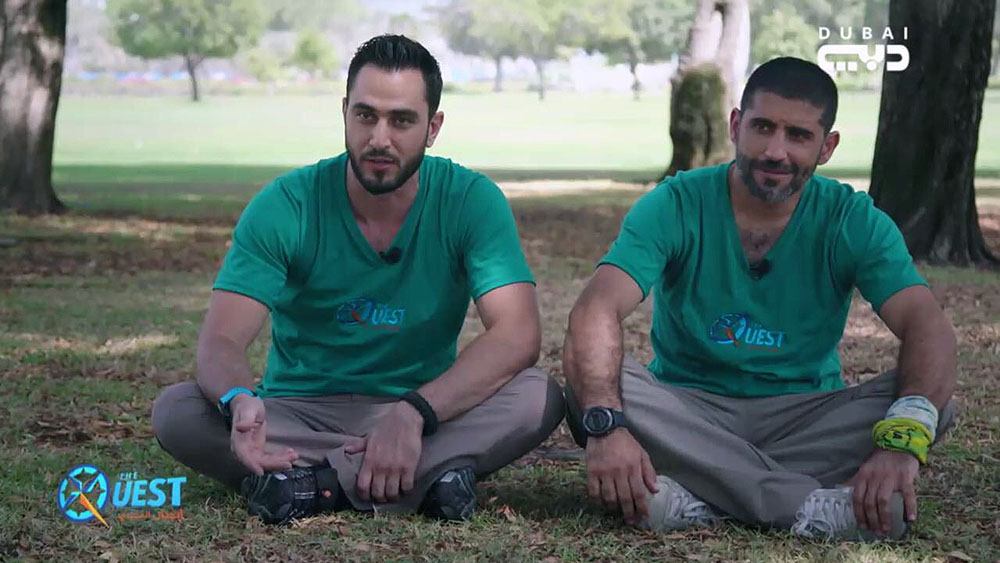 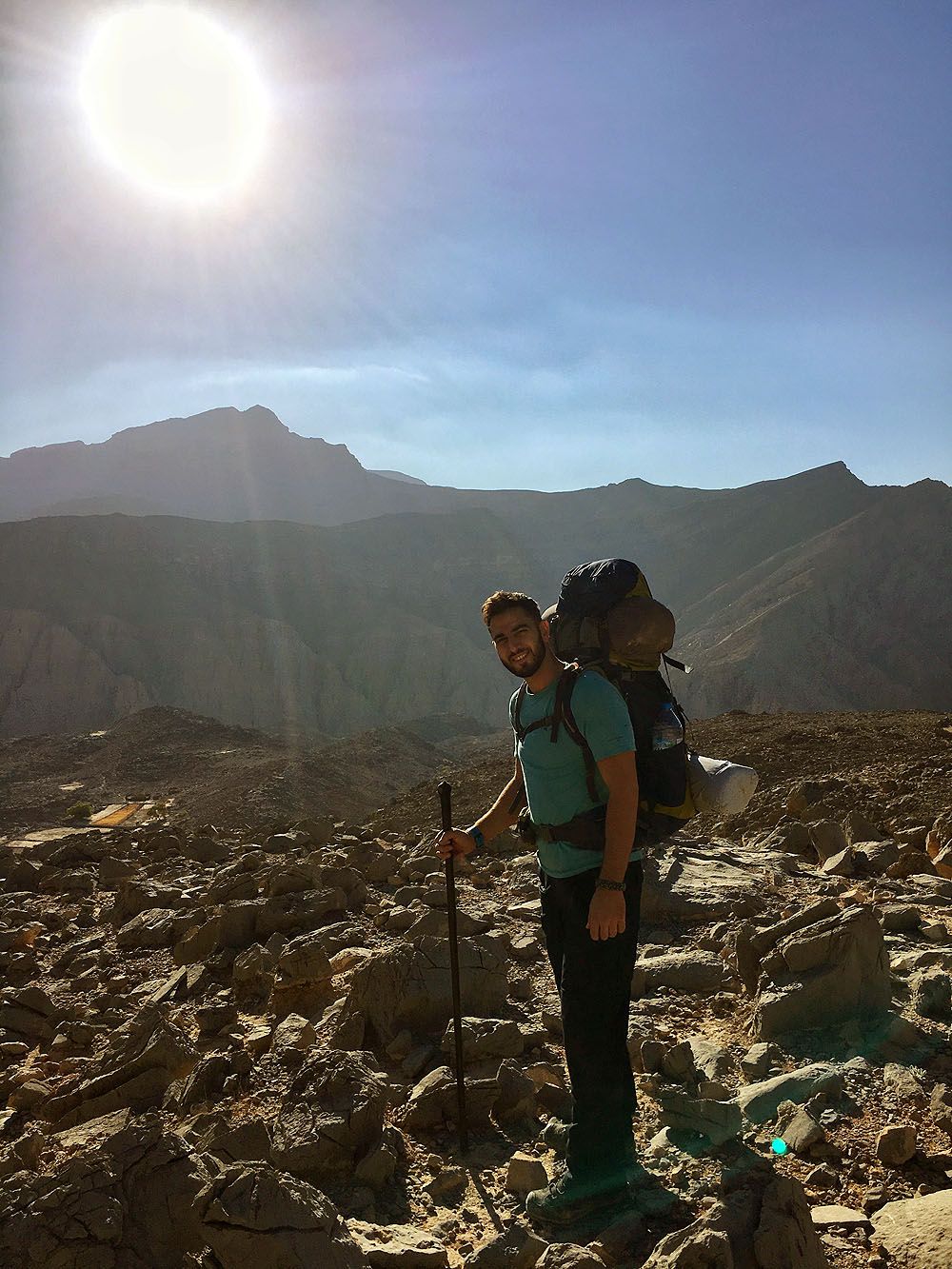