The things we got are not guaranteed.

When I was a child, there was a tradition in Hungary that children would get a bunny for Easter. I was four years old when my first attack came – around Easter – and my parents thought I was allergic to rabbits. However, it was clearly not the case as allergic medicines did not work. My tonsils were removed around the same age as the doctors thought they could have something to do with my disease. Also, at some point during my early childhood, I fell off my bike, and the doctor said that I had broken my arm. Plaster was put on, but after a few days, it didn’t fit any longer since the swelling of the arm had gone down.

In fact, these were your first experiences with HAE. How long did it take until you were diagnosed, and how did it happen?

As I remember, I had other swelling before being diagnosed. Sometimes it was scary when my face, my mouth or my eyes got swollen, but most of my attacks were in the extremities – uncomfortable but nothing more. What was the worst was that my parents and I did not know why it was happening to me, which was both puzzling and quite frustrating.

As I had an attack almost every month, my parents tried to find out what disease I was suffering from. We were lucky because my father’s colleague – who later became my boss – had a good friend from the university. At that time, this friend’s wife was an allergist at the children’s hospital at Szeged, and she somehow found out that it might be HAE. The necessary blood tests were made, and I officially became an HAE patient when they came back.

How would you describe the first part of your life as an HAE patient? For instance, did your condition keep you from doing things your friends did or did you stick to your sport or other favorite activity despite having HAE?

I’m almost 40 now, and I can say that I have had a very satisfying childhood full of fun – and adolescence as well. I did not miss days from school too much, I had great friendships, and I did not have to skip meeting with them. I did sports like football, handball, volleyball, basketball – and later in high school, I took part in rowing and canoe training. There were times when I went to parties every weekend and did whatever I just wanted. I learned my limits as a grown-up and had as much fun as I just could. Yes, there were attacks, and I had to rest for a few days, but they did not stigmatize my youth.

There are no other HAE patients in your family?

After my diagnosis, my parents and I went to the clinic in Szeged for a few years. Here they did blood tests and sent us the results, but that was really all they could do. Finally, after a few years, they found the HAE Center led by Professor Henriette Farkas, and we could level up. At the center in Budapest, my family was tested – not just blood tests but genetic tests too. We learned from those tests that I have Type I HAE and that I’m the only one with this condition in the family.

Being the only one with HAE in your family, would you say that you have met understanding from people around you, that is family members, friends at school, working relations?

Before I was diagnosed, my close family was worried and scared as we did not know why I had these attacks. Just a few of my friends knew about my disease, but as we never met when I had an attack, they didn’t know how it was to live with this disease. However, these friends did understand that my attacks could be severe, so they were supportive. Mainly as all my episodes just needed a few days away from normal life, I did not have to scare anybody too much with my swellings.

Later, when I learned self-injection, my future wife learned it with me. It was very calming for me, and sometimes she asks me if she can do the injection because she wants to help. In high school and later at work, I have often been telling people that I’m an X-man as I have a DNA mutation – you know, a bit of a funny way to tell others about my condition, right?

Would you say that your condition influences your choices in life?

I’m happy to say that my condition does not influence my choices because I have access to modern medication all the time. So if we go on a vacation or there are more challenging times at work or maybe longer nights because of team building, I have the medication with me, and I can treat myself. That gives me the security I need.

Are you involved with HAE awareness work?

After we located the HAE Center in Budapest, we discovered that there are yearly patient meetings where I could meet people like me. At first, it was strange to be in a room full of other patients and their relatives, but then I wanted to know more.

Because it is a rare disease, not much was to be found – apart from a mention in one episode of the TV series “Dr. House”. There were websites of a few patient organizations around the world, but I didn’t find HAEi at that point.

It has been 12 years since I became Secretary of the Hungarian Patient Association, and since then, a new world has opened to me. I have had the opportunity to visit all the Global Conferences organized by HAEi, and so far, I have attended three regional conferences in Poland, not to mention participating in the C1-Inhibitor Deficiency Workshops in Budapest.

Attending an HAE Global Conference or other larger HAE gatherings is very comforting. It is also inspiring to meet people from all around the world and talk about something we have in common despite it being a disease. Also, it is an excellent opportunity to rethink what you have compared to how other countries are dealing with HAE. And it is good to hear interesting – sometimes sad – stories from other patients. I really like to meet new people and make new friends from other countries. Even if you only meet once or a few times, there is a hidden bond, and you will always have something to talk about and inspire each other with.

If you should advise a newly diagnosed patient from Hungary, what would you say?

Firstly, I’d say that now you are diagnosed and have access to proper medication through the HAE Center in Budapest. Therefore, you are in good hands but do not be satisfied. You have a lot of work to do: go to the check-ups, check your medication, keep the medicine with you, take part in the studies and support the HAE Center in its work because this is what gives us the privileges we have now! We often get comfortable when we get used to the support and things we got now, but it is not guaranteed. We must work to keep maintaining these conditions. You also get a group of people who understand what you are going through and how you sometimes struggle in your life – and we can support you! 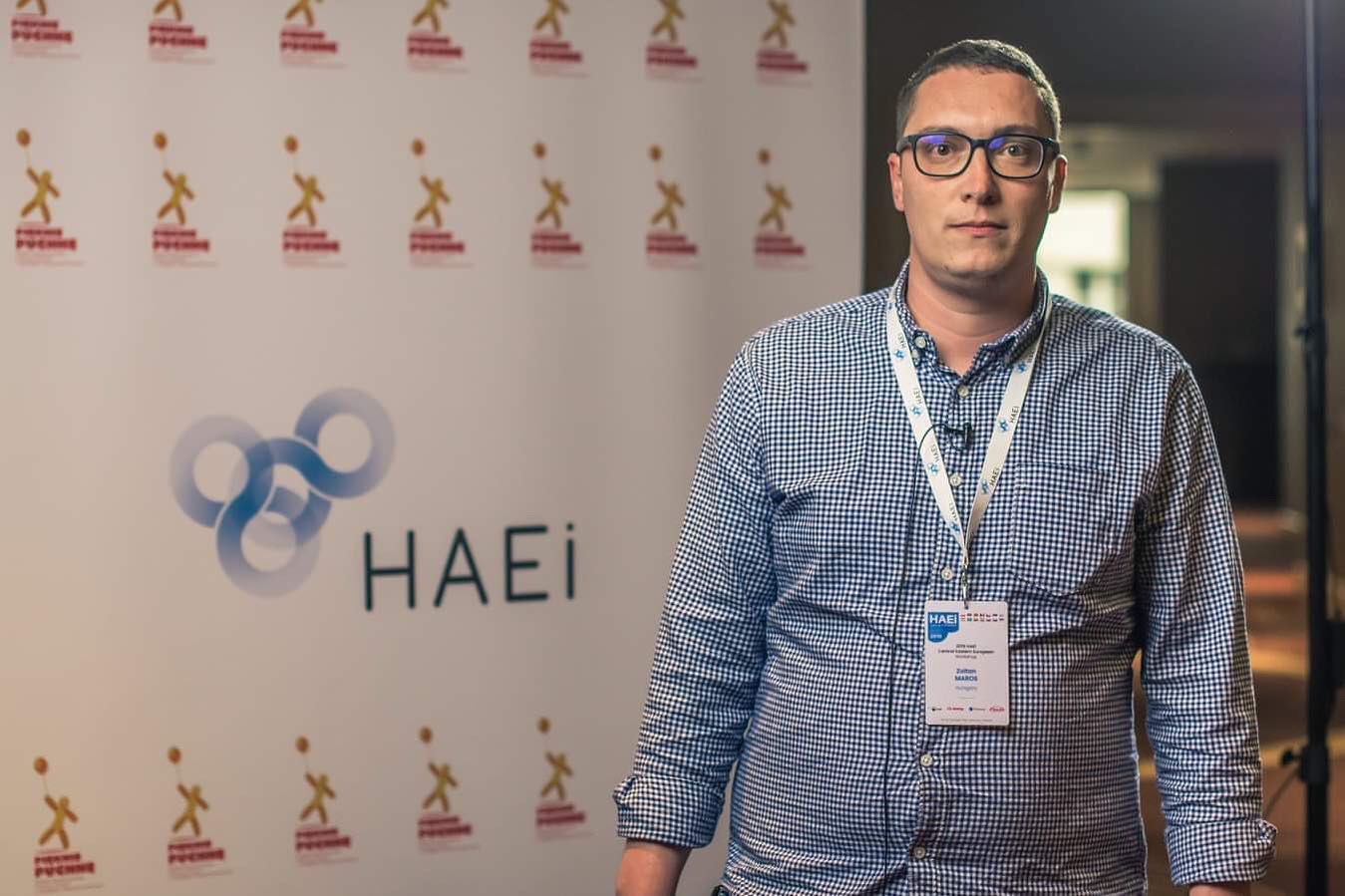 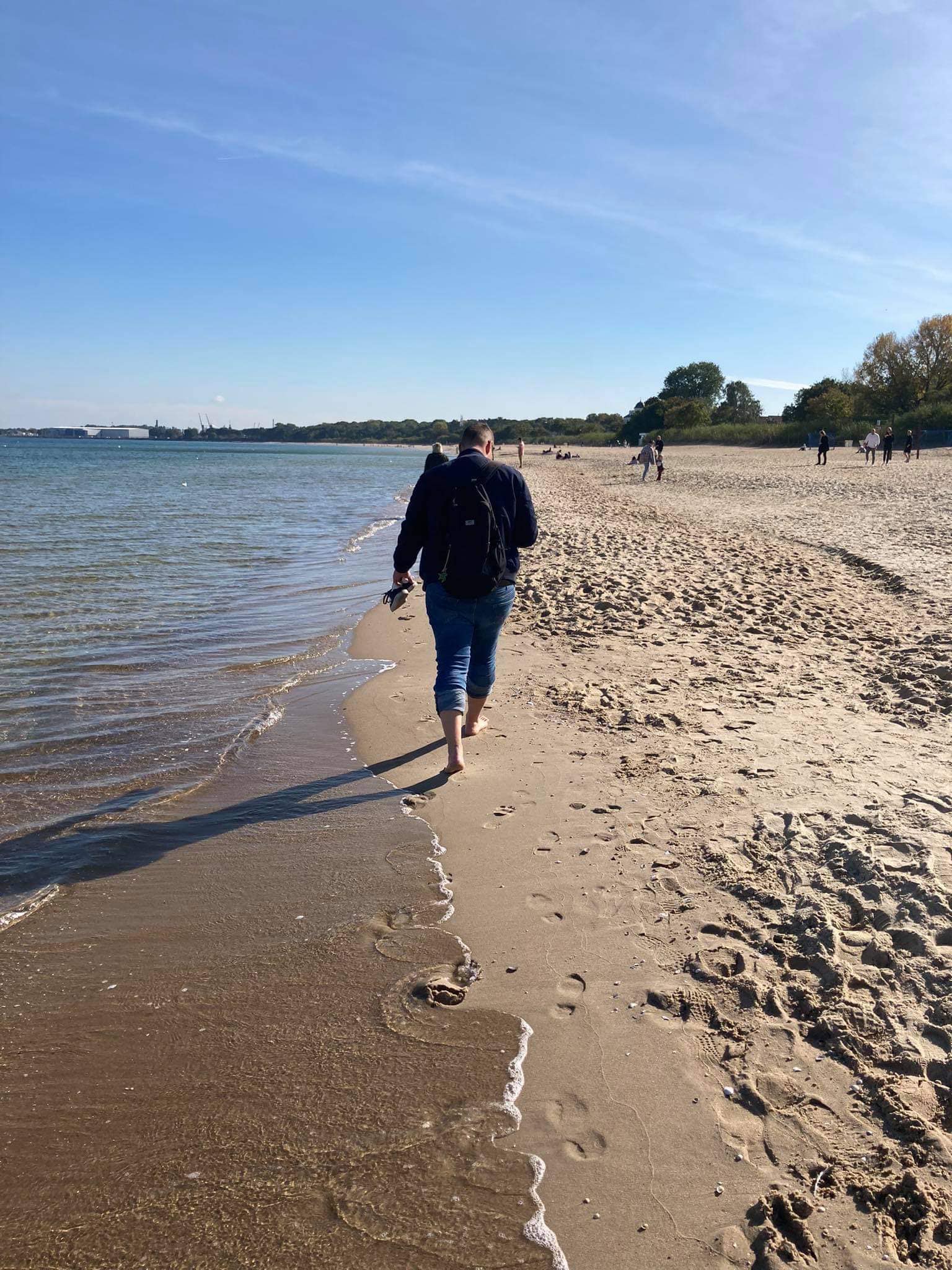 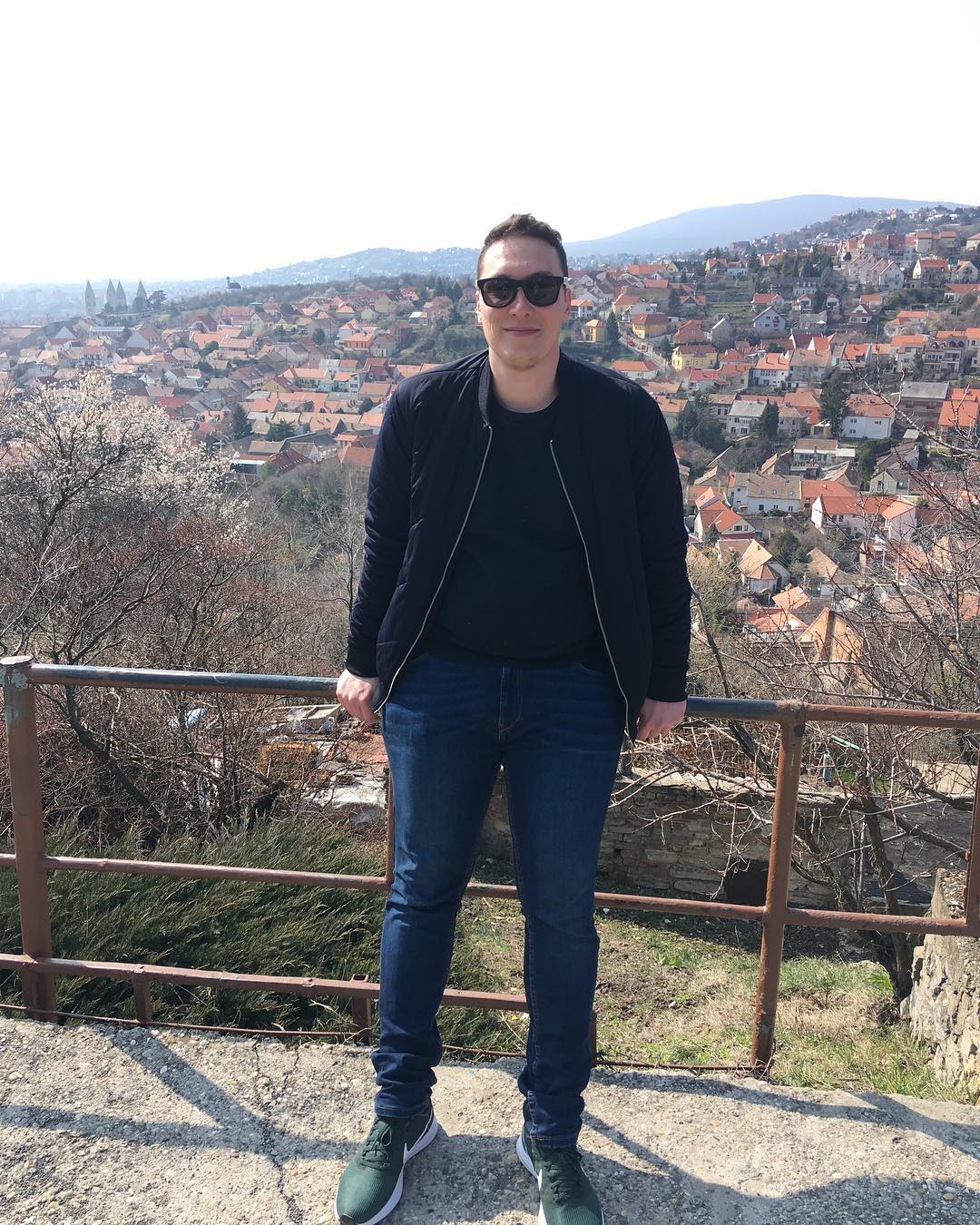 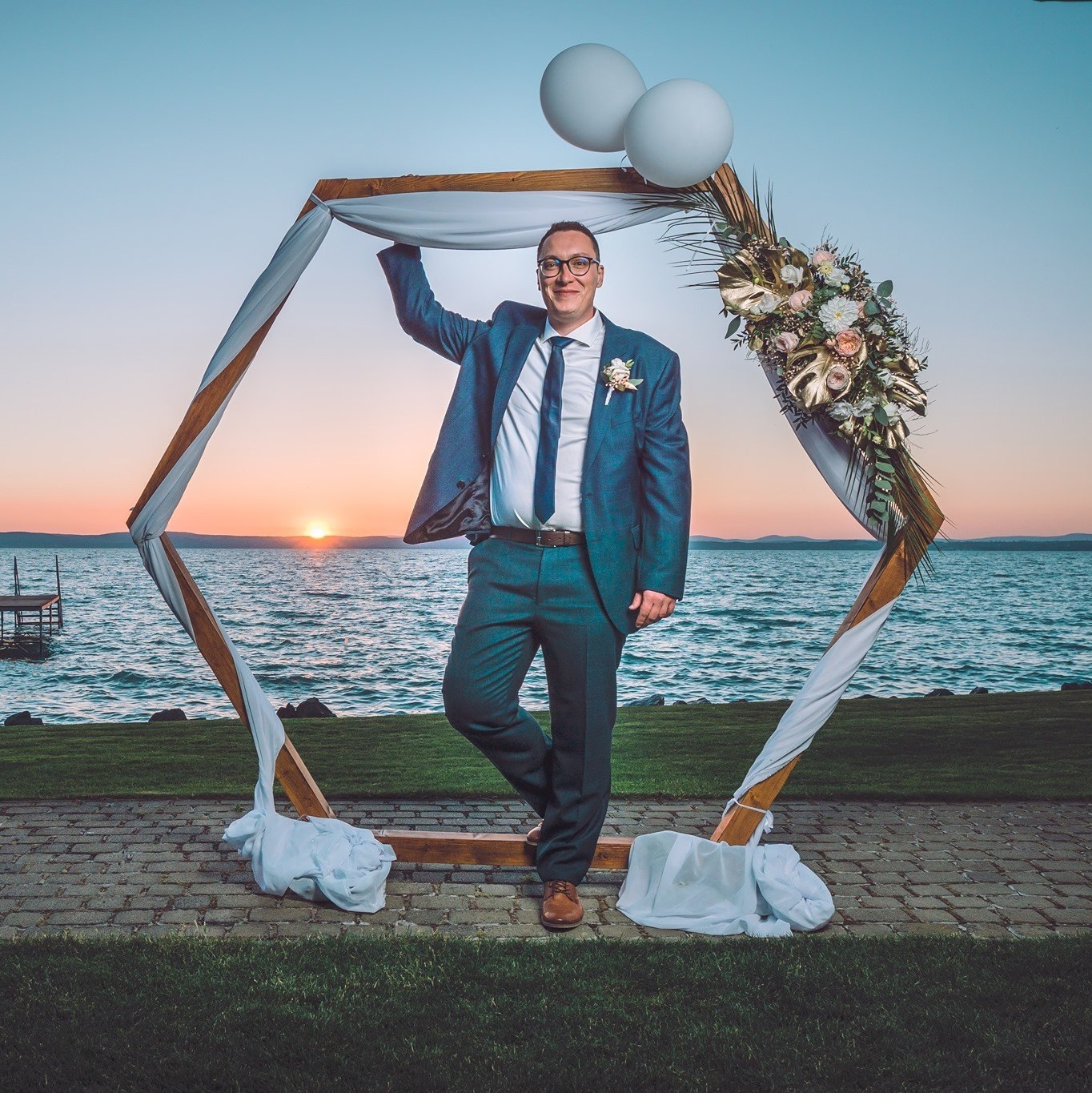 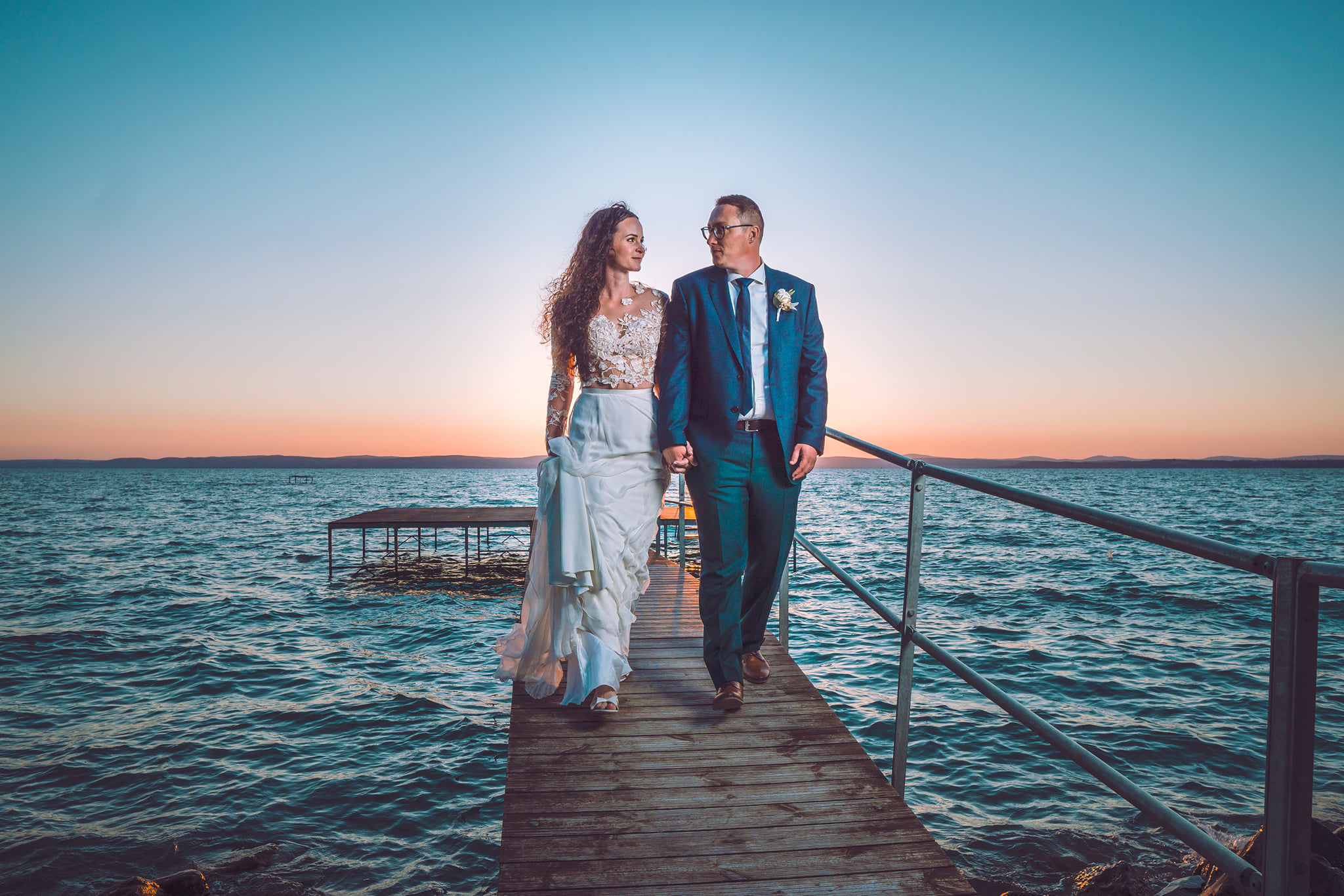