After a childhood full of mysteriousness and misery, Arianna Kitzinger (Hungary) now leads a relatively serene life with manageable HAE attacks. For a long time, she did not know how to face or handle her condition but fortunately met the right doctor just as she was on the verge of giving up hope. “It’s never too late”, she confirms when recalling the memories of a rare life with a rare disease.

Doctors said that I had an allergy, teachers said that I was playing truant and my parents said that I due to my illness needed more help and attention than other children. In the middle of all this, I regularly had severe pains in the stomach just on the edge of collapsing. I vomited, felt dizzy and could not concentrate, as the pain was almost unbearable. On top of it, I could not achieve a lot of success at school. However, I was pretty hard-working, ambitious and very much involved in things I was really interested in especially humanities. Yet, I was hardly able to finish anything I started as a new attack demolished my plans.

Your father also suffered from HAE. Wasn’t it obvious that you inherited it from him?

At first, it wasn’t. Till my adolescence, I only had recurring stomach-aches from which one cannot conclude that a patient has such a rare disease. I mean, I did not have any visible marks, while my father did. I remember that sometimes his limbs or face were swollen and some other times he had a stomach-ache, but no doctor was able to find the reasons. Having an excellent sense of humor and being a pretty easy-going guy, he did not make much of it: one day he was dying of spasms, and the next day he gave up the prescribed strict diet suddenly. ‘Well done!’, I must add today. He knew how he was feeling when he was ill and he realized when the attack had ceased. He just behaved instinctively. At that time everybody was suspicious of some kind of allergy, but nobody found the actual cause. But he did not take it tragically. In fact, later he worried much more about me and my brothers than about himself. When I was 13, I woke up with a swollen eye. We thought it was a kind of sty and were waiting for it to disappear. Just on the contrary, it started to grow and spread all over the face. It lasted for two or three days then it regressed as if nothing had happened. The only problem was that from that time visible swelling occurred very often, almost every two weeks and lasted for a couple of days again and again. I don’t remember that I had a part of the body, which did not swell. Then doctors started to give up the hypothesis of allergy, and teachers gradually stopped teasing me.

Good news. Were you relieved then?

Not really. I guess I‘d rather have been a happy and carefree liar, a real truant at school than the conscientious but ill girl who was not able to nurture her ambitions because of her disease. My teachers gave me all kinds of useful advice about my future career: I could have been a cleaning lady, a clerk, a secretary or maybe a bathroom attendant. I don’t look down on any job, I just hate monotony, and I knew I needed more challenge. I also felt that physical work caused too much strain, which deteriorated my disease. They told me that due to the amount of absence from school, I would never ever have a real job. Instead, I should be a freelance, I thought. In fact, I had to give up my uplifted plans about a musical career because swollen hands prevented me from playing the piano. Thank God, as I was not blessed with much talent.

How did you get out of this maze?

With the help of a local dermatologist who had enough of the helplessness and hesitation around me and did not fear to admit that my case was beyond her competence. I am still grateful to her for her humanity and sincerity. I was 17 and spent two weeks in our county town’s hospital where doctors were also honest and admitted their failure in diagnosis. Yet, they were already on the right track and sent me to an allergologist in Budapest. She, after a special blood test in my family, managed to give the diagnosis of HAE. My father, my brother and I were in the same boat. I would exaggerate if I said we were happy, yet it was kind of a relief. At least we reached a plateau where our lives could be seen from a different angle.

What was the view like from there – rosier than before?

Hazy, to be honest. First, we were confused about the received information and had to realize the importance of the genetic characteristics of the disease. It was the time of experiments: we tried out the available drugs and to our surprise, they did not necessarily have the same effect on the different family members. Unfortunately, my medicine, although it was very effective, as I did not have any symptoms for two months, had to be stopped because of the side effects. At that time research was not so widespread as today and we had to be satisfied with halfway measures. For several years we were under control, which was a comforting feeling, yet we had to wait for the real breakthrough in our therapy.

What did it mean in your case?

It happened in 1996 when we met a young doctor. It is always promising when ambition and talent go hand in hand. It was just the point in the case of Professor Henriette Farkas as well. She simply made us understand that our disease needed treatment – not in an accidental or haphazard way but systematically and carefully. She introduced a tailor-made therapy and started brand new research. She initiated regular meetings of patients in Hungary and made Budapest the home of HAE doctors, patients, and medical factory representatives every second year in the frame of an international conference. With her appearance, our life has changed in several ways. With the establishment of the Hungarian HAE Centre in 1999 from an uncontrolled situation, we found ourselves in a controlled state with our patient’s diary and information card always at hand. Our doctor also effectively helped us and in between, we managed to create a real community of patients who used to be isolated. As far as medication is concerned, in my case prophylaxis proved to be successful as I find it especially relaxing to feel a certain security. For the worst cases, for instance, laryngeal edema or severe stomach aches, a special injection is held in the fridge. This is also my secret weapon during my travels. It gives me indescribable relief to have it in my bag.

May we call this a happy ending?

Almost. There are still a lot of things to solve, though. Today the disease is not curable, just manageable. And there is the problem of inheritance. I myself did not dare to undertake the responsibility of passing on the disease to children. Yet, I think the next generation should be a little braver. Generally, medication is getting more and more accessible and treatment is personalized. There are more than 6,000 rare diseases in the world out of which 60 are manageable. HAE is one of them. So, why should we complain?

Can you name a few key factors, which help to cope with HAE?

There is no general recipe. You must develop your own strategy in your daily routine. Yet, I believe that diagnosis is a basic factor. I remember my life before and after the diagnosis and I do feel sorry for anyone who does not know the source of a disease. Smart and sympathetic doctors are indispensable, just as much as appropriate and accessible medicine. We were extremely lucky to have found a dedicated expert. Then I’d mention a loving family and friends who can understand your situation and are ready to help when you are in need, maybe in the middle of the night. As it is a genetic disease, a supportive family is usually given.

Last, but not least a special hope is needed to believe that it will be still better, even if medical progress seems to be always slow for patients. If we look back on the passing decades we should appreciate all the efforts made to maintain our physical and psychological well-being. Righteously we hope that the next decades will provide us with as many new chances and approaches as the previous ones did.

Aren’t you afraid that it will be too late in your case?

Not at all. I’ve been living with HAE for 50 years now. So, the second half of my life has just begun. And really, I’m a lot more optimistic than I was 40 years ago. I’ll be the first who will test the latest medicine at the age of 100!

Arianna’s story was published in February 2015. 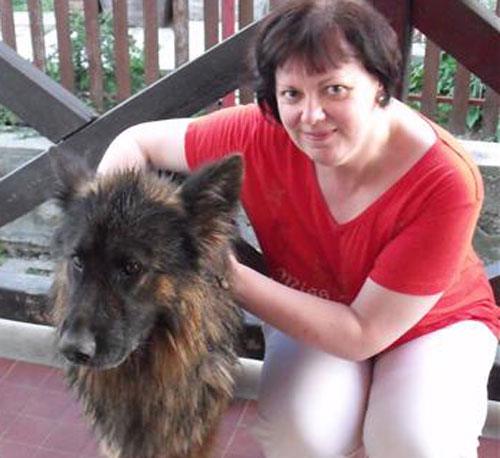 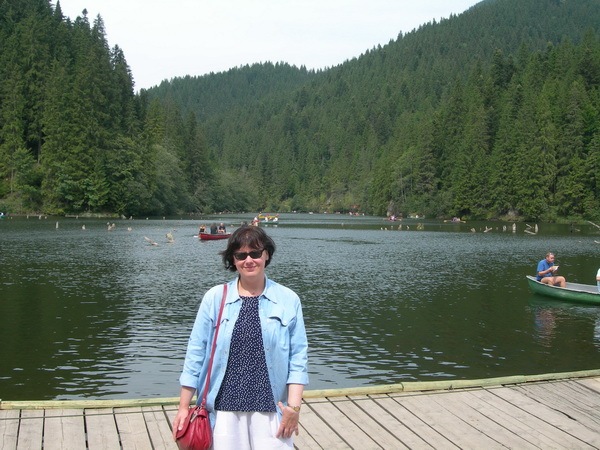 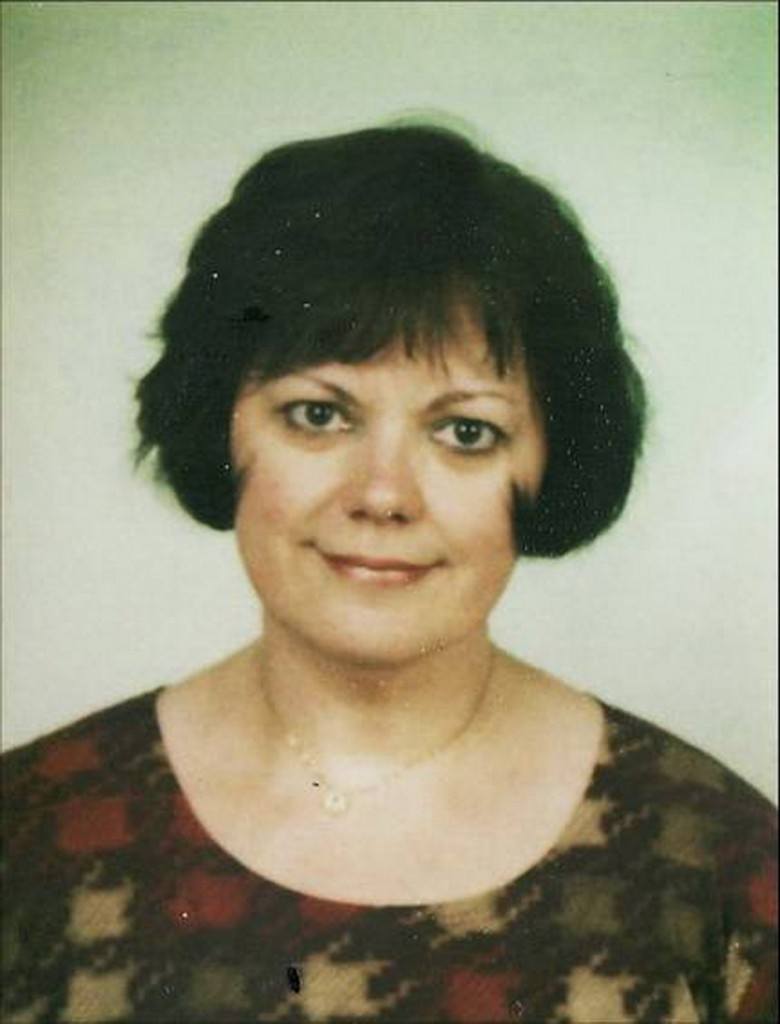 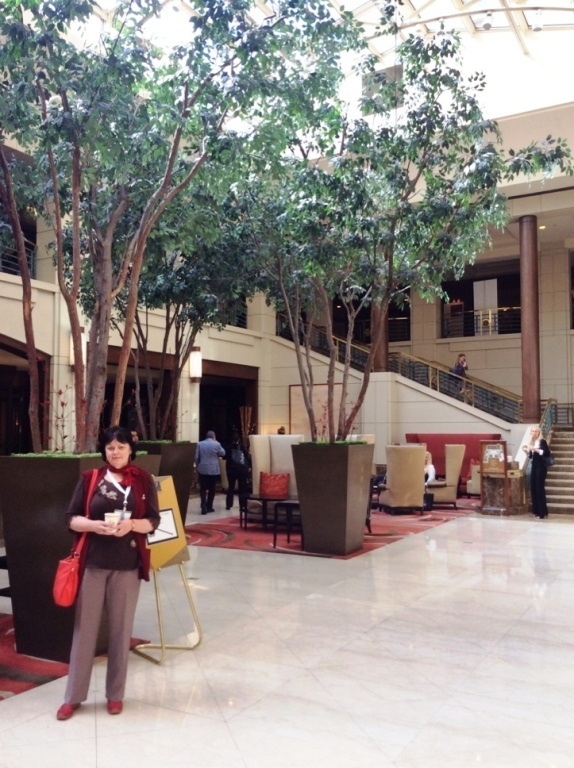