“I have really been lucky all the way through, you know”. That is how Erling Hess-Nielsen (Denmark) summarized his life – despite numerous hospitalizations and frustrating, incriminating malpractice.

Already as a child, I had monthly reoccurring attacks to the stomach with swelling and two-three days of vomiting. I remember some days in school as pretty painful, but I felt alright in between attacks so the disease didn’t keep me from living my life. For a great number of years I was member of a scouting organization, I helped in my father’s grocery store in the Danish capital Copenhagen, I took my lower secondary education from the institution “Efterslægten” – and at around 15 years of age I went on a biking trip with my friend Ib some 1,400-1,500 kilometers across Denmark. He knew about my disease and was aware that there would be days where I had to lie fallow and we adjusted to that fact.

But you didn’t know what kind of disease you were suffering from?

No, there were no prior experiences in my family. Even though I had an aunt who was a head nurse at a Danish hospital and whom I visited numerous times during my childhood nobody got even close to the right diagnosis. However, when I was 20 it came closer. At a time where I felt that a major attack was approaching, I went to the emergency department at Frederiksberg Hospital in Copenhagen. I was told that it was probably just chest pain of some sort and that I should go home. I refused and they told me that I could go and see the ear, nose and throat department but there wasn’t a great deal of help there either. In the end, I was referred to a private ward where I could stay while they sort of hoped that things would clear up by themselves. At a certain point, the pain got so severe that I collapsed on the floor. Luckily a nurse heard it and she got hold of a young doctor, Jørgen Paulsen, who was practising opera in a room nearby. He rushed in and made an emergency tracheotomy with a pocket knife. There is no doubt in my mind that he saved my life – indeed, it was quite remarkable that I survived.

And he made the right diagnosis?

No, but he gave me two very important things. The one was the message always to carry a sharp pocket knife and a fountain pen as its holster could be used if I should be in need of another acute operation to the throat. The other thing was a letter stating that any hospital should regard me as non-dismissible. The letter has come in handy many times whenever I have been hospitalized. The disease was no hindering for exciting jobs in my younger years. For instance when I drove an Arabian ambassador and his 17-year-old daughter around in Denmark for days in a big Cadillac. And I had seven weeks as a chauffeur and assistant, translator and facilitator for the film producer Grant Crabtree who made three films on Denmark for Encyclopedia Britannica in Chicago. I also began to study in order to become a programmer but I must admit that I saw no future in computing, so I became a teacher from Frederiksberg College of Education instead.

The diagnosis didn’t come until the 1970’s – after I had moved from Copenhagen and had been employed at Viborg County. Dr Finn Jeppesen at Viborg Hospital had read an article by Professor Dr Hugh Zachariae and referred me to him, and here I for the first time had the prophylactic medicine that eventually turned out to help. From I was 27 until I turned 63 I held management positions with Viborg County, the last one being at the Center for Teaching Aids. Among other things, this led to the role as chair of a great number of meetings with city councils as well as school commissions. Obviously, it was incriminating as I knew that an attack would occur every third or fourth week but if it happened during a meeting I just had to live with the pain and go out and vomit whenever it was possible, recovering after the working day had ended. But then again – I don’t think that the disease has kept me from having a really good working life. For 30 years I had only four actual working days where I couldn’t do my job. And I have not been kept from being very active in Round Table and Amnesty International, where I for more than 10 years was a member of a large local group in Viborg, gave courses for new members and held about 15 lectures a year.

Your son Thomas says that you are the most positive person he knows.

I have all the reason for being so as I have learned to live with the disease. You don’t die from even the strongest pain to the stomach and from vomiting for three days. I feel privileged as I had a good education as well as acknowledgement at work, three good marriages of 21, 16 and until now a good handful of years and had two sons who have both done well.

Things haven’t stopped just because I chose to retire in 2003. I still work as an advisor within my old field and for some 20 years, I have been working in order to transfer the best from Denmark to not least Lithuania. That has led to a number of other things such as the supply of hearing aids, prevention of crime among young people, and the development of institutions for multi-handicapped children in Lithuania. And I have had many trips, lately to the U.S. as well as Ireland, Italy, and England. I feel good about myself and my family, and then there is really no limits to what one can do, is there?

And you have had fewer attacks over the years?

Yes, today I really regard myself as being well. Just one pill a day helps me a lot. That creates a certain peace around the disease and myself, as I know that the medication works. It is not at all like it was in earlier years. I have had my appendix removed, have been brushed in the throat with adrenalin, and have been on a 14 days diet consisting of nothing but bread made from rice and Tuborg beer – all just because the doctors couldn’t find out what was wrong with me.

All in all, I consider myself lucky as I haven’t had as frequent and severe attacks like so many others with HAE. And I have never felt that it was something I could die from – not even that time at Frederiksberg Hospital. Back then I was involved in so many new and exciting activities that I more or less regarded the disease as something that I had to get over and done with. As there are long intervals between the attacks it is the days in between that count. I feel lucky all the way through – and not the least handicapped. Really, I feel just as I want to. 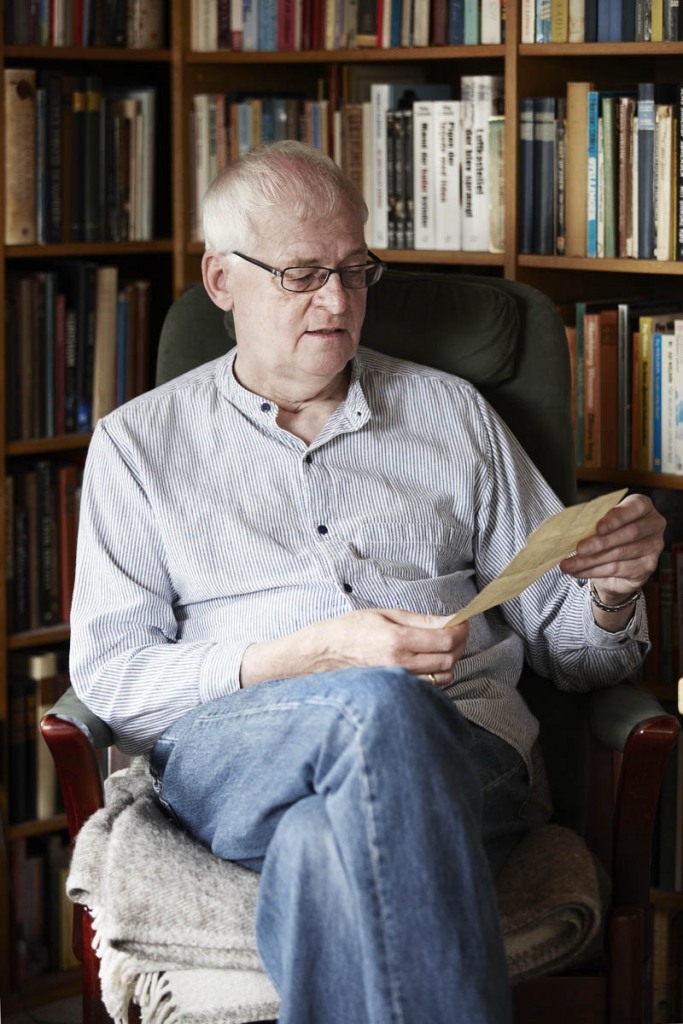 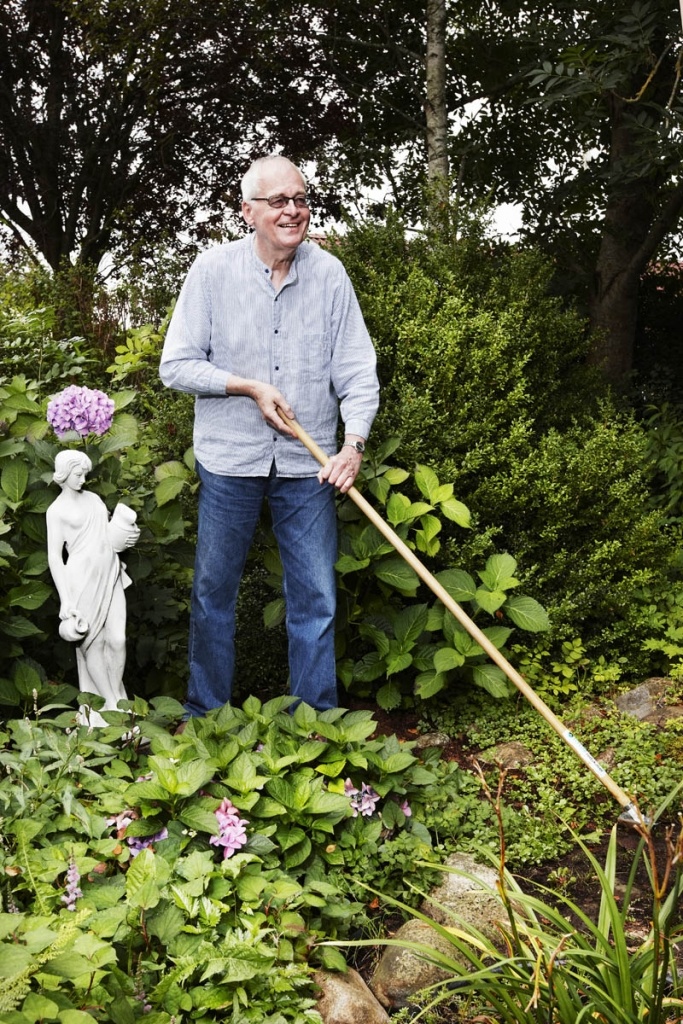 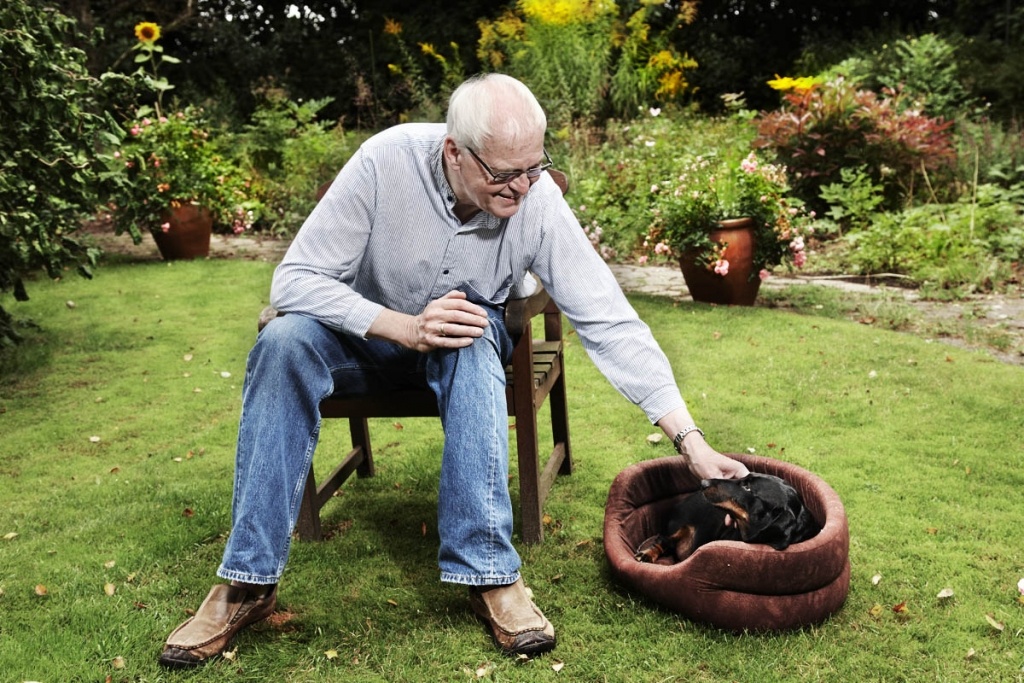