Viktar Lebedz (Belarus / United States) thinks that children’s disorders give parents additional impulses to go ahead and find a way to protect the new generation from what the older ones have had to go through.

I have been suffering from and trying to understand HAE for over 25 years of my life. During this period I have had many sudden swellings, unnecessary treatments, and even surgery. The first attack I remember was swelling on my feet. I was a four-year-old kid and it was painful for me to walk so I crawled from one room to another. As a child, I liked active games, but almost every accidental hit to my forehead caused acute facial edema with my eyes closing and lips inflating to unbelievable size. Often my hands were swollen, too.

At that point in your life you weren’t diagnosed – in fact, no one in your family were. How did you and your family react to attacks from a disease you did not know what was?

Naturally the repeating cases of an unknown allergy – combined with the absence of effective medicine – made both my family and me more cautious. However, the pleasure of playing together with friends was much more valuable, so the attacks would continue. During my school years, I frequently suffered from stomach pain, usually with vomiting and weakness. These were the symptoms of abdominal edema but at that time it was diagnosed as gastritis and in one case unfortunately also as appendicitis. My father Josef had similar symptoms and laryngeal attacks, too. The hereditary form of our illness was evident to everybody, but no one knew what was wrong with us and no one could stop the swellings.

Your laryngeal edemas started in puberty.

Yes, during those years I had one to two per year. They limited me when it came to traveling – I couldn’t very well be far away from a medical center. Well-known to the physicians at the intensive therapy, I was usually intubated whenever I went to the hospital with a throat attack.

How did the attacks affect your ability to study?

Due to the episodes of swellings and stomach pain, I missed quite a number of my classes at school and later at the university as well. Fortunately, I was able to catch up with the lessons I missed, so the disease hasn’t affected my performance seriously. In addition, I was lucky enough not to miss my exams. The attacks usually appeared right after them.

In 2002 my son Nikita was born. Knowing that my attacks had appeared already in infancy and not seeing the same symptoms on Nikita, we – that is my wife Luda, the whole family and I – hoped that the child hadn’t inherited his father’s rare and dangerous condition. Well, that lasted until 2009.

But before then something you characterize as “a happy coincidence” happened.

Yes, on the eve of the New Year 2005 – at the age of 25 – I suffered a particularly bad laryngeal attack. Afterwards, I couldn’t see for a few days and I hardly spoke and walked for a couple of months. An involuntary shaking in my hands still reminds me of that episode. It was during this hospitalization that I met Dr Valentina Zhemoitiak – a paediatrician and medical scientist, who got to know about me by what was indeed a happy coincidence. She identified my symptoms, diagnosed HAE and ultimately changed my life by prescribing steroids, the only treatment option at the time – and that helped me.

And what about other members of your family?

My father was diagnosed right after me – and a few years later my younger sister Olia. She had neither visible swellings nor periodic abdominal pain till the age of 26 when her first attacks appeared. Her disorder showed it could be hidden for years.

Well, one morning – he was six years at the time – Nikita woke up with one of his hands swollen. I remember he asked me why his arm didn’t move, why it had occurred, why it happened to him if it would happen in the future, how to stop it and so on. It was not easy to answer these questions and properly explain what was going on, trying not to frighten the child. A week later Nikita’s HAE diagnosis was confirmed.

It is only fair to say that Nikita’s diagnosis was a turning point for you, isn’t it?

Indeed. It is true that children’s disorders give parents additional impulses to go ahead and find a way to protect the new generation from what the older ones have had to go through. At that time I began researching HAE on the Internet.

Soon I learned of others who had HAE and realized I was not all alone with this condition. I came across the HAEi website and it provided me with so much information. Shortly after this, I created www.hereditary-angioedema.org, an HAE-related website in Russian that gives Russian-speaking people of the former USSR a chance to learn about the symptoms and treatment, share their personal stories and receive support. Sharing words of encouragement is especially important for patients who live in places where treatment for acute attacks is not available.

In 2010 we established the organization “Save Immunity” in Belarus. It unites patients with Primary Immunodeficiency as well as with HAE. Together we set up a connection between patients and their relatives, medical centers, pharmaceutical companies and the government.

The year after I met Henrik Balle Boysen, the Executive Director of HAEi. It is only fair to say that it was a meeting that transformed my life as I became deeply involved in international HAE activities. From 2012 to 2014 I was a member of the HAEi Executive Committee and I met lots of great people who are raising awareness of HAE throughout the world.

We did – and eagerly so. Soon we installed special relationships with the HAE organization in our neighboring country Poland and its President, Michal Rutkowski. For me, Poland is a very good example for many other national patients’ communities of how to improve things.

My HAE friends from Belarus, Poland, the Czech Republic, Norway, Denmark, France, the United States, Hungary, the United Arab Emirates, Ukraine, Russia and many more now are my HAE family.  Understanding of this is priceless when you realize that just a few years ago I was all alone with an unknown hereditary disorder.

How did the United States get into the picture for you – and why?

It so happened, that in 2014 my family and I got a chance to move to the US. The availability of effective HAE medication was our major reason for moving, really. Now, we live in Fort Wayne, Indiana and my son, who just recently entered his adolescence period with all possible dangerous HAE consequences, finally has access to intravenously delivered plasma-derived C1-inhibitor. That really is invaluable.

The move to the United States gave me the possibility to join the US HAEA community that has provided great activities and incredible patients’ support. With the assistance of HAEA President Anthony Castaldo, Patient Services Team Member Sherry Porter, and Nurse Reimbursement Manager Nikia Davis we found an HAE physician, as well as the appropriate health insurance plan and the people from US HAEA, have made our entry to the community very smooth.

But you are still involved in HAE Belarus?

For sure I am. Thanks to modern means of communication it is easy to be in touch despite geographic location and time difference. Together with other patients, physicians and volunteers from Belarus we have developed a set of activities to improve HAE diagnosis – that really is the major problem – and support HAE patients.

One of our actions in HAE Belarus is a story about an exclusive HAE patient – the beautiful handmade doll Nadia who suffers from HAE and is looking forward to effective medication available in Belarus. If you want to meet Nadia you should go to www.haedoll.org.

As one of the most recent efforts HAE Belarus arranged the first HAE scientific medical workshop in Minsk, Belarus. It took place in April 2015 and was among many others joined by the renowned American HAE scientist, Prof. Bruce Zuraw who gave a wonderful lecture to Belarusian allergologists and immunologists about HAE, its symptoms, modern diagnosis, and treatment. I want to believe that all these and future steps and efforts will gradually improve the situation with HAE in my native country.

And how is the HAE situation in your family in Belarus now?

Well, at the moment the youngest generation with HAE in my family is my lovely one-year-old niece Julia. Recently her blood was tested in the lab and it has been confirmed that she has the same gene mutation as mine. So far she has no symptoms, but we have to be prepared for the illness that could wake up.

I really wish that there was some sort of “miracle” that could stop HAE attacks. It would provide HAE patients and their families with a sense of protection. Until we get there I will do my best to raise awareness of HAE.

Viktar’s story was published in October 2015. 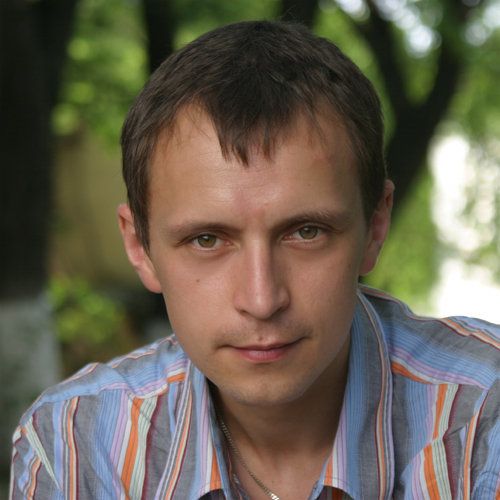 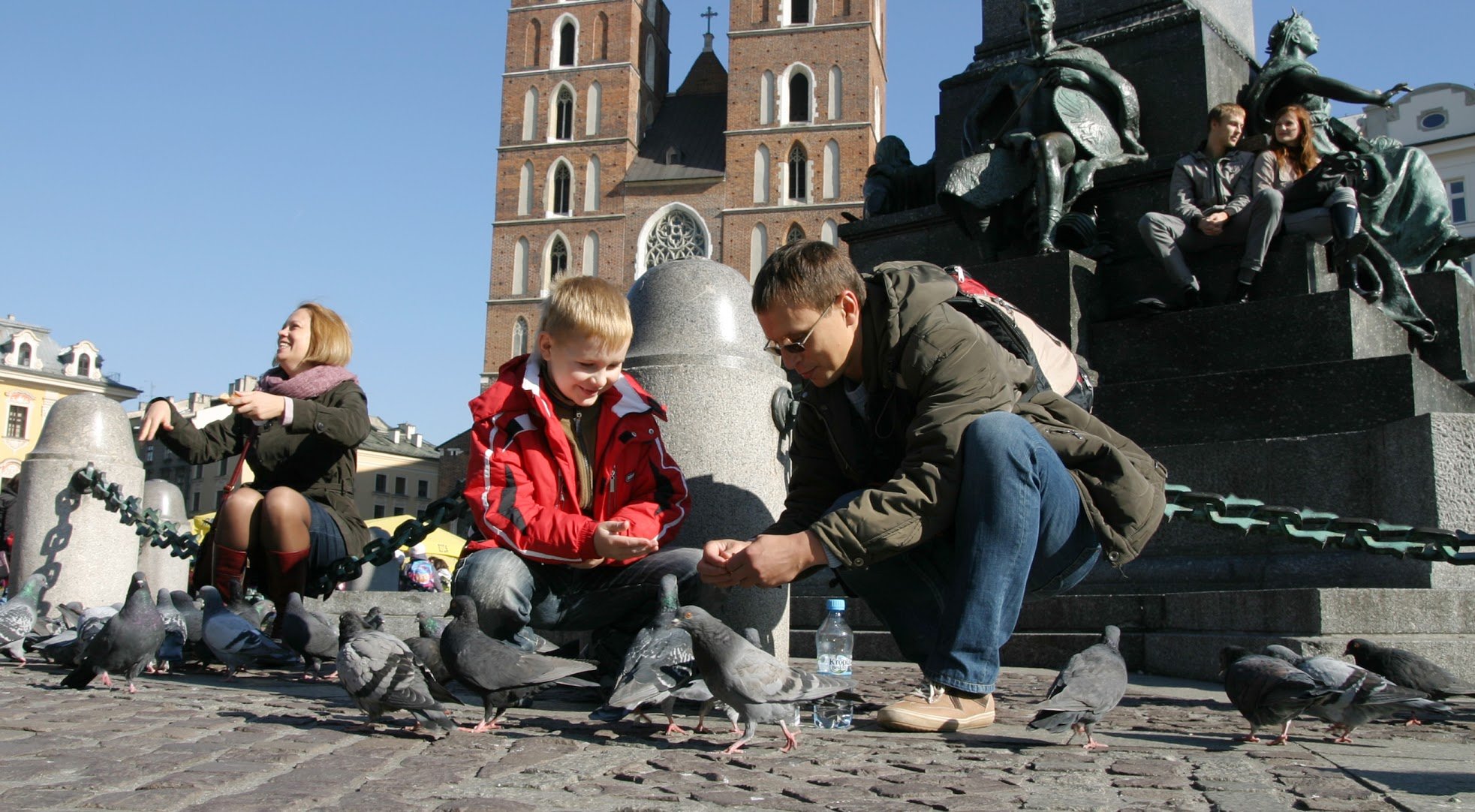 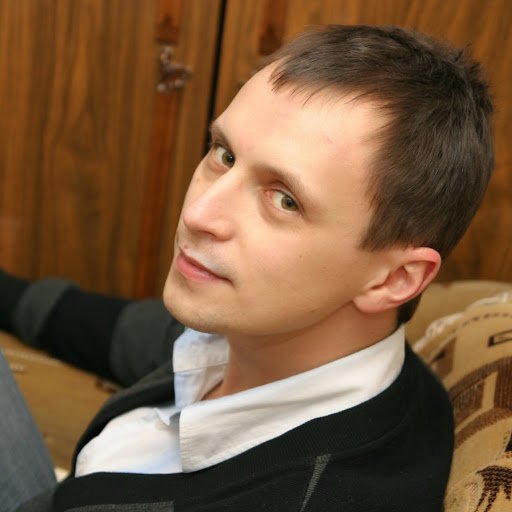 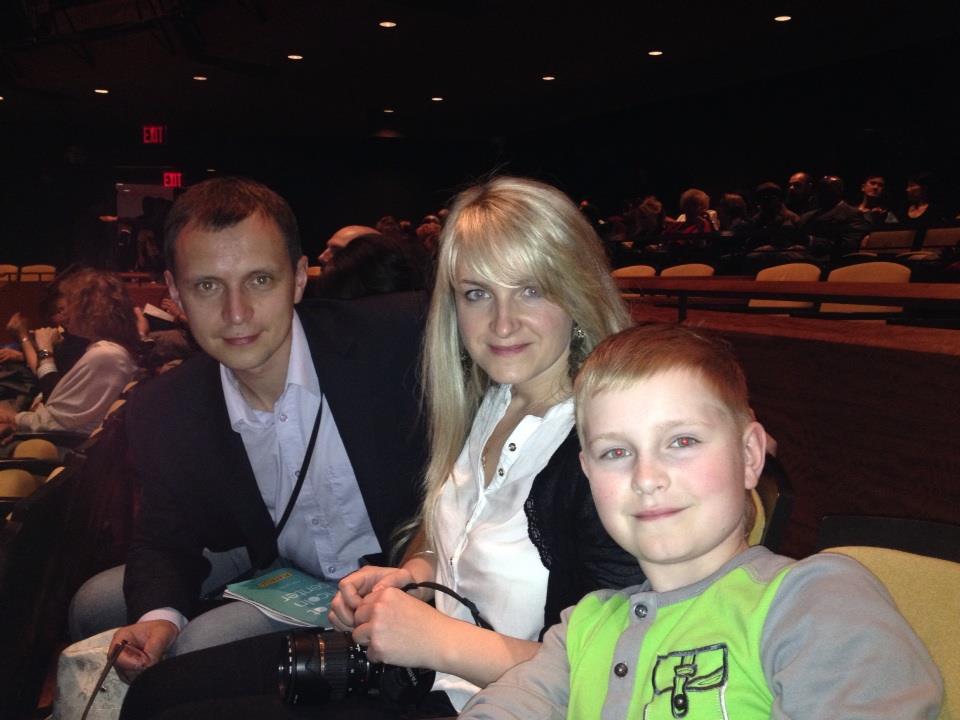 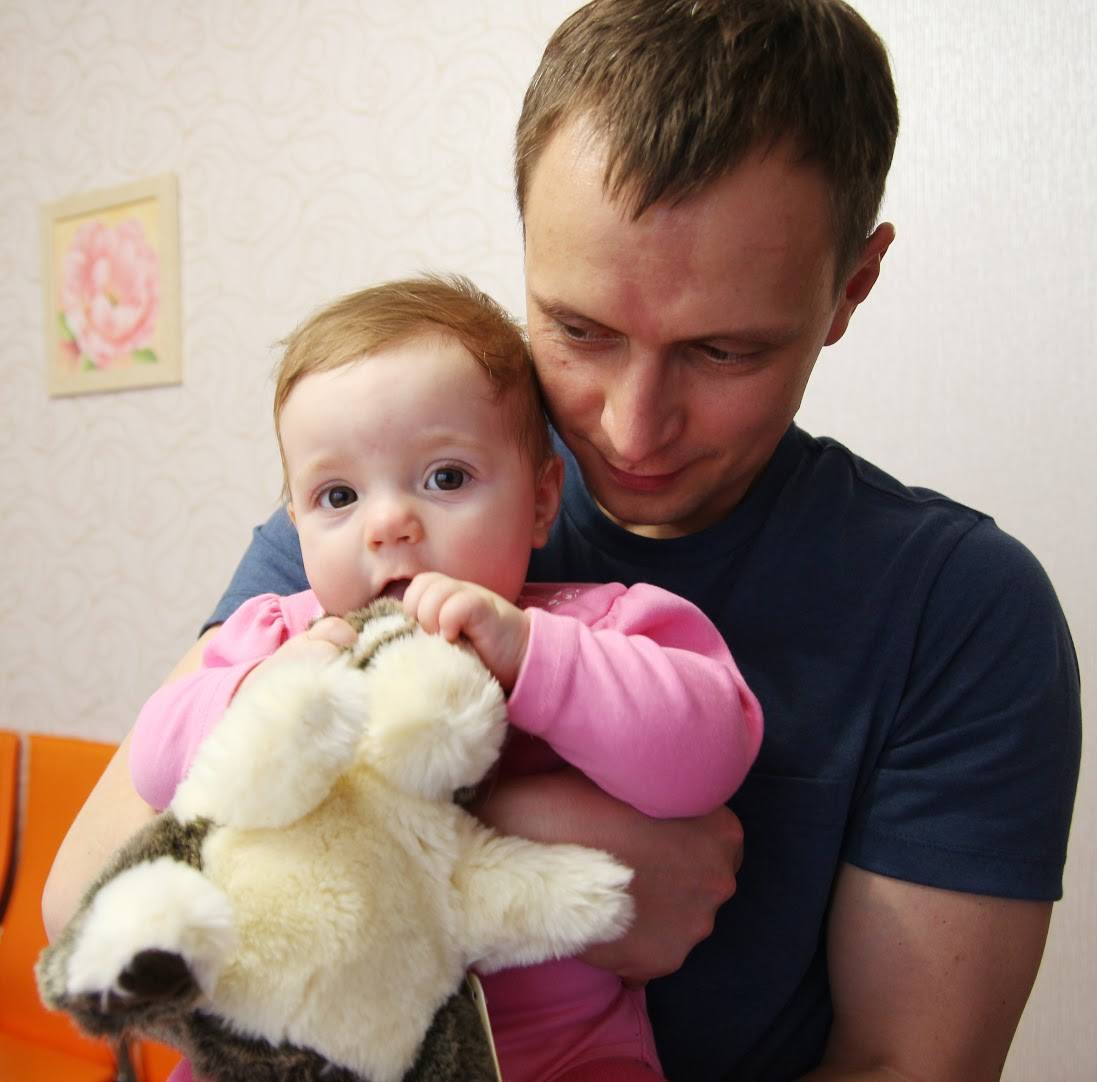 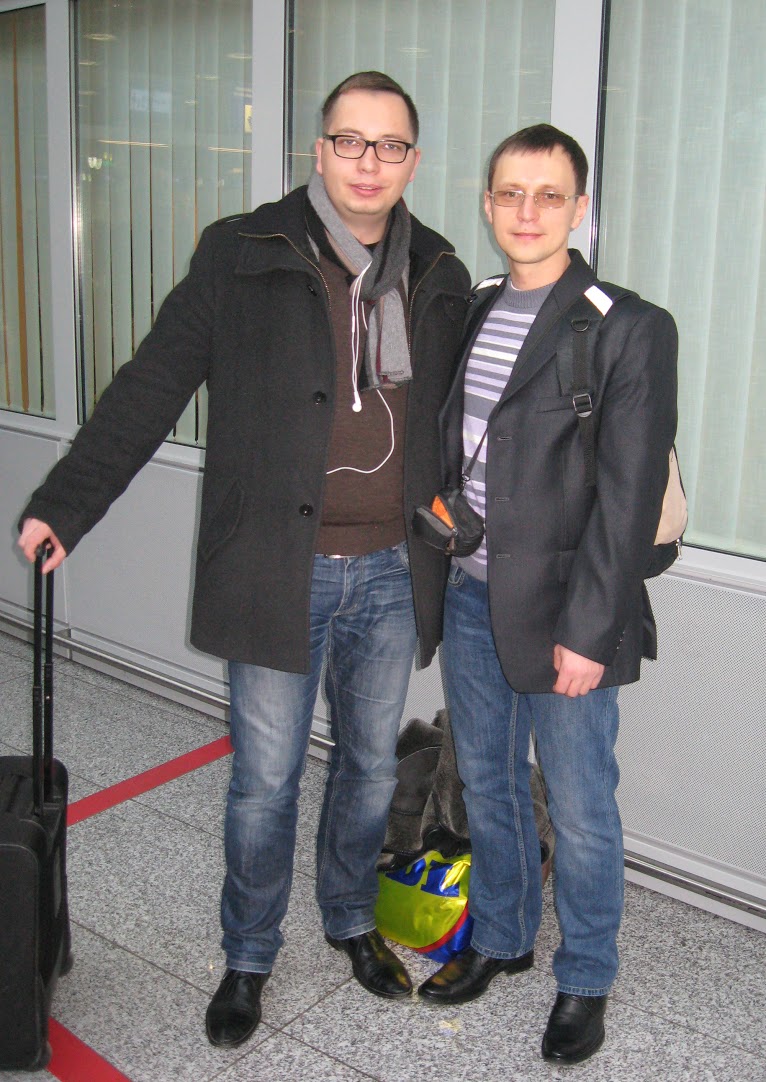 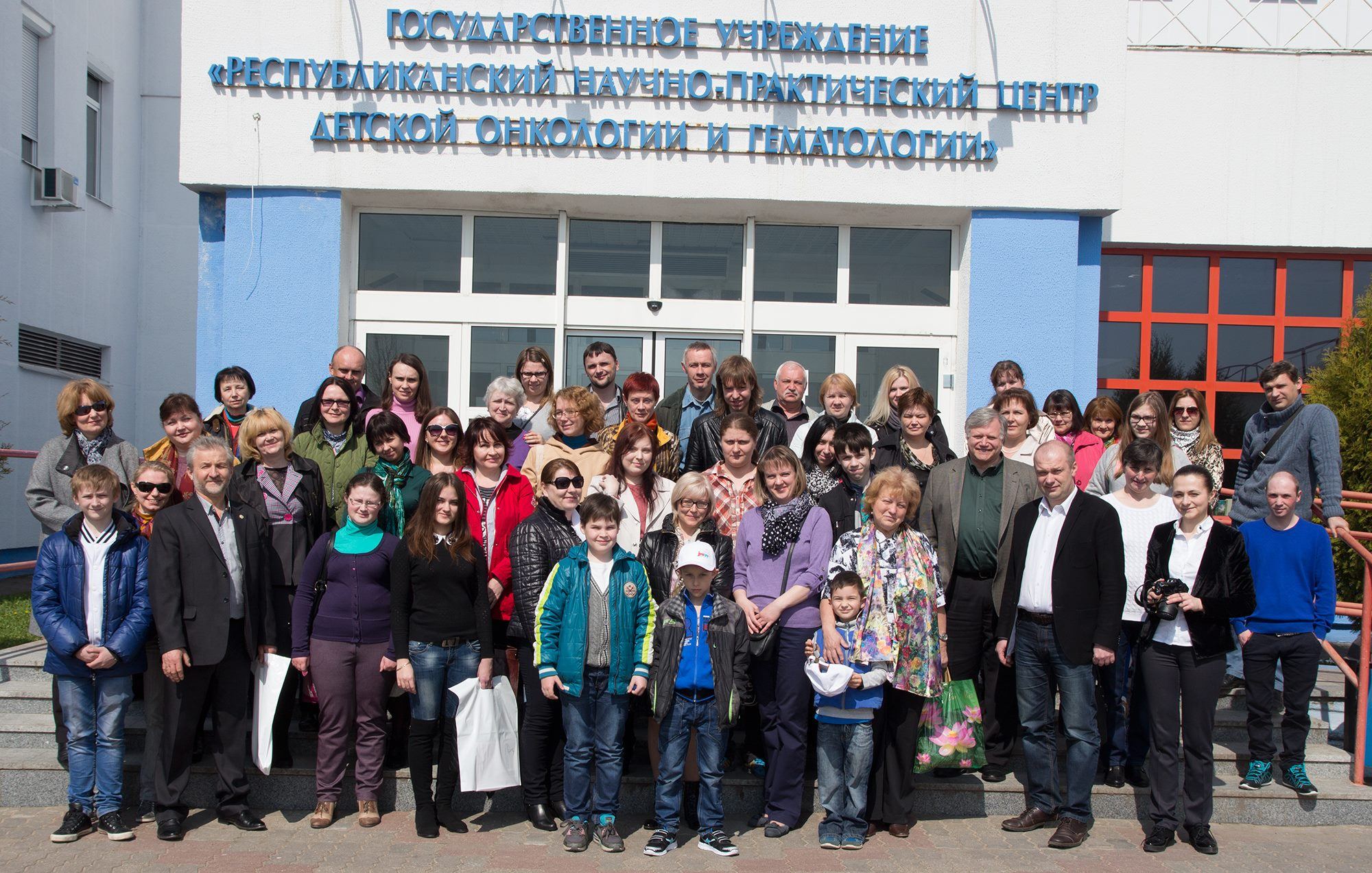